Exclusive interview with Alexandra Sokoloff about The Unseen 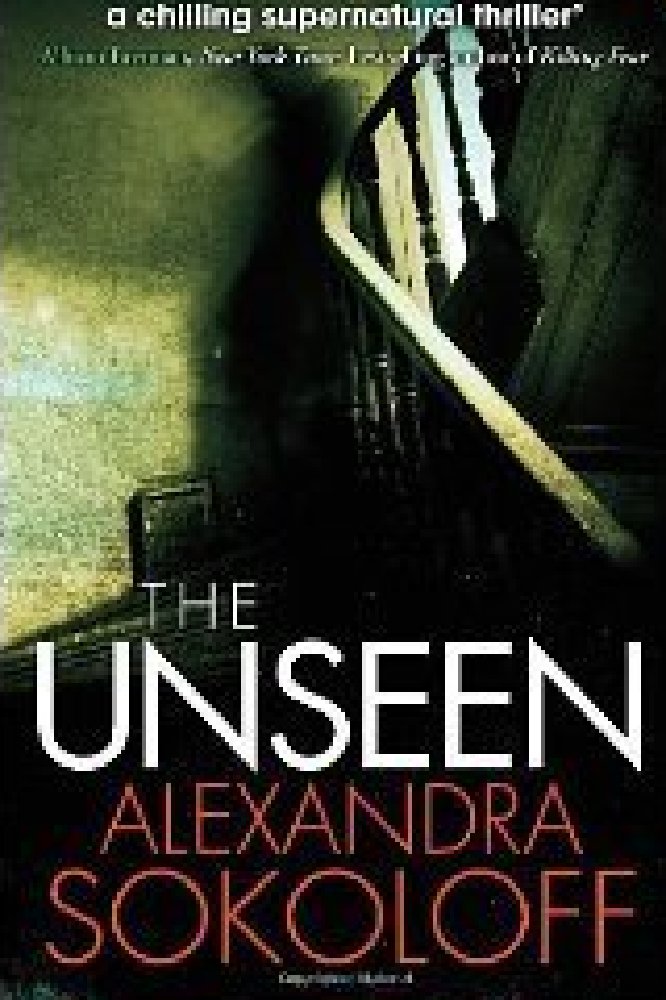 Please can you give us a brief synopsis of your book The Unseen?

It’s a psychological thriller about a team of research psychologists and two psychically gifted students who move into an abandoned Southern mansion to duplicate a controversial poltergeist experiment, unaware that the entire original research team ended up insane... or dead.

The book is based on real experiments that you have embellished, so please can you expand on this for us and how long did it take you to research for it?

I was inspired by the real-life, world famous ESP research that took place at the Duke University parapsychology lab, headed by Dr. J.B. Rhine, from the 1930’s to the 1960’s.

As the daughter of scientists, I was always completely fascinated by the idea of testing something as spooky cool as ESP in a laboratory setting.  But what really hooked me about the history of the Rhine lab was that in the sixties, the researchers started doing field studies of haunted houses and poltergeists.

I know what a ghost is, kind of, but a poltergeist is such an elusive - creature.   Is it the random sexual energy of an adolescent gone wild?  Is it a particularly noisy and mischievous ghost?   Is it an otherworldly entity?  Or a disturbed teenager faking spooky effects for attention?

The mystery of it has always fascinated me, and over the years I’ve read anything I could get my hands on about the subject.  So you could really say that I’ve been researching this book since I was nine or ten years old.

How difficult is it to write supernatural fiction that is different given the saturated market in both books and films?

I think my own slant on it is that I’m not writing monsters or overtly fantastic entities or creatures (the exception being the paranormal series I co-write with bestselling authors Heather Graham and Harley Jane Kozak: The Keepers).  And I don’t write gore, either.  I far prefer more subtle psychological suspense in which there’s always a question of whether what the characters are experiencing is really supernatural or if it might be a psychological state brought on by extreme trauma (as in The Price), or a complicated prank by other characters (The Harrowing), or a con that uses, among other things, hallucinogens, to simulate a supernatural experience (Book of Shadows), or the mental breakdown of a troubled teenager (The Space Between).  I guess what I’m really doing is crossing psychological thrillers with the possibility of the supernatural.  And in my new Huntress Moon crime series, I’m writing a straight crime thriller with a very remote possibility of a supernatural element.  Also, I write books that are equally balanced between male and female characters, which is a standout in itself.

Tell us about the development of this story from your initial ideas.

I’d always known I would write about the Rhine lab ESP experiments. But the story clicked into place when I learned that there are actually are seven hundred boxes of original research material and files from the parapsychology lab stored in the basement of the graduate school library at Duke. And they've only recently been opened for public reading. That's when I knew what the story was going to be — as a thriller writer you just live to be handed a story line like that!

I truly believe that when you commit to a story, the universe opens up all kinds of fantastic opportunities to you. While I was writing the book, I was able to spend a whole week in an isolated Southern mansion that is notoriously haunted, and I was able to model my poltergeist mansion on that very real one. It was what they called a “Yankee Playtime Plantation” in the last quarter of the nineteenth century, the fox hunting lodge of coal magnate James Boyd (now known as the Weymouth Center for the Arts).  James Boyd’s grandson James rebelled against the family business to become - what else? - A novelist. Boyd wrote historical novels, and his editor was the great Maxwell Perkins (“Editor of Genius”), and in the 1920’s and 30’s the house became a Southern party venue for the likes of F. Scott Fitzgerald, Sherwood Anderson, and Thomas Wolfe. That literary aura pervades the house. And although I didn’t have any of my own hauntings while I stayed there, I’ve talked to dozens of people who have had eerie experiences in the house.

So I was able to use some of that rich history, and the truly spooky ambience of the house, to create the atmosphere of the book.

Best known for your supernatural thrillers, who have been your reading influences in this genre over the years?â¨

So many!  All the classics, from Shakespeare (yes, he did write supernatural!) to Stephen King. But my biggest influences have been women: Mary Shelley, Shirley Jackson, Daphne DuMaurier, Charlotte Perkins Gilman - all of whom tell ripping good scary stories, dripping with perverse sexuality and unnerving psychological insight, but from an unmistakably and unrelentingly female point of view, about oppression and patriarchy and a kind of madness, but prophetic madness, that comes with always being the Other. These days I especially love the dark psychological tales of Mo Hayder, Denise Mina, and Tana French. Women have a lot to say about the dark.

You are a graduate of U. C. Berkeley, so did your studies there pertain to your career now as a writer?

I think maybe my extracurricular activities at Berkeley were the best research I did for a writing career!  But aside from that – I was a theater major, which in my book is the absolute best training for writing, because you are constantly engaging with a live audience.  You know instantly what works and what doesn’t – character, suspense, pace, plot - on an emotional, visceral storytelling level.

When did you first realise that you had a passion to write?

I don’t know if the word is “passion” so much as “compulsion”. I was always writing as a kid and as a teenager, endless journaling, melodramatic poetry, that kind of thing. But I never thought I would end up a writer. I was so into theater – acting, directing, dancing, and choreography. All of that obviously was leading up to the writing. But the moment I said—"That's it, I'm going to write"? That was when I saw my first one-act play, one that I'd written for a class at Berkeley, performed. The characters I'd created walked out on stage, live, and it was like I imagine heroin has got to be. I was God. That was it—hooked. It was all about writing from then on.

The Unseen is terrifying in parts, so what scares you the most in fiction and life?

I think like most women, I’m most scared by the things that are dangerous to us on a constant, ordinary level – like walking out of a grocery store alone into a parking lot at night. It’s the evil that people do that terrifies me more than anything. Give me supernatural entities over that, any day. But fiction can be a great catharsis for the fear that we live with – in my books I can depict evil and also show good characters making a stand, and triumphing in small or sometimes larger ways.

Do you draw any of your influences from movies?

I draw my influences from absolutely everything, but I am as obsessed with movies as practically everyone else on the planet, and I worked for quite a few years as a screenwriter, so I’m probably more influenced by film than most authors are.  I believe my job as a thriller writer is to put an entire movie into your head, and I’m very gratified to consistently hear from my readers that they can always see my books as if they were movies. I teach and blog about film structure and cinematic techniques for writers, and have written two books about how to do that, my Screenwriting Tricks for Authors workbooks.

What is the appeal of a haunted house for you and the reader?

A confined space like a haunted house (or in The Harrowing, a haunted dormitory!) is such an emotional and psychological pressure cooker for the characters. It’s almost as if the intensity of interaction, including sexual tension, creates the psychic effects.  Which is in fact a theory of what causes poltergeist activity. And the house of course is a character all on its own.

What is your favourite novel?â¨

Of my own, or someone else’s? I’m very partial to Shirley Jackson’s masterpiece, The Haunting of Hill House. My favorite YA is A Wrinkle in Time.  My favorite play is Hamlet.

My crime thriller Huntress Moon, about an FBI agent on the hunt for a woman who may or may not be a serial killer, came out last year as a direct-to-e-book and was so successful that I immediately wrote a sequel.  Blood Moon will be out in April, and I’m already on to the third in the series, which will also come out this year.  I’ve never written a series before; it’s a whole new adventure and opens up a much more intimate relationship with readers; they really commit to the characters. I’m loving it. And for readers who need something a little lighter, I have another book in The Keepers series out in May. 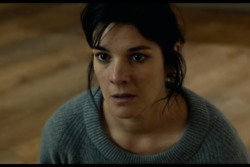 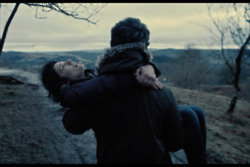 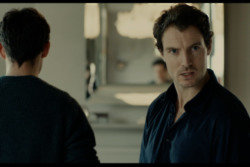