BeyoncÃ© Knowles has reportedly put her wedding to Jay-Z on hold to focus on her acting career. Sources claim the stunning star, who has confessed she would love to win an Oscar, has scrapped plans to marry the rap star within the next year because her work schedule is so busy. After filming a role in the new 'Pink Panther' movie with Steve Martin, BeyoncÃ© has reportedly been offered a staggering 12millionGBP to star in a film based on her amazing life story. A friend revealed to Britain's Daily Star on Sunday newspaper: "BeyoncÃ© is very much in love and does want to make the ultimate commitment to Jay-Z by marrying him. But it will have to wait because she is snowed under with recording and beginning to think about the new movie." BeyoncÃ© is set to start shooting the autobiographical movie in October and she will also record the soundtrack. A young actress will play the sexy singer until she is 16, when BeyoncÃ© will take over and play herself. In January, Jay-Z, reportedly revealed that the couple would tie the knot "very soon". The smitten pair were at a New York party when Jay took to the microphone with BeyoncÃ© next to him and announced: "This woman beside me is my best friend.

I love her so much and I will marry her very soon." 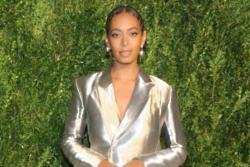 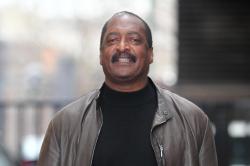 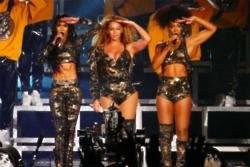