Kate Bosworth Reveals Why She And Orlando Bloom Split

Kate Bosworth reportedly dumped Orlando Bloom because she was fed-up with his male friends.The screen beauty revealed the final straw came after the heartthrob actor spent a debauched night out with fellow star Sean Bean.The sexy actress was reportedly virtually ignored earlier that evening at the Golden Globe Awards, where her boyfriend of three years chose to chat instead to 'Pirates of the Caribbean' co-star Johnny Depp. He then disappeared with actor Sean Bean for a heavy drinking session until the early hours. A source close to the couple, who met on the set of a Gap advert in 2002, is quoted by Britain's Daily Star as saying: "Kate always knew that Orlando liked to chill with his mates, but it just started to get ridiculous."With their busy schedules they hardly got to see each other as it was, so when he disappeared with the boys it was awful."She told him that she couldn't see the relationship working unless they made more time for one another. But it just didn't happen."

Despite Orlando taking Kate on a make-or-break holiday to Brazil last month in a bid to repair their relationship, she decided she had had enough.

The friend added: "Orlando is a social bloke and he misses the camaraderie of the laddish drinking culture in the UK. When Sean was around he jumped at the chance to sink a few jars." 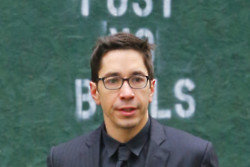 Justin Long finds 'The One' amid Kate Bosworth romance speculation 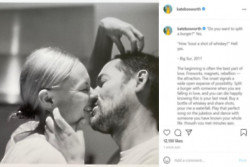