Alexandra Burke has split from footballer Angus MacDonald after 15 months of dating.

Alexandra Burke has split from her boyfriend. The 'Broken Heels' hitmaker has parted ways with Angus MacDonald after 15 months of dating after struggling to find time for one another, and the 32-year-old singer has already removed all traces of the footballer from her Instagram account.

A source told MailOnline: "Alexandra and Angus both have busy careers and it's been hard to see each other during lockdown.

"It felt like the best decision for them to cut ties and for Alexandra that involved removing any pictures of them together from her Instagram."

Alexandra and Angus were first romantically linked in July 2019 when they were spotted watching the tennis together at Wimbledon, just weeks after the former 'X Factor' star split from fiance Josh Ginnelly.

In August that year, Angus was diagnosed with bowel cancer but was given the all-clear in December.

Alexandra recently admitted she had had frank conversations with Angus about what having mixed race kids could mean for them.

She said: "I've had conversations I've never had before in relationships.

"I talked to Angus about the fact that, if we had children, even though he is white, the kids would be seen as black. And that he needed to understand what that meant.

"I told him that if I didn't hear from my brothers for a few days I'd worry something bad had happened, or something involving the police, because that's how it is when you're black. It's part of your life.

"When I gave my mum money to buy a car, she was turned away from two Mercedes dealers because they didn't think she looked like she could afford that car." 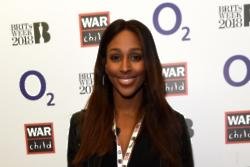 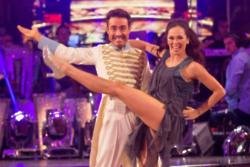