According to Cate Blanchett, the push for gender equality is "not just a fashionable moment in time".

Cate Blanchett insists the push for gender equality is "not just a fashionable moment in time". The 51-year-old actress has hit out at gender inequality within the movie business and has admitted she's felt "out of sync" with the industry for a long time.

She explained to Radio Times magazine: "I always knew in my DNA that women were equal to men. I couldn't quite understand why the industry and work environment that I got spat into didn't reflect that, so I felt out of sync for a long time.

"At one point, I started doing a head count of the ratio of men to women on every set I walked on.

Earlier this month, meanwhile, Cate admitted she faces a "constant juggle" between work and family commitments.

The 'Miss America' actress - who has Dashiell, 18, Roman, 16, Ignatius, 12, and five-year-old Edith with husband Andrew Upton - thinks it's a "rare partnership" where men accept the same level of responsibility to home life.

She said: "I know, as a working mother who identifies as a feminist, it's a constant juggle between ­foll­ow­ing your personal and professional passion, and trying to give yourself over to and serve your family.

"It's a very rare partnership where the men also accept that responsibility in making things work."

Cate has always been a feminist but recalled the backlash she received for her desire for equality when she was younger.

She said: "I grew up in a backlash when you were considered a man-hater in the 1980s, and that you wanted to prevent men from doing things, simply because you were identifying as someone who had equal possibilities in the world in which you were emerging.

"I couldn't understand how, even as a teenager, the notion of equality was so difficult for people." 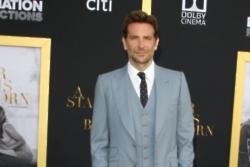 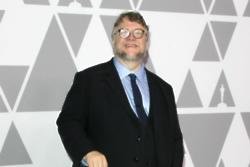 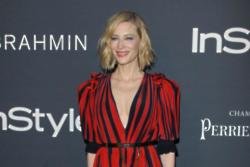