Donald Trump feared being killed by "dangerous" fruit when he heard protesters were planning to pelt him with tomatoes at a 2015 campaign rally. 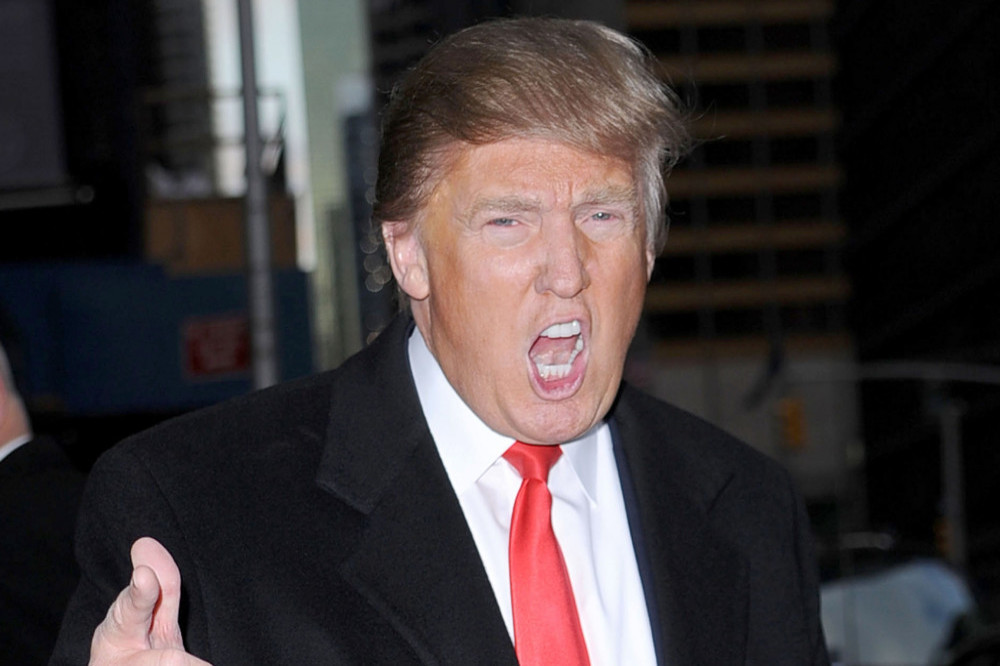 Donald Trump was concerned about having fruit thrown at him

The former US president confirmed in a deposition that he had asked people "in jest" to intervene if they saw protesters at a 2015 campaign rally gearing up to pelt him with tomatoes or other edible objects because he feared he'd be seriously injured or worse if one of them had made contact.

A transcript of the deposition - which is part of a lawsuit filed by a group of protesters who alleged they were assaulted at the rally by the former 'Apprentice' star's security guards - was recently released.

The demonstrators' attorney, Benjamin Dictor, asked Trump: "Okay. And you said that, 'If you see someone getting ready to throw a tomato, just knock the c***out of them would you.' That was your statement?"

The ex-Commander-in-Chief replied: "Oh, yeah. It was very dangerous. We were threatened.

"They were going to throw fruit. We were threatened. We had a threat."

Asked how he was aware of the fruit threat, Trump replied: "We were told. I thought Secret Service was involved in that, actually. And you get hit with fruit, it's - no - it's very violent stuff. We were on alert for that."

His own attorney, Jeffrey Goldman, interjected: "A tomato is a fruit after all, I guess. ... It has seeds."

Trump continued: "It's worse than a tomato, it's other things also. But tomato, when they start doing that stuff, it's very dangerous. There was an alert out that day."

The demonstrators' lawyer then asked the 75-year-old business mogul who he had asked to "knock the c*** out of" anyone trying to throw fruit.

During a 1970 anti-war protest, then-President Richard Nixon was hit by "eggs, tomatoes, and vegetables", while on a 2012 visit to Egypt, Hillary Clinton, who was Secretary of State, had tomatoes thrown at her motorcade.

And in 2009, two tomatoes were thrown at former Alaska Governor Sarah Palin at Minnesota's Mall of America.

None of them were hurt.