'The Hills: New Beginnings' will be back on screens for a second instalment after the current series ends.

'The Hills: New Beginnings' will be back for another series.

MTV has confirmed the reboot of the original 'The Hills' - which ran from 2006 until 2010 - is returning with a second instalment just four episodes into the current series.

A post on the official Twitter page for the show reads: "Keep calm and grab your crystals, because #TheHills: New Beginnings will be BACK for Season 2! https://on.mtv.com/2XVlk0t (sic)"

It's not yet known which of the cast members will be back for the next series or whether new people will be introduced.

Spencer previously teased that the reboot could go on for years.

The current series hasn't been short of drama.

Last week saw Brody admit he really wishes his dad Caitlyn Jenner had been at his wedding.

The 69-year-old reality star - who was formerly known as Bruce Jenner before starting her gender reassignment process in 2015 - didn't attend her son's big day in June 2018 when he tied the knot with Kaitlynn Carter, and the 35-year-old hunk admitted it "hurt" not having Caitlyn there.

Speaking on the hit cable show, he said: "Not having my dad at the wedding, it was a bummer. Honestly, it really did hurt and I would have loved to have her there, but she had better things to do. Apparently."

Audrina admitted her divorce from Corey Bohan - who is the father on her three-year-old daughter Kirra - has been difficult to deal with and she also opened up about still having feelings for Justin Bobby.

Other episodes saw Mischa confront Perez Hilton about past online bullying, whilst Stephanie accused Heidi of manipulating her brother Spencer as their feud wages on. 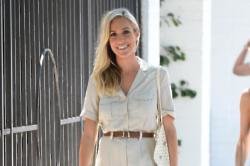 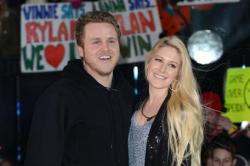