Kim Kardashian West and Emily Ratajkowski have posted a topless selfie together in an apparent response to the outcry the 'Keeping Up With the Kardashians' star caused earlier this month.

Kim Kardashian West and Emily Ratajkowski have posted a topless selfie together. 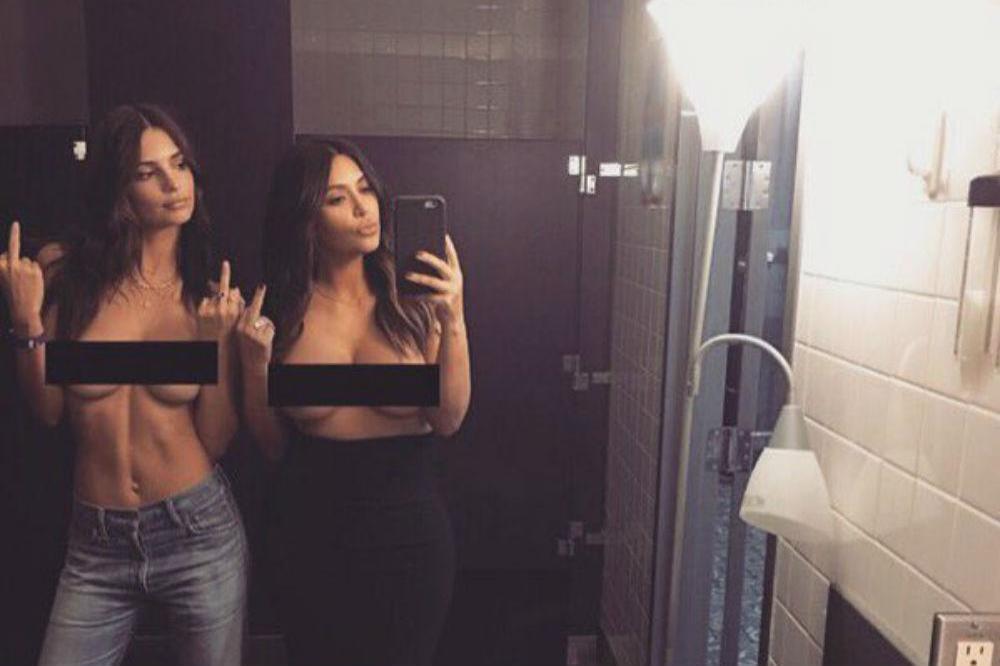 The 'Keeping Up With the Kardashians' star was joined by the 24-year-old actress in front of a bathroom mirror for the picture, in which they both held their middle fingers aloft, in an apparent response to the outcry which Kim faced earlier this month when she shared a nude selfie in which she had strategically-placed black bars protecting her modesty.

Though clad from the waist down, the women had similar black bars across their chests, and Kim captioned the picture: "When we're like... we both have nothing to wear LOL @emrata (sic)"

Meanwhile, Emily shared the picture and defended her right to "express [her] sexuality" however she chooses.

She wrote: "However sexual our bodies may be, we need to hve the freedom as women to choose whn & how we express our sexuality.

"We are more than just our bodies, but that doesn't mean we have to be ashamed for them or our sexuality. #liberated.

"Even if being sexualized by society's gaze is demeaning, there must be a space where women can still be sexual when they choose to be.(sic)"

Kim - who has children North, two, and Saint, three months, with husband Kanye West - came under fire from the likes of Piers Morgan, Bette Midler and Chloe Grace Moretz when she posted her original racy photo.

And Emily was one of the first to spring to her defence, and even stripped for a selfie of her own to show her solidarity.

She wrote on Twitter at the time: "Love when a man comments on a woman's decision to post a nude photo. Her body, her career. Sexist bullsh*t @kimkardashian.(sic)" 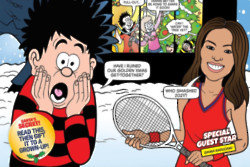