Lena Dunham has taken to Instagram to post three naked pictures of herself to celebrate the nine month anniversary of her hysterectomy.

Lena Dunham has shared three naked pictures of herself to celebrate the nine month anniversary of her hysterectomy. 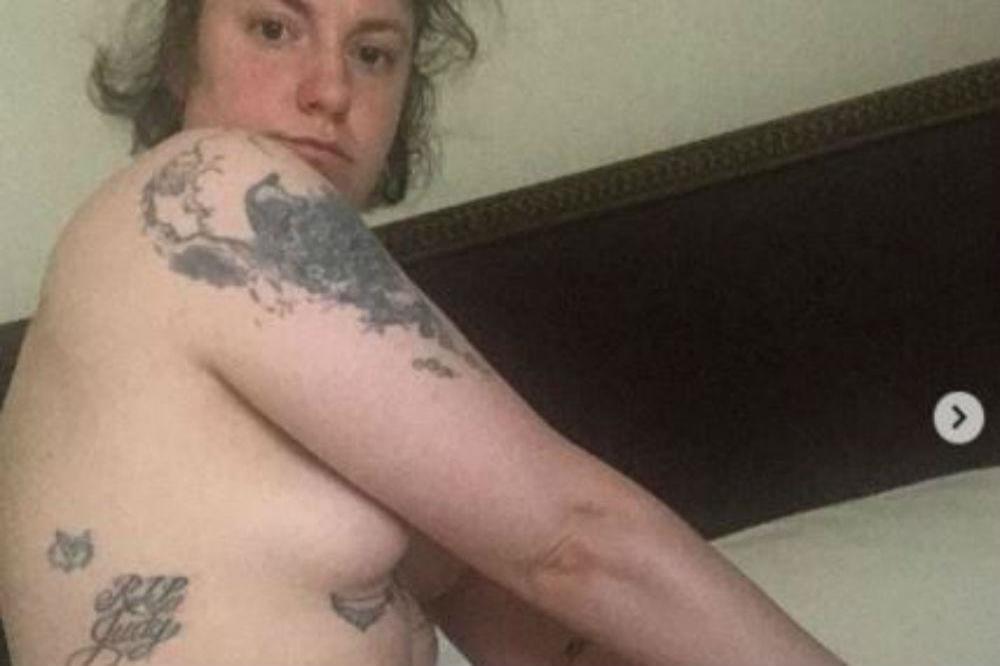 The 32-year-old actress underwent a hysterectomy due to endometriosis - a medical condition which causes the layer of tissue that normally covers the inside of the uterus to grow outside of it - and took to Instagram on Wednesday (15.08.18) to bid farewell to her uterus, which she and friend named Judy.

Showing off the RIP Judy tattoo on her ribs, she wrote: "Today is National Leathercraft Day, National Relaxation Day and National Lemon Merengue Pie Day. It's also the 9 month anniversary of my hysterectomy. I've never celebrated the 9 month anniversary of anything and I realized last night why that number feels so funny- I won't ever do it the way I planned to. My body is mostly healed and every day I find a new bruise on my heart, but today I offer myself gratitude: from the most pained place, I somehow knew to choose myself. The purest glint of who we are and know we can be is always available to us, calm and true at our center. My friend Paul named my uterus Judy, and when she was being uppity we called her out, hence the tattoo on my ribs, which hurt like f**k even through the pain meds: #RIPJudy. Today I give thanks for Judy, for her graceful exit and for this body, which is stronger than I've ever given it credit for. Happy Giving Birth To Myself Day (sic)."

Earlier this year, Lena said she's determined to regain her health before having a baby via a surrogate.

Asked how she's been feeling since her hysterectomy - which involves the surgical removal of the uterus, leading to infertility in the patient - Lena explained: "I completely have ups and downs. I'm so lucky to have work that I love and an incredible community and friends and family. But yes, of course I do, because just that change in your body, that change in your hormones, that change in the ecosystem in your body is going to rock you and change you in ways you couldn't have imagined. I think it takes some time."

As a result, Lena - who split from her long-time partner Jack Antonoff in December 2017 - is now happy to wait until she is fully healthy before she starts a family.

She shared: "I think to become a parent you need to be comfortable in your own body and understand and have some assurance that it's not going to fail you. So, I'm taking some time to get healthy. Some women don't have the ability to take that time. It would be harvesting eggs and putting them into a donor - that would be the situation if I were going to do it and figure out who the donor is going to be and a surrogate carrying the baby."