Lena Dunham regrets putting pressure on Jack Antonoff to get married and admits he "looked relieved and grateful" when she told him they didn't have to rush down the aisle. 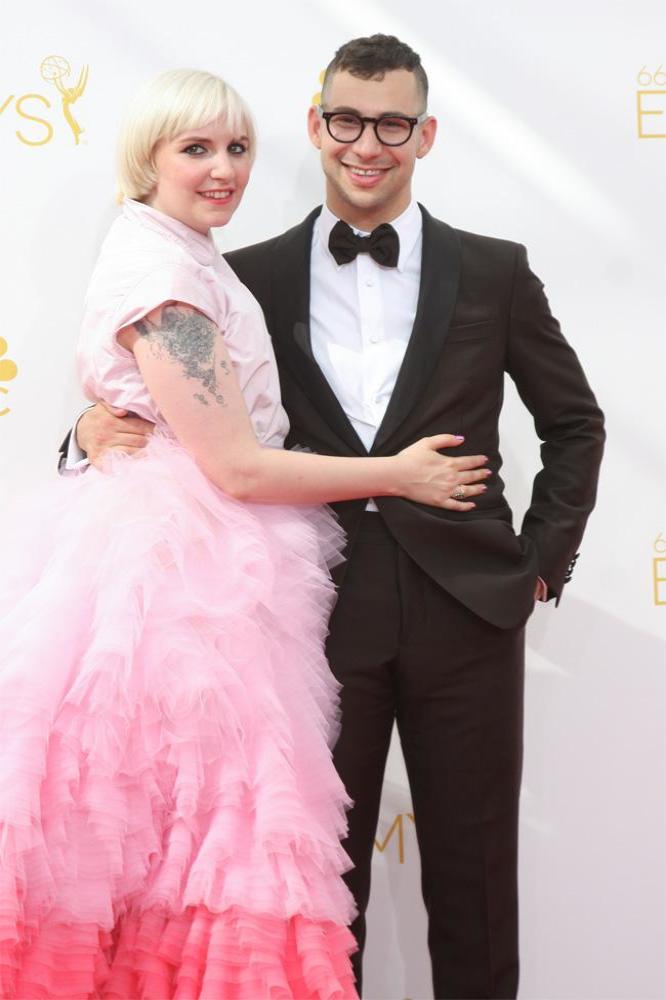 The 'Girls' creator and star, who previously claimed she and her boyfriend of three years were waiting until same-sex marriage was legalised in the US before tying the knot, has admitted the fun. guitarist "looked relieved and grateful" when she told him they didn't have to rush down the aisle after the Supreme Court recently decided to make it legal wed in all 50 States.

In a new opinion piece in the New Yorker, the 29-year-old actress, who warned Jack to "get on it" via Twitter after the ruling late last month, wrote: "As soon as Jack woke up [on June 26], I informed him that he 'better not make a fool out of me,' followed by a quick 'LOL,' and then, 'But seriously. I'm going to look like a real idiot if we just sit here like losers and keep dating.' Then I tweeted, '@jackantonoff get on it, yo,' followed by my immediate and all-consuming regret. Jack didn't text back, which is entirely unlike him, and it wasn't until I got home and looked him in the eye that I realised just how little the concept of marriage had been on his mind."

Lena realised that the 31-year-old star isn't ready to get married when they were at a friend's wedding.

She recalled: "I held Jack's hand and said, 'Let's not talk about marriage for a while, okay?' He looked grateful and relieved. I felt unburdened but sad. The subject wasn't particularly loaded for him. It never would be."

But she claims she is no longer in a rush to get married now either.