If you’re anything like the team at Female First, you’ll be absolutely obsessed with BBC series Line of Duty, which is set to make its return before the end of March 2021 for a stellar sixth season.

As one of the show’s leading stars, Martin Compston has worked his way into the hearts of millions watching across the United Kingdom and beyond, taking on the role of Detective Sergeant Steve Arnott and putting his thick real-life Scottish accent aside for an English one in the series.

As we wait for the show's return, Compston has been spotted starring in a brand new case; albeit a comical one to celebrate the launch of the new version of classic board game Cluedo - Cluedo Liars.

You can watch the hilarious clip yourself below:

As you can see, a restless Compston is staring at a complex web of clues in what appears to be a police investigation room, but all is not as it seems…

The star’s simply taking his game of Cluedo Liars far too seriously, perhaps because of his background playing a Detective Sergeant (or maybe just because he really likes to win!).

Along with the nods to his career to-date in the clip (peek the balaclava that’s caused a lot of trouble in Line of Duty!), there are also references to the classic game, with case files kept in the kitchen and Miss Scarlet being ruled out as a potential suspect.

Tipped to be one of the biggest games of the festive season, Cluedo Liars challenges players to use their best skills of deception to cause mischief and trouble amongst their fellow competitors. All this, whilst collecting your own evidence and knowing those other players will also be lying.

Cluedo Liars Edition from Hasbro Gaming is available now to buy from major retailers for SRP £22. Recommended for ages eight and above.

The creator of Line of Duty has opened up about the challenges presented by the covid-19 outbreak while filming the show's sixth season... READ MORE 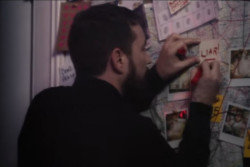 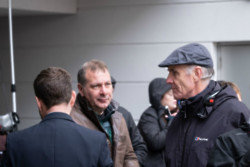 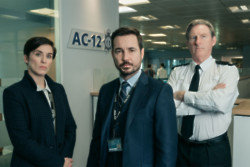 Line of Duty stars for Gogglebox