The 54-year-old star called for the actor to be included in the running for an Academy Award after she, her daughter Riley Keough, 33, and Elvis’ ex-wife Priscilla, 77, put their handprints and footprints in the cement at the TLC Chinese Theatre, Hollywood, on Tuesday (21.06.22) to celebrate the release of Baz Luhrmann’s new biopic ‘Elvis’.

Asked if he deserves an Oscar, she told Extra: “A thousand percent... I mean, truly,,, You know, I’m a bit biased, but absolutely, 100 percent... I can look at it objectively as well, sure. I think that he did such an incredible job.”

She pointed to the "immediate love" she and Austin shared, and her daughter Riley was similarly impressed.

Lisa Marie said: "I feel like there was an immediate love and respect between Austin and myself.

“It was just like I grabbed him and I was full of emotion, and he couldn't be a more sweet and humble human as well as on top of everything else.”

Riley added: “I think that's a huge plus. He’s a real kind soul... It’s incredible what he did. You know, just on a performance level... the mimicry, but also just, like, embodying him in that way, especially.

“I mean, the whole thing, but we watched it again last night and the older stages of his life, what he was able to do... you don’t see actors commit in that way... I really hope that he gets recognised for that. I mean, it’s mind-blowing.”

Director Luhrmann, 59, has said people who have watched the film, which will be released on June 24, had said it makes them feel as if they were meeting Elvis for the first time.

Lisa Marie agreed: “You know, there’s folklore, there’s stories, but it was never put down – and he did his research... all of it is just put down. 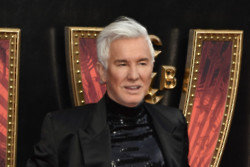 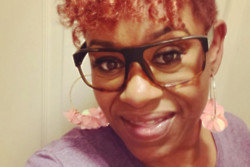 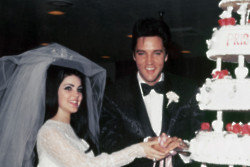