Actress Mary Pat Gleason, who appeared in 'Friends' and 'Mom', has passed away at the age of 70.

'Friends' star Mary Pat Gleason has died at the age of 70. The actress, who amassed over 100 acting credits, passed away on June 2 after a battle with uterine cancer and is survived by a "large, loving extended family".

Her nephew, John Brostrom said that she had previously beaten the disease in 2015 although she spent a month in hospital after it returned.

Due to the coronavirus pandemic, Mary's family had been unable to visit her in her final weeks, although Mary was moved to a friend's home in April - where she remained until her death.

John says that the tributes to the actress, who also starred in 'A Cinderella Story', '13 Going On 30' and 'Mom', mean a lot as they show "how loved and respected she was in the Hollywood community".

Mary's fellows actors paid tribute to her, with her friend and 'Watchmen' star Ron Fassler writing on Facebook: "Mary Pat Gleason, one of the dearest and sweetest people I have ever had the pleasure to know, passed away last night at age seventy.

"She has 174 credits on her IMDB page (with one unreleased film still to come), but she was so much more than a wonderful actress: she was one of a kind. So caring, so funny, and so delicious to be around, that I find it hard to imagine a world without her shining presence and smiling face.

"My heart goes out to all who knew and loved her (all one million of you). Let's all raise a glass to her this evening as one and offer a final toast and a fond farewell in her memory."

Her 'Mom' co-star Allison Janney added on social media: "We said goodbye to Mary Pat Gleason yesterday. She was part of our @mom_cbs family and we loved her so much.

"She was one of our favourite guest stars. Her kind heart and warm smile will be missed. RIP dear Mary Pat."

"I'm sure she was met with thunderous applause and a great party backstage. My love to you Mary and to your loved ones."

Mary played irritable receptionist Nurse Sizemore in 'The One With George Stephanopoulos' in the first season of 'Friends', and her character was less than sympathetic when Ross Geller (David Schwimmer) comes in with a broken nose. 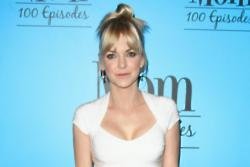 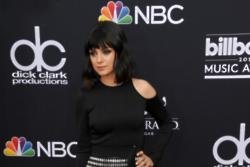 Mila Kunis to star in Breaking News In Yuba County 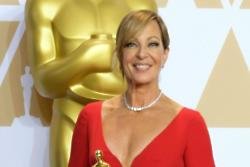