Reese Witherspoon has attended her first game at Nashville Soccer Club after joining the ownership group. The 46-year-old actress - who has 22-year-old Ava and 18-year-old Deacon with ex Ryan Phillipe as well as Tennessee, nine, with husband Jim Toth - and gushed about how "thrilling" it was to attend a game in her home state.

Alongside snap of herself, her husband and her two sons, she wrote on Instagram: "Let's go!" and emblazoned the post with an emoji of a soccer ball.

She said:"As a Tennessee native, it is thrilling to see how much growth and development has come to our home state. One of the things that my whole family is most excited about is Nashville Soccer Club! The opportunity to go as a family and watch a world class team compete has been such an incredible experience."

The 'Legally Blonde' star - who was born in New Orleans, Louisiana but graduated from high school in Nashville - went on to explain that the players have worked "so hard" and was "thrilled" to announce that she and Jim are now part of the ownership group.

In a statement, she added: "The team, the management and the players have worked so hard to build this amazing organization and community. So, I’m thrilled to announce that my husband, Jim Toth, and I have made an investment in the club and are now a part of the ownership group moving forward. On behalf of Jim and our children, we are thrilled to be a part of the NSC family!" 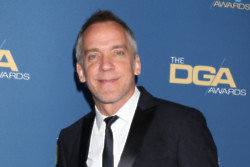 Jean-Marc Vallee's cause of death revealed