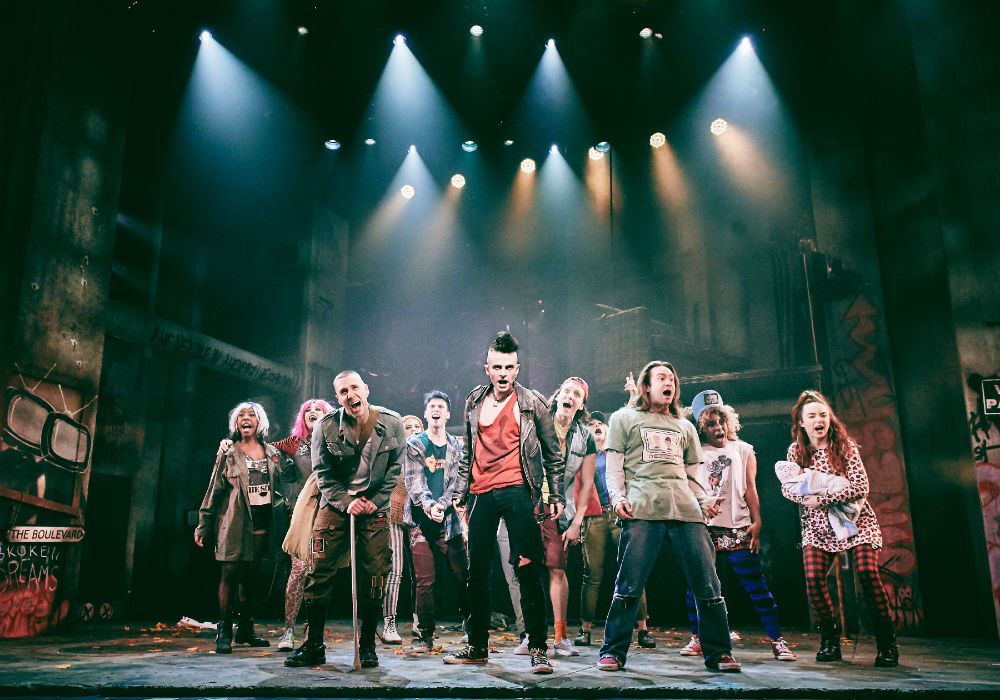 In a time when political discourse in the UK is at a high, the theatre is often a wonderful opportunity to escape. Seeing three marijuana-toking youngsters from a working class background chewed up and spat out by their country's leading forces in American Idiot however, was a reminder that there has always been chaos in what are supposed to be the world's richest nations.

Following the tragic events of September 11, 2001 in the United States of America, Green Day dropped their seventh studio album American Idiot. It may not have reached fans until 2004, but the inspirations that went into creating the collection of tracks was clear from the jump. In this musical, those events are explored in greater detail.

Tom Milner takes on the leading role of young Johnny; a boy who wants to chase a better life, but gets caught up in a battle against his addictive personality, St Jimmy (played by Luke Friend). His best friends Tunny (Joshua Dowen) and Will (Samuel Pope) are all set to join him, but the latter stays home with his girlfriend Heather (Siobhan O'Driscoll) when she reveals she's fallen pregnant.

Despite being an unshakeable trio that are somewhat admired by their peers, the bonds of friendship are shattered when Tunny decides to fight on behalf of his country in the Iraq war, going against everything the three had ever stood for. Quickly finding himself all alone in a new place, the lure of a quick high becomes too much for Johnny, despite the girl who comes into his life (Sam Lavery as Whatsername).

All of this is told through Green Day's music and the actions of the characters on stage. This is a show with a huge lack of dialogue which works at times, but takes away a little from the narrative at certain points throughout the performance. Fortunately, Milner especially proves himself to be a real showman, embodying the character of Johnny from the moment he hits the stage (a full 10 minutes before the lights even dim for the first act to start), and showcasing his wide range of acting ability. 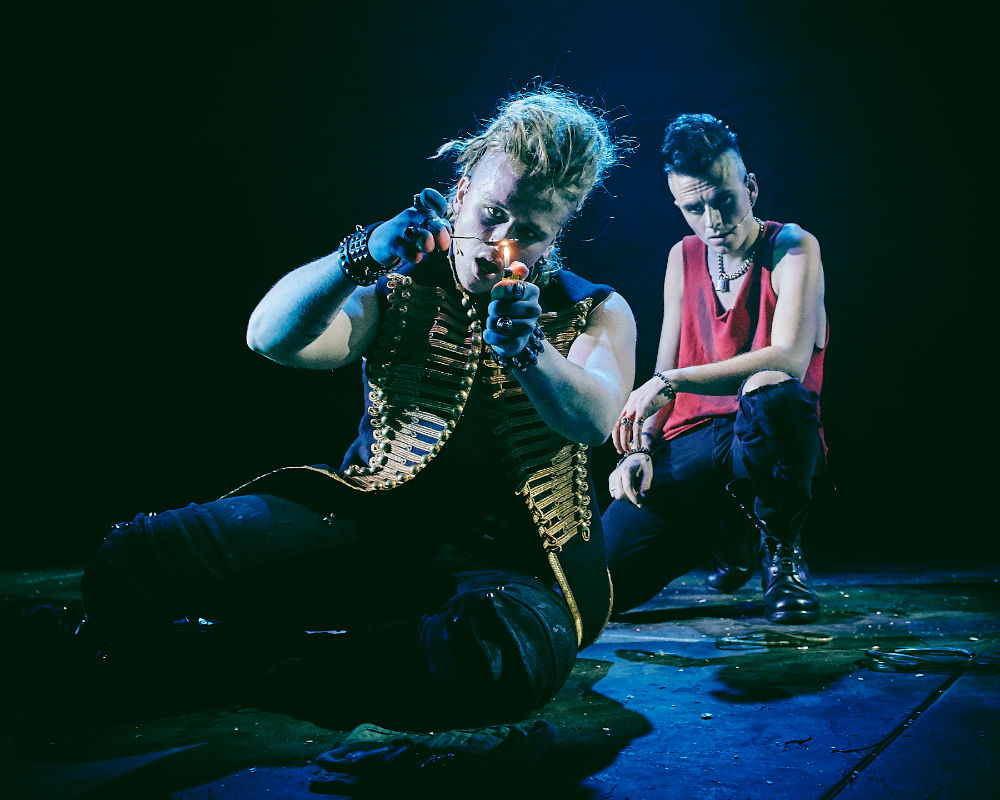 Friend also does a grand job as St Jimmy; the destructive personality that pushes Johnny to the brink over and over again. He's a genuinely mysterious presence whenever he appears, with the audience left wondering exactly what he's going to do next.

Major props also have to go to the rest of the leading cast. Dowen is a wonderful Tunny with a beautiful vocal range, whilst Pope is one of the most believable members of the cast despite spending much of his time toing and froing over whether or not he wants to put his all into being a dad.

His partner Heather, played by O'Driscoll, is also brilliant as the doting mother. Her voice in particular is one that'll stick with me long after the performance. Lavery also does a fine job as Whatsername, with her performance of the lesser-known track Letterbomb gaining one of the biggest cheers of the night. Her and her fellow women are commanding forces as they stomp across the stage, demanding the audience's attention with every powerful note.

American Idiot allows casual, maybe former Green Day fans to revisit some of the best music of the mid-Noughties. There will be a whole host of hits here, such as Wake Me Up When September Ends, and Boulevard of Broken Dreams that you may have let slip away from your memory, only to hear them sang perfectly by this wonderful ensemble and come flying right back.

Then there are the hardcore, long-term fans of Green Day who will be fighting the urge to rise to their feet with every guitar riff and anarchaic lyric and sing along.

This may not be the feel-good show a lot of people need in the modern world, but it's certainly one that's worth your time if you enjoy great punk rock/pop music. 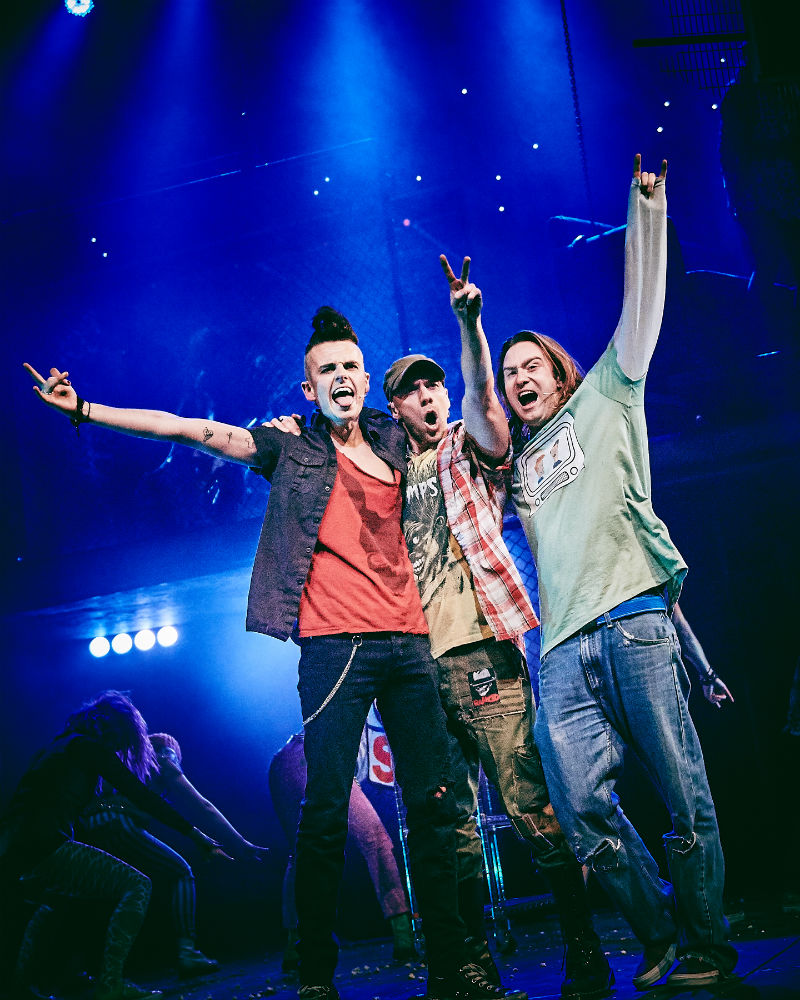