An Officer and a Gentleman - The Musical review, Manchester Opera House

The show boasts an impressive ensemble cast, as well as a catalogue of smash hit songs.

As a complete newcomer to the story of An Officer and a Gentleman, I was unsure what to expect when seeing the musical return to the stage in Manchester's Opera House this week. Afraid that this would be your typical and dreary love story, I was pleasantly surprised when it became clear this was in fact a jukebox musical - including such hits as Heart of Glass and The Final Countdown - and one that would have the audience swaying along and mouthing the lyrics along with the performers. 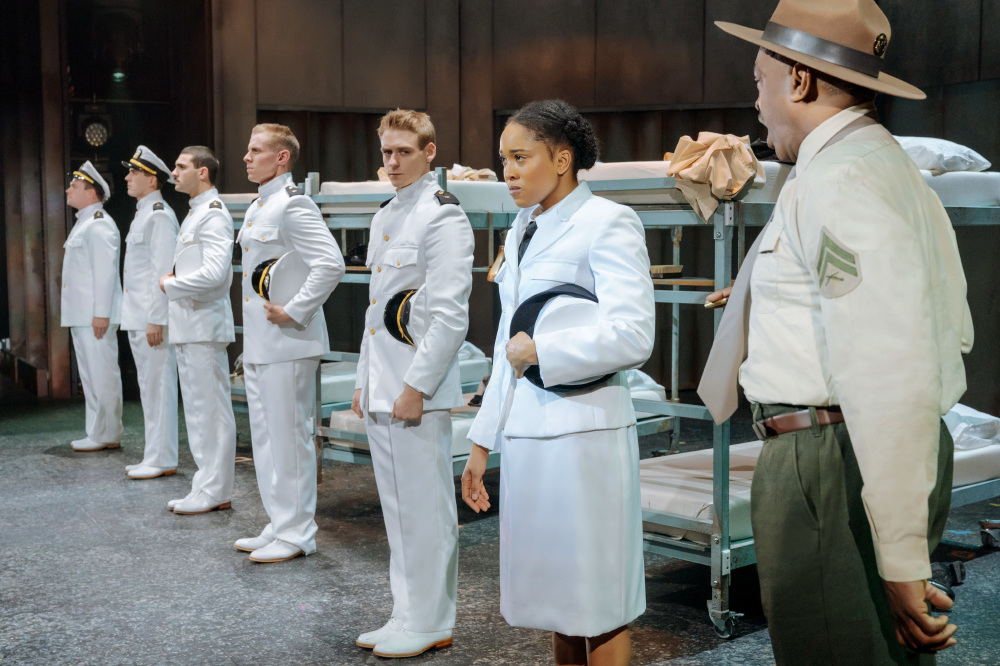 Jonny Fines is the man stepping into the shoes of US Navy recruit Zack "Mayonnaise" Mayo on this tour; a role made famous by Richard Gere on the big screen, and one that would have plenty of avid fans willing to tear apart anybody not fit for the role. Fortunately, Fines does a brilliant job of being the standout of the show from start to finish, taking the audience on a journey of self-discovery and acceptance as he blossoms from a cocky young wannabe into one of the finest officers in his group.

Quickly becoming close friends with fellow recruit Sid Worley - played in last night's (August 13) performance by James Darch - the pair would quickly find themselves falling in love with a pair of factory workers. Unfortunately for Sid, the materialistic Lynette Pomeroy - played expertly by Jessica Daley - is more interested in travelling the world as the wife of a pilot. It doesn't matter who that pilot may be; she's simply in it for the easy life.

This betrayal leads to a highly traumatic and tragic scene, which really allowed Darch to showcase his acting chops in his final moments on stage.

Zack's romance on the other hand, is one that's pure and built truly on the foundations of love. Emma Williams plays his lover Paula Pokrifki, and whilst her character has to deal with some childish and overemotional outbursts from Zack, she's unwavering in her feelings for him. The polar opposite to her friend Lynette, she never expected to find a significant other; especially not from the recent Navy recruits.

Williams does an impeccable job of leading the production alongside Fines; the pair have a chemistry I've only seen matched on a couple of occasions and never miss a beat as they perform. Their vocal ability is also amongst the best the show has to offer; there are a couple of voices not quite as powerful in the cast, but overall everybody does well to hold their own, especially so in the second Act.

Rachel Stanley's Esther Pokrifki is somebody you're willing to do the right thing and get behind her daughter Paula's hopes and dreams. The actress does well to portray the pain and heartache she has endured in the past, and whilst she's afraid they'll be echoed in her offspring's life, she does eventually come round and back the youngster.

Ray Shell threatens to steal the show at numerous moments throughout as Marine Gunnery Sergeant Emil Foley, delivering plenty of catchphrases as he works the recruits to the bone. He's somebody who revels in their failures but, deep down, wants the best for each of them.

Major props must also go to Keisha Atwell, who brings Casey Seegar to life with fiery passion. She may be the only female recruit amongst the group, but she stands out as being one of the strongest of all.

Despite a couple of strange moments - such as the Kids in America and Girls Just Wanna Have Fun (bumper car-esque) car ride - the producers of An Officer and a Gentleman have done a fine job of turning this story into one for the stage. I look forward to seeing it again in the future, although I'm not sure any other cast could impress quite as much as this ensemble.

An Officer and a Gentleman runs at the Opera House Manchester until Saturday, August 18. 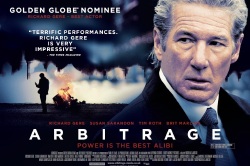