Andy Daly talks to us about his new show 'Monsters Take Your Questions' ahead of the Edinburgh Fringe Festival.

Andy Daly’s debut Edinburgh Fringe Comedy show - Monsters Take Your Questions will be at the Gilded Balloon Wine Bar for the month of August for tickets go to www.edfringe.com. We caught up with him to get to know him a little better. 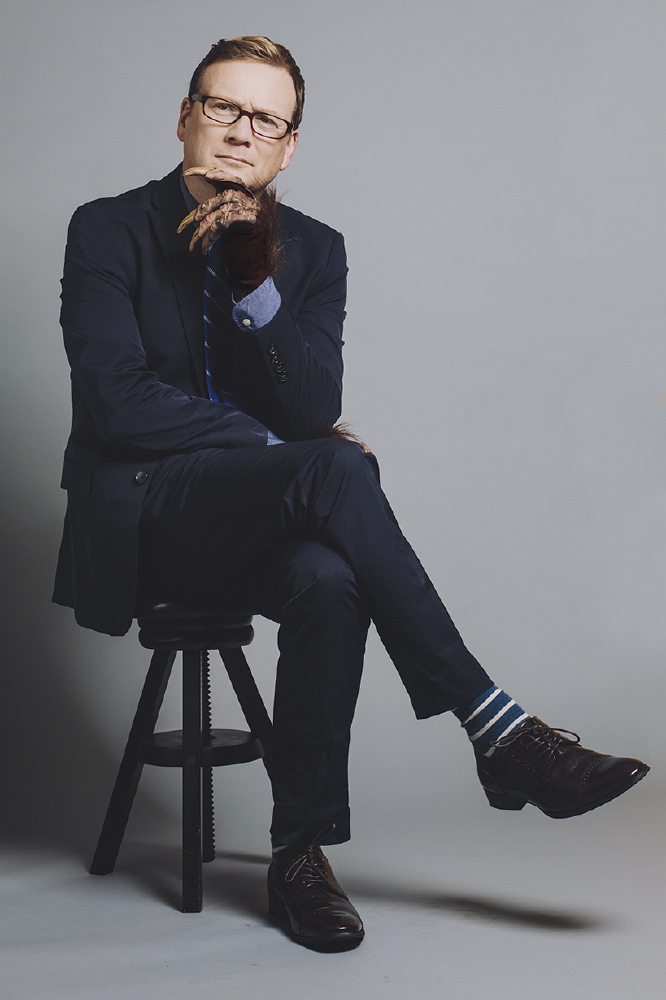 I do character comedy.  The characters in this show are ones I developed across podcast appearances, most notably on Scott Aukerman’s Comedy Bang Bang.  The characters are bizarre, deranged people with strange stories to tell because, more than anything, I enjoy surprising audiences - at all costs!

When I appear as a character on a podcast, the host and other guests invariably pepper me with questions that I’m not prepared to answer.  It’s always a great improvising challenge and my thought for this show was give audiences the same experience. Fire away and I’ll do my best to field any and all questions.  Together we’re going to learn some interesting things about these characters.  I can promise it’s going to get weird.

When my kids are in kooky moods, making faces and doing silly voices, there’s not much that’s funnier than that.  They’re natural comedians and pretty soon they’ll be showing up dad.  Then it’s straight to the orphanage.

I’ve had my share of bombs for sure.  I do a bit where I’m a comedian who has no material, just a series of empty catch phrases and hacky comedy tropes. Most audiences understand that the lack of content is the gag but I’ve done it for a couple of crowds that were furious and disgusted with how little was being said.  But the best moments for me are always times when something new and totally unexpected is discovered onstage.  That’s why this show is going to be so heavily improvised.  So I can have that feeling every night.

I very much do and I think it’s a good thing.  Fear of failure focuses the mind and gets the necessary adrenaline going.  But yes, I definitely go through a lot when I perform.  By the end of 11 shows, it’s likely I’ll have aged 50 years.  But it’ll be worth it!

This will be my first time performing at the Fringe, so we’ll see, but my guess is that the general festival mood puts audiences in an excellent frame of mind to be surprised and delighted by a comedy show.  I imagine the kinds of people who are into seeing dozens of shows a week are probably very game spirits too.  I’m really looking forward to it.

I’ll be there with my wife and kids so I’m really looking forward to exposing the little ones to cool and inventive family-friendly shows.  Weird European circuses and puppet shows and whatnot.  People pushing back the frontiers of clowning! I don’t know. But it’s fun to watch their minds get blown and I expect the fringe will do that plenty.

Go wherever you need to go to find a totally supportive, anything goes performing space where you can feel free to try new things all the time and fail a lot.  When I first started out in New York, there was a very weird open mic show that started at 7pm Sunday and went until about 4am Monday morning.  The only guideline was ‘try not to go over 8 minutes’. People sang songs, told stories, played with wind-up toys, pulled their pants down and painted their privates purple.  The folks who sat through that show were wonderfully adventurous and non-judgemental spirits and I’ve always been thankful for them.

In a weird way, since I perform in character, I’ve never been heckled.  The characters might be, but not me.  Hm. Maybe that’s why I do character comedy.  Heckle them all you want but leave me out of it!