'The worst heckles I have ever had are in my mind, I look out at a sea of faces and think nobody can say anything that bad compared to the way I tore myself to shreds this morning'

I’ve sat at the edge of my life multiple times, peering over, and finding peace in the finality of it all. It took me 31 years to realize that ‘fear’ was driving my life, fear of being alone, broke, unattractive, fear of not doing enough but also doing anything at all, fear of the dark, of hurting someone or being hurt, fear of touching dirty dishes or forgetting someone's name when you just met them (I am convinced a handshake knocks it from my memory!), the fear of a teenager on an electric scooter, the fear of being ID’d for alcohol or maybe that's the fear of being exposed as a woman in her 30’s who still buys the cheapest bottle of wine she can find! The list goes on and on, just ask my therapist! 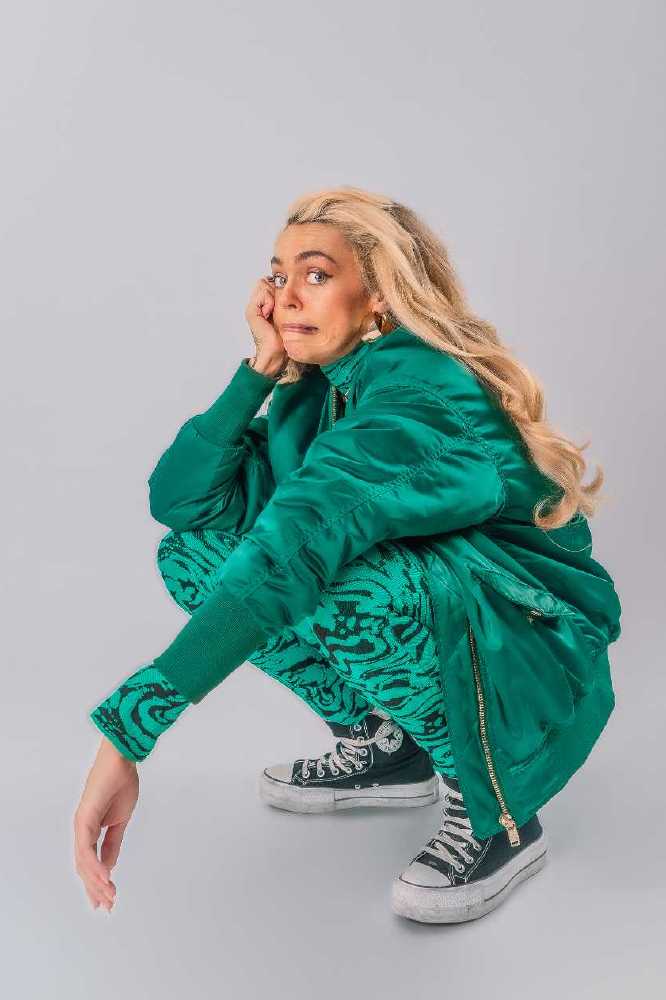 I’m so scared of everything you would think I was pro lockdowns as I clearly don’t leave the house but I’m quite the opposite, I am a stand-up comedian who gigs multiple times a week and for ‘fear’ to have parked my Irish arse in comedy clubs makes a lot of sense!

To physically put myself at the edge of the stage where absolutely everything could go wrong in that instance forces me to survive and, in most cases, thrive. It has taught me that I can overcome anything, that the scariest places teach us the most and that laughter really is the best medicine followed closely by gin!

The worst heckles I have ever had are in my mind, I look out at a sea of faces and think nobody can say anything that bad compared to the way I tore myself to shreds this morning for saying ‘Thanks Dad’ to the postman!

I have always loved entertaining. It clicked with me from a young age ‘Oh this feels good for me, does it feel good for you too?’ my first recorded dopamine hit ‘BI’ (Before Instagram)

Comedy helps me make sense of the absurdity of life, to poke fun at myself and humanity.

If, like me, you have read every self-help book under the sun ‘The Power of Now’, ‘Be Here Now’, ‘Now Now Now!’, ‘Now Hang on a Second!’, ‘Now That's What I Call Music 98!’ and ‘It’s Now or Never!’. You will know that living in the present is advised for a satisfactory life. For me one of the best ways to be in the moment is when we are laughing, laughter lifts us for a second from worrying about that person who hasn’t texted you back or that your car insurance is due the same week you’re going to an overpriced hen!

Laughter shared with friends, strangers, and the comedian on stage. It's like one giant group meditation without hearing the music they play when you get your fanny waxed!

To be able to make people laugh is a gift, and like Phoebe said in ‘Friends’ (yes I am that millennial still talking about ‘Friends’) “There is no such thing as a selfless good deed” caring that an audience enjoys themselves takes the focus off the hecklers in my head, fear has taken a back seat and I am in control. I know I’ll crash multiple times again in life but if I can write an hour-long stand-up show about it I’ll be grand! 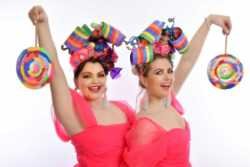 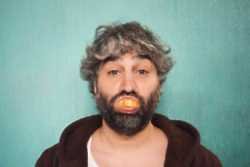 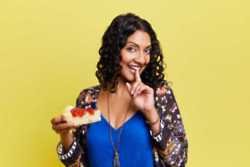