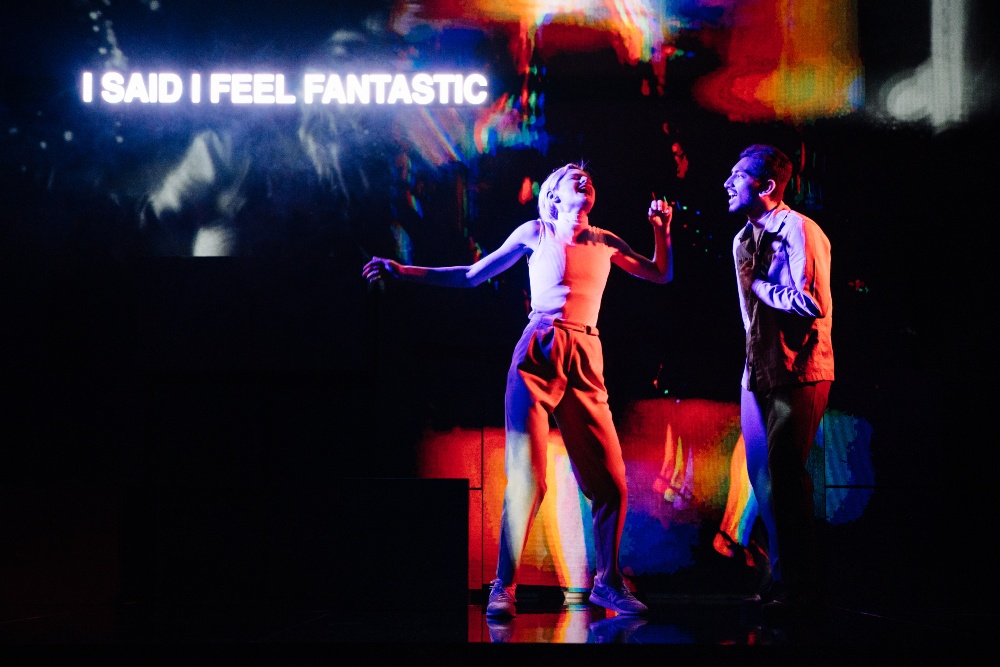 Walking back into the theatre for the first time in over a year was honestly one of the most exciting moments of my life. I cannot express how much I have missed sitting down and watching 90-minutes or so of some of the country’s most talented performers take to the stage and tell a memorable story, live and in-person.

So, when I got the invite to check out the opening night of Anna X at The Lowry in Salford, I couldn’t have been more thrilled!

Based on real events and the case of Russian-born German fraudster Anna Sorokin (also known as Anna Delvey), the play follows the story of a young woman named only as the titular Anna X, who arrives in the United States with the hopes of securing money to fund a long-term passion project. Willing to do whatever it takes for cash, we watch as she ties those she meets around her little finger with ease and, in particular, a man called Ariel whom she meets at a New York rave.

Ariel has just enjoyed a $50 million investment in his dating app Genesis, based on real-life exclusive app, Raya. Those who want to join the platform must go through a strict vetting process before being allowed to connect with Genesis’ members; something that Ariel claims strips away the constant swiping left on other non-exclusive dating apps with people you have nothing in common with.

The Crown star and Emmy nominee Emma Corrin steps primarily into the role of Anna, but also slips seamlessly between both male and female personas when the time calls for it. Corrin stars opposite an instantly-likeable Nabhaan Rizwan who plays the aforementioned Ariel for the most-part, along with a couple of other roles. 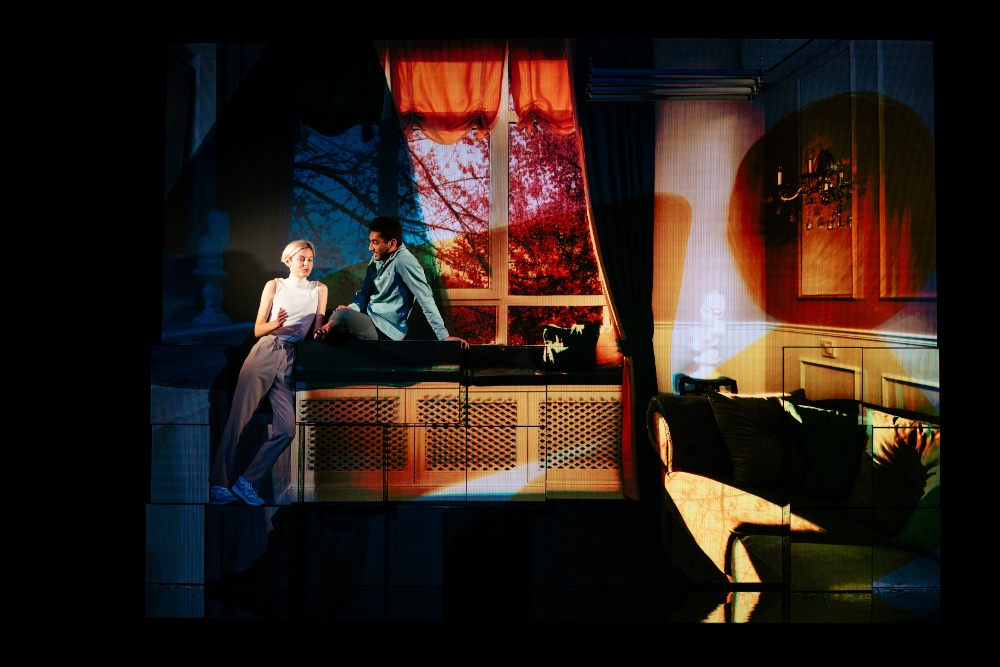 To say their performances are anything less than sensational would be unfair. In their theatre debut, Corrin is a natural, flitting between the Russian accent that Anna deploys and the grating drug-fuelled Californian ‘yeahhhhh dudeeeee’ Genesis employee, that is consistently grinding Ariel’s gears.

Rizwan is the perfect match for Corrin; he bounces off of his co-star so well that for the majority of your time in the theatre, you’ll forget you’re watching a show and instead be fully-enveloped in the story being told. Their chemistry is palpable and although you may know this tale won’t have a happy ending, you’ll still be left rooting for the pair to succeed.

A simple yet incredibly effect set design by Mikaela Liakata and Tal Yarden couples perfectly with the duo's incredible video work; they build the scenes using just a projector and a number of blocks on stage resulting in one of the most visually-stunning pieces of theatre I've ever had the pleasure of seeing.

Combining this with lighting by Jessica Hung Han Yun and sound by Mike Winship makes for one of the most memorable theatrical experiences you’ll likely ever be a part of.

A must-see for any theatre junkie, now that we can get back and support the arts! 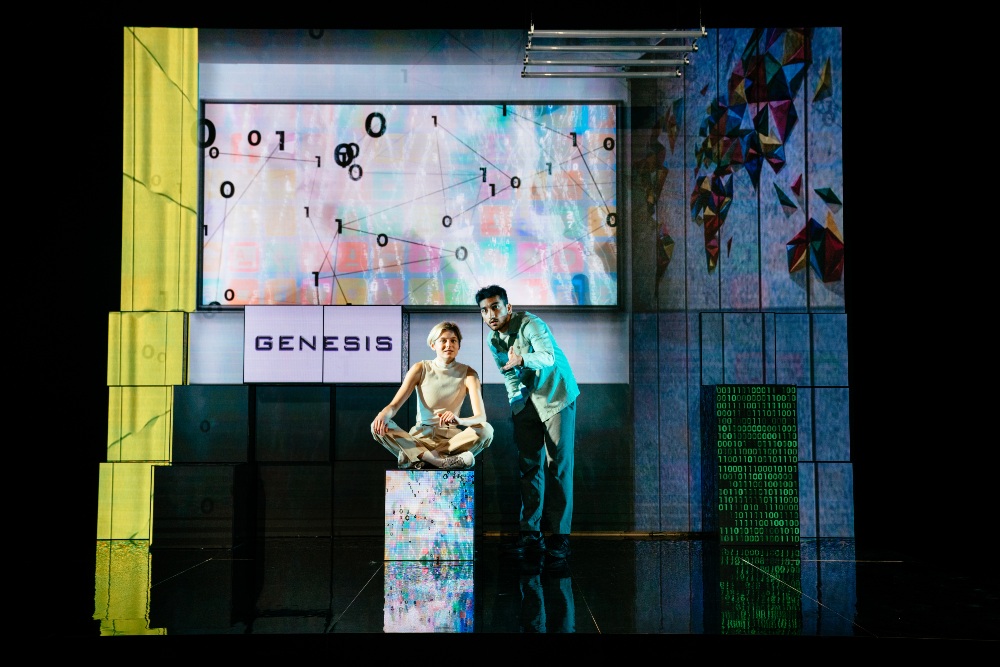 Anna X continues its week-long run at The Lowry in Salford until Saturday August 14th, 2021 (inclusive). 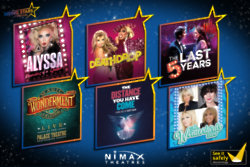 Win tickets to the Rising Stars Festival with Nimax Theatres