Lyn Paul returns to the iconic role of Mrs Johnstone in the spring 2018 Blood Brothers tour.

For over 30 years, Willy Russell’s Blood Brothers has been entertaining audiences on stages across the globe. Now in its final two weeks of its current spring tour, the production has once again made its way to Manchester’s Palace Theatre, with the latest cast proving just why the show has such longevity. 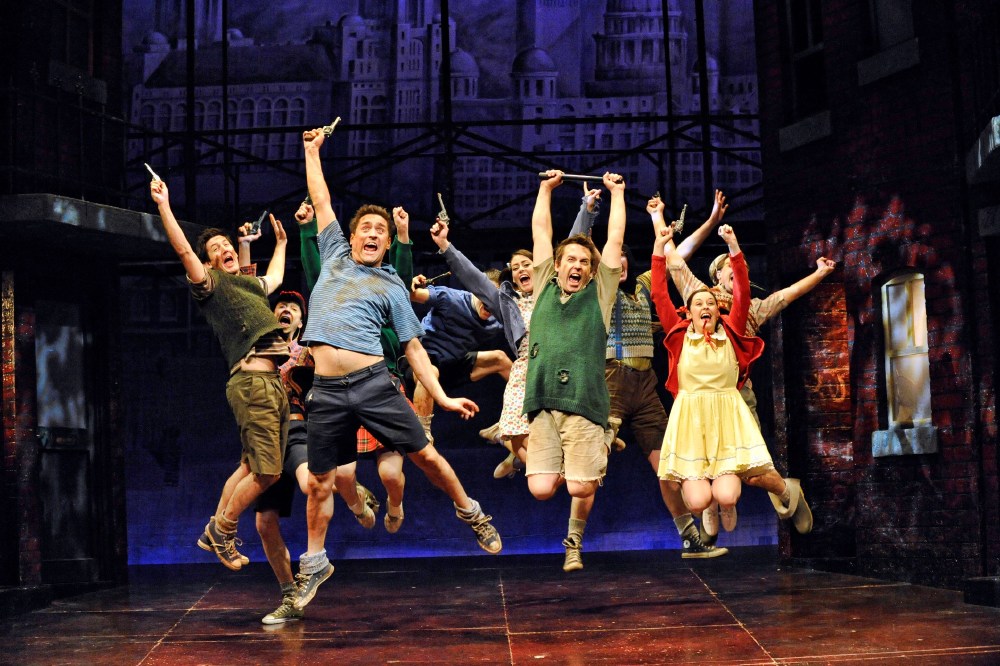 Blood Brothers is back in Manchester

Despite the tragic subject matter, Blood Brothers is a show that demands loyalty. Plenty of those who spent their night at the theatre watching alongside us had been to see the production a number of times before, but still the tears flowed when the play reached its haunting final moments.

Telling the story of a pair of twins separated at birth because of their struggling mother, Blood Brothers showcases just how a number of twists of fate come together to allow the twins a friendship their parents never thought they would share.

Lyn Paul returns to the role of Mrs Johnstone in the spring tour, having been voted the “definitive Mrs Johnstone” and stepping into the shoes of the character a number of times since her West End musical theatre debut in 1997. As soon as she opens her mouth to let out a few lines of Tell Me It’s Not True during the production’s harrowing first scene, it’s obvious why she’s so renowned. The star brings an instant gravitas and essence of relatability to the show, enveloping the audience within the story being told from the jump, and refusing to let them go until its final moments.

The brilliant Mathew Craig tackles the charismatic yet terrifying Narrator in the show, letting the audience in on secrets before they take place on the stage, plunging them into anxious anticipation. Every word he utters is biting, and delivered in a triumphant, eerie manner.

Then of course, there’s Mrs Lyons; a woman who couldn’t have a child of her own, and so takes one of Mrs Johnstone’s twins into her custody in secret, with a pact sworn on the Bible to never let the truth slip. Former Hollyoaks star Sarah Jane Buckley is the actress to bring her to life, and it’s a role she was born for.

But what about the show’s titular stars? This time round, it’s Sean Jones and Mark Hutchinson playing Mickey and Eddie respectively. Mickey is of course the son that stayed with Mrs Johnstone, not enjoying the wealth and ease of life that Eddie had under the guidance of the Lyons family. Each are unique as the children, and as we see the pair going through their younger lives and evolving into men, we feel like we’ve been on a major journey with them.

Major props also have to be given to Danielle Corlass, who was expert as Mickey and Eddie’s true love, Linda. Seeing her transformation from a young and bubbly girl who hadn’t a care in the world, to a worried wife who saw her husband slipping away but couldn’t save him, was truly a sight to behold.

When it comes to the score running through Blood Brothers, it’s fair to say it’s one that will take you on quite the journey. You’ll go from laughing to sobbing in a matter of moments, with pure perfection coming from the orchestra and the talented cast who display a varied and beautiful vocal range throughout.

Stage and set designers must also be given a round of applause. Whilst the scenery used is simple, it gets the job done and allows those watching to really feel a part of the production. It flies in and out as scenes change, going from a graffiti-laden Liverpool estate to the inside of a large stately home within a matter of seconds.

This is truly a show that has it all. A beautifully written story, which follows the lives of characters that glow with emotional depth, and a flawless cast who have made Blood Brothers their own.

Blood Brothers runs at the Palace Theatre in Manchester until Saturday, May 26. 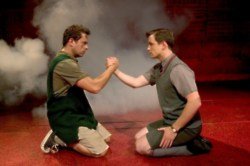