We found out what to expect from Boris & Sergey’s One Man Extravaganza.

Master puppeteers Henry Maynard and Dylan Tate are the men behind Fringe favourites, puppets Boris and Sergey.  Both come from fine puppetry heritage and have worked on puppetry greats including Warhorse. Henry talks about their new show Boris & Sergey’s One Man Extravaganza and making puppetry work for a grown-up audience. 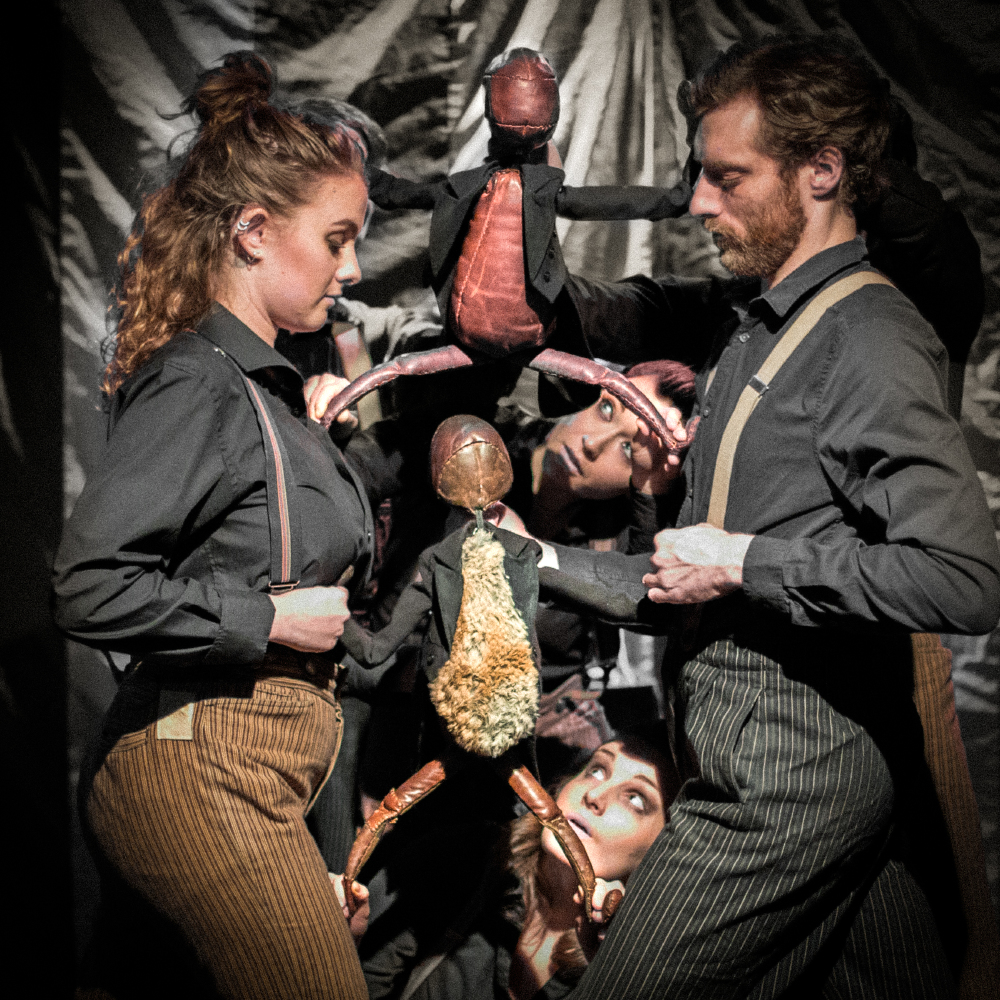 Boris & Sergey are the heart of our company Flabbergast Theatre – our Balkan bad-boy double act helping to make our mission to create dark, engaging adult puppetry a reality for our audiences.

This August, our six puppeteers will be bringing them to life in a new show, Boris & Sergey’s One Man Extravaganza, at the Edinburgh Fringe. Our first steps in creating this show were to focus on the idea of fame. Over the years audiences have become very familiar with Boris & Sergey’s madcap quest for fame, fortune and above all recognition.

We were interested in the Golden Age of cinema and Hollywood; the glamour that hides the frustration, pain and anguish that result from trying to make it in a ruthless career.

Sergey has always wanted to be lauded for his acting ability and his vision but has found himself on the fringes of theatre, misunderstood and ignored by the audiences that he so desperately wants to please.

He decides that he should strike out on his own and create his opus in an effort to be taken seriously, inspired by Kafka, Beckett, and the avant-garde.

Ironically this affords Boris his own shot at the big time with an irreverent romp that seems to tickle the fancy of audiences because of its simple comedy and lack of pretension.

We have always been more interested in making shows for an adult audience rather than children and when we started seven years ago, part of our remit was to challenge the common misconception at the time that puppets were primarily for a younger audience.

Unlike the concept that might spring to mind when you think of puppets, Boris & Sergey are complex characters and have a whole range of very human flaws, which have developed through our extensive use of improvisation.

Boris & Sergey’s One Man Extravaganza is hilarious, farcical and also moving. We are interested in inspiring genuine care for the characters, and delight in the level of emotional investment that they seem to inspire in our audiences.

The duo recently had a real taste of glory, having been lucky enough to collaborate with Plan B on the video to accompany his new single ‘In The Name Of Man’.

We have always thought of Boris & Sergey as actors in their own right who undertake projects outside of their own shows. Now in real life their fame is growing as quickly as their desire for it in their new show. But how will they survive striking out on their own? Only their stint at the Fringe will tell.

Boris and Sergey’s One Man Extravaganza plays at Assembly George Square Theatre from August 2-27 (not 15) at 21:25. Tickets available at www.edfringe.com.