The inspiration for With Child by Claire Pointing

Claire Pointing writes a piece for Female First ahead of her new show With Child at the Edinburgh Fringe Festival.

When I first started writing this show pregnancy was on my mind, lots of friends were having children and I really wanted to have a baby myself. Then it got me thinking about my career, what would happen if I was lucky enough to become pregnant myself. It struck me that we never really see pregnant actresses on screen or stage unless the scene is focused on this fact and I thought, what about a show where everyone is pregnant but they’re not talking about it, does it still work or does it change how the audience feel about them as people? Along the writing journey I became pregnant and performed a few work in progress versions throughout the pregnancy up until I was 8 months, my own experience has really informed the show and continues to do so. 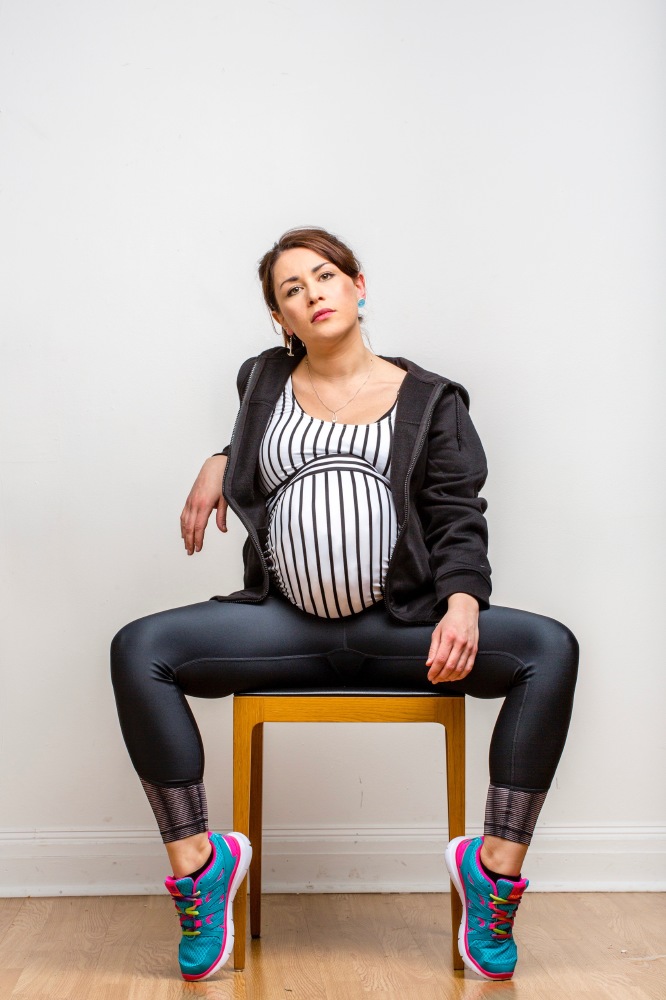 I want to show these characters simply as they are…because women do not necessarily transform when they become mothers, at least not in my experience. They are still who they are, women, not saints, just people capable of all the usual human emotions. We might like them, we might not!

There are so many complex emotions that surround the subject of pregnancy and having children and the way women are expected to feel and behave in relation to this subject. It’s not unusual as a woman to be asked if we want children, when we’re planning on having them and how many we want and often with no thought for the fact that these could be very upsetting or annoying questions for a variety of reasons.

There is also so much judgement around pregnancy, how you choose to parent, how you should be feeling. There are so many opinions flying around that it’s hard not to spend at least a little bit of time on a regular basis feeling like you’re failing or doing it wrong. Whilst women are usually the greatest support in these situations there is also an encouragement that is very deeply inbuilt in our society to be competitive with one another which can be so destructive on all sides.

Within this show only one of these characters refers to her pregnancy, she is a young woman and about to become a single mum. Coming from a single parent household myself, it has always been very apparent to me that women in particular are judged very harshly for finding themselves in this situation especially if they are young, regardless of the back story. I have always found it so sad that as a society we don’t respond in the opposite way, that we don’t support those that need us the most. In this show this young woman gets to have a voice, to speak out against those who judge her and in contrast to some of the other pregnant women we have met she is full of hope and possibility.