Kirsten Vangsness shares the inspiration behind Cleo, Theo and Wu

Kirsten Vangsness writes a piece for Female First ahead of her new show Cleo, Theo and Wu at the Edinburgh Fringe Festival.

Powerhouse storyteller KIRSTEN VANGSNESS is best known as the unforgettable Penelope Garcia from CBS’ Criminal Minds. She is bringing two very different yet equally barmy shows of female empowerment in rep and under the umbrella of FEMPIRE to Edinburgh Fringe Festival this year. CLEO, THEO & WU sees Lucy in a race to save the universe, aided by a cast of creatively reimagined superheroes from ancient history. MESS is a celebration of the disorder in our lives. Ahead of that, she talks to Female First about the inspiration behind CLEO, THEO & WU. 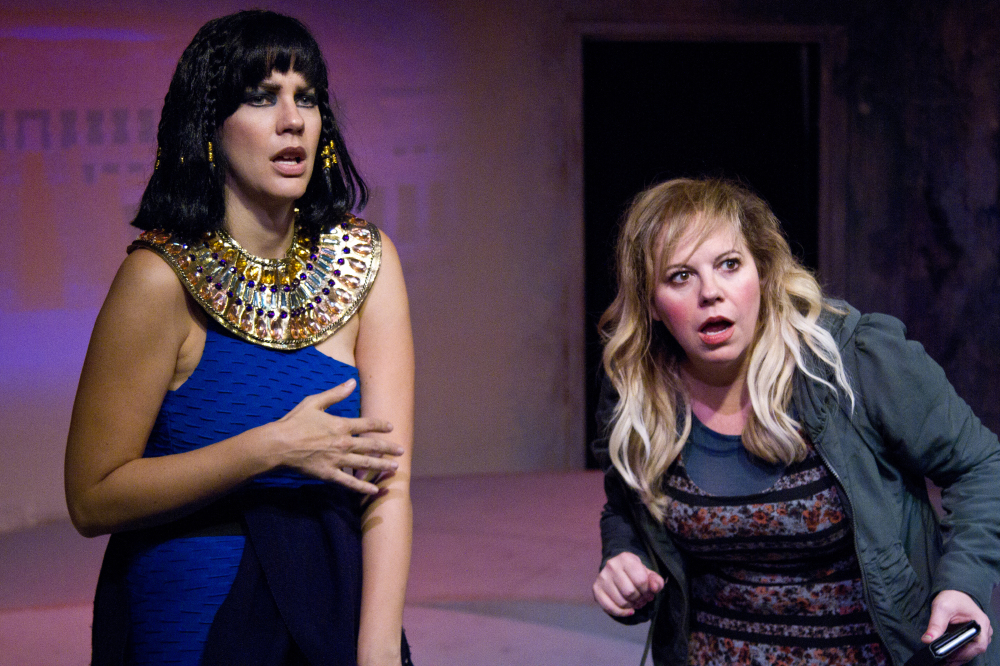 The initial spark for Cleo, Theo & Wu came when I listened to a lecture on ancient history that I found on Audible. It was twelve plus hours and the parts about men in this talk, and what men had done to be so super worth being in history, got disproportionately more air time than anything about women. I was struck by that. I was struck by how utterly unstruck I was by that. “Well, of course,” I thought to myself, “of course there would be more stories about men in history. Makes sense.” Why does that make sense?

There were only three stories I remembered from the lecture which were about women: Cleopatra, Theodora and Wu. The day I finished listening to the lecture, I started hearing words in my head. At first, it was just the names “Cleo, Theo and Wu” repeated on a loop. They sounded cool together, so I wrote them down. The words grew into whispered sentences while I was falling asleep, screams to pull my car over, and demands to stop making dinner and scribble something.

Then the election happened, and I watched my mind tell lies about Hillary (“she probably IS in a weird Pizzagate sex cult, I sure hope not, but maybe? And why is she so stern? And she probably is a bitch”). This judgement of Hillary Clinton caused me to notice the stories I tell myself 24/7— the running thread in each: there’s a “right” way to be a woman and I am not doing it right. None of us are doing it right. And I wrote all that down.

As I wrote, more words came. Questions and concepts about how our private trauma affects the memory and telling of our private histories, the responsibility of privilege, how angry people get (including me when I’m being small-headed) at being called privileged, and how wonderfully potent, and at the same time, terrifying it is to be a female. How can we let our rage out as women and be taken seriously? How can we create a world where the patriarchy and the matriarchy have their thrones side by side?

This play makes me wonder about a lot. When we perform the play, we bask in these questions. Everyone together, audience and actors, and that fills me with hope.

Two things the play has taught me that I know for sure: