My favourite comedian by Damien Warren-Smith

Damien Warren-Smith writes a piece for us ahead of his new show at the Edinburgh Fringe Festival.

DAMIEN WARREN-SMITH is an actor and comedian who returns to the Edinburgh Fringe Festival with GARRY STARR CONQUERS TROY. This new show will see Garry Starr casually conquer Troy and school audiences in the art of Pretendism in another anarchic masterclass to remember. Ahead of this, Damien talks to Female First about who his favourite comedians are and why he can’t pick just one! 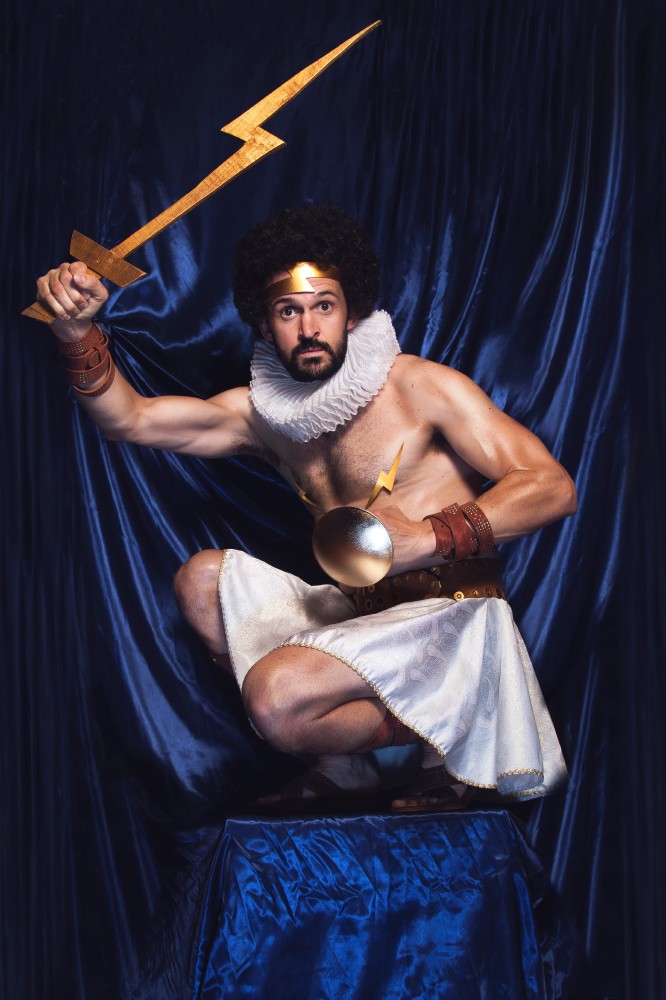 I’ve started writing this piece at least a dozen times, each attempt picking a different ‘favourite comedy act’, but never feeling entirely honest. The fact of the matter is I don’t have a favourite comedy act. Watching live comedy is very difficult for me as I find it hard to sit still for a whole hour. By all accounts I was like this from a very young age and still to this day when asked, ‘Do you like football?’ I will reply, ‘Yes, but please don’t make me watch other people play it!’ This short attention span might also explain why my shows are so anarchic. One reviewer described my debut show as “an anarchic play-date with a six-foot-two toddler with a mop of fuzzy hair, no inhibitions and far too much raspberry cordial on board” which is perhaps how my Mum would describe my upbringing (aside from the height).

Perhaps you can tell by now that, unlike many comedians, I am not a writer. My background is in performance and putting pen to paper (or fingers to keys) actually causes a great deal of anxiety. My shows are not generally written but devised and it is only later that I write down what I say and do, in order to make it easier for the technician operating the show to know where the hell we’re up to.

But I digress. Of course I do. This article was not supposed to be about me but about my ‘favourite comedy act’ (which I don’t have) so here are a few comedians I’ve gigged with recently who made me howl with laughter…

So there you go. I sort of answered the question even if I did spend the majority of the time talking about myself. We’re still a few words short of 500 (the word count I was given) so here is the chorus to Mawaan Rizwan’s song ‘Mango Chutney’ which is far less likely to get stuck in your head in its written form: