10 Things that make me laugh by David McIver

David McIver writes a piece for us ahead of his new show Nice Little Man at the Edinburgh Fringe Festival.

This is a lovely piece of character comedy by Joe Wengert, who plays the manager of a frozen yoghurt shop. Useless authority figures with no self-awareness is one of my favourite things to see, and Wengert plays it to perfection. 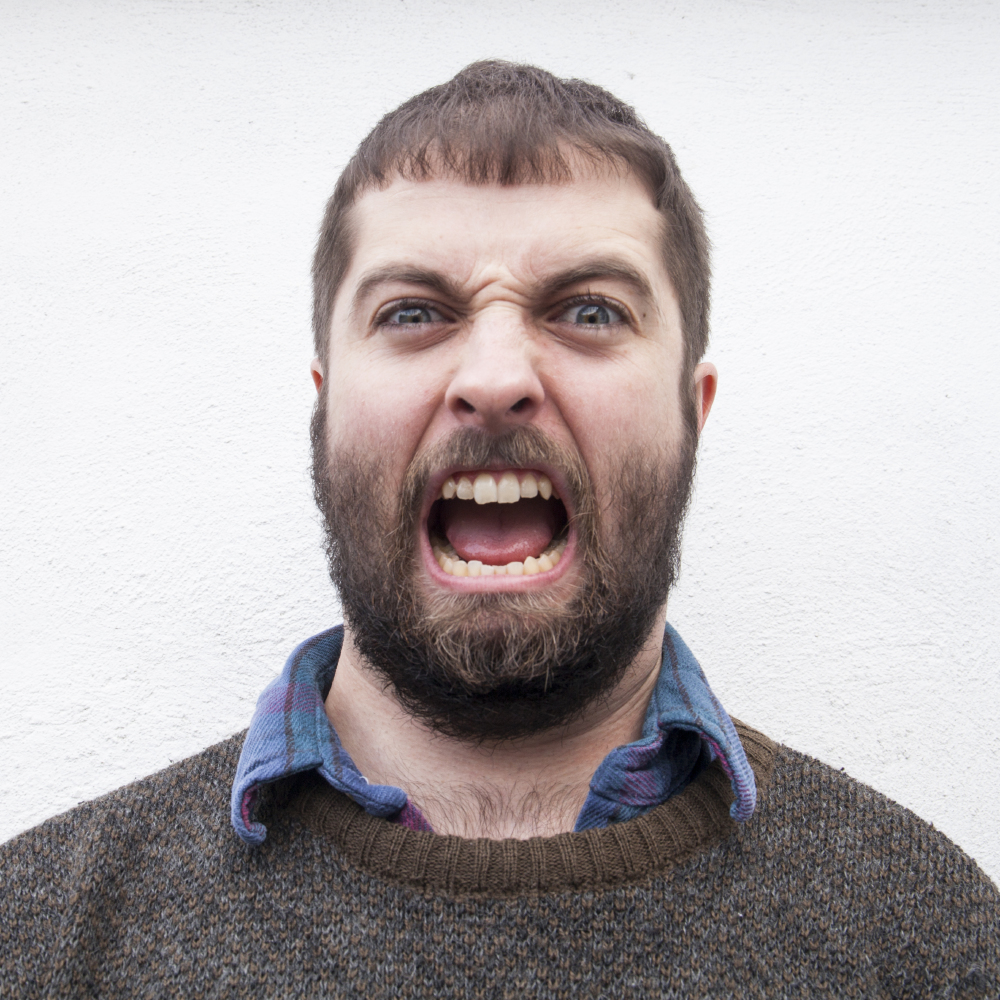 David Shrigley does really silly, fun and absurd drawings. This one of a man that is stuck on a crazy wheel really tickles me. It somehow manages to get across something essential about the human condition in a simple line drawing that a child could do.

It’s a dark comedy drama starring Julian Barrett and Olivia Colman, and it makes me laugh, but more importantly it makes me cry my tiny little eyes out, which is really what I want from a comedy.

I always get excited when a Comedy Bang Bang podcast comes out with Lauren Lapkus on. She’s such a talented improviser and her characters are always so silly and fun.

Have you heard of The Simpsons? It’s very good! If you held me at gunpoint and asked me to pick my favourite Simpsons joke, I’d wonder why you were threatening to shoot me over such a trivial point. But then, if you continued to insist, I would pick this joke from the episode ‘Homer Badman.’

Jimothy Lacoste is a hip hop artist who writes from a very down to earth perspective, and is often hilarious. His song ‘Drugs,’ about how he wants his girlfriend to stop taking drugs and get some hobbies instead, is very funny. This line always makes me laugh: ‘Yes I know things get boring, but here’s an idea grab a pen and start drawing.’ It’s good advice for any teen.

i despise the toilet. id love nothing more than to kick it through the wall and shatter it into 100 shards of wet porcelain. But i need it

If you ask me, and in a way you have, @Dril is the best person on Twitter. He’s managed to develop such a unique and effective voice that every tweet he does is hilarious. I wish I’d written all of them. My three favourite things about this tweet are 1) the word ‘despise,’ 2) the phrase ‘wet porcelain,’ and 3) the realisation at the end.

I like this fun webseries because it’s totally flippant and insincere the whole way through, and refuses to take itself seriously. It’s lovely watching performers with this much freedom.

Nathan Fielder gives terrible advice to struggling businesses, and they actually do it. Fielder is great at highlighting what’s funny about his guests through his clueless, yet sincere demeanour. This is a nice scene in which he convinces a caricature artist to start roasting his customers.

They’re a deadpan, low-energy sketch double act and they make me laugh painfully hard whenever I see them.