I've always been interested in stories where things happen. From the beginning you're thrown into it. In the UK it is estimated that around 100,000 children run away from home every year.  Although most only stay away for one or two nights there are some that stay away for much longer, some never return. FCUK’D is a one man play written entirely in verse that follows the story of two brothers who decide to run away from their council estate home in search of a better life. 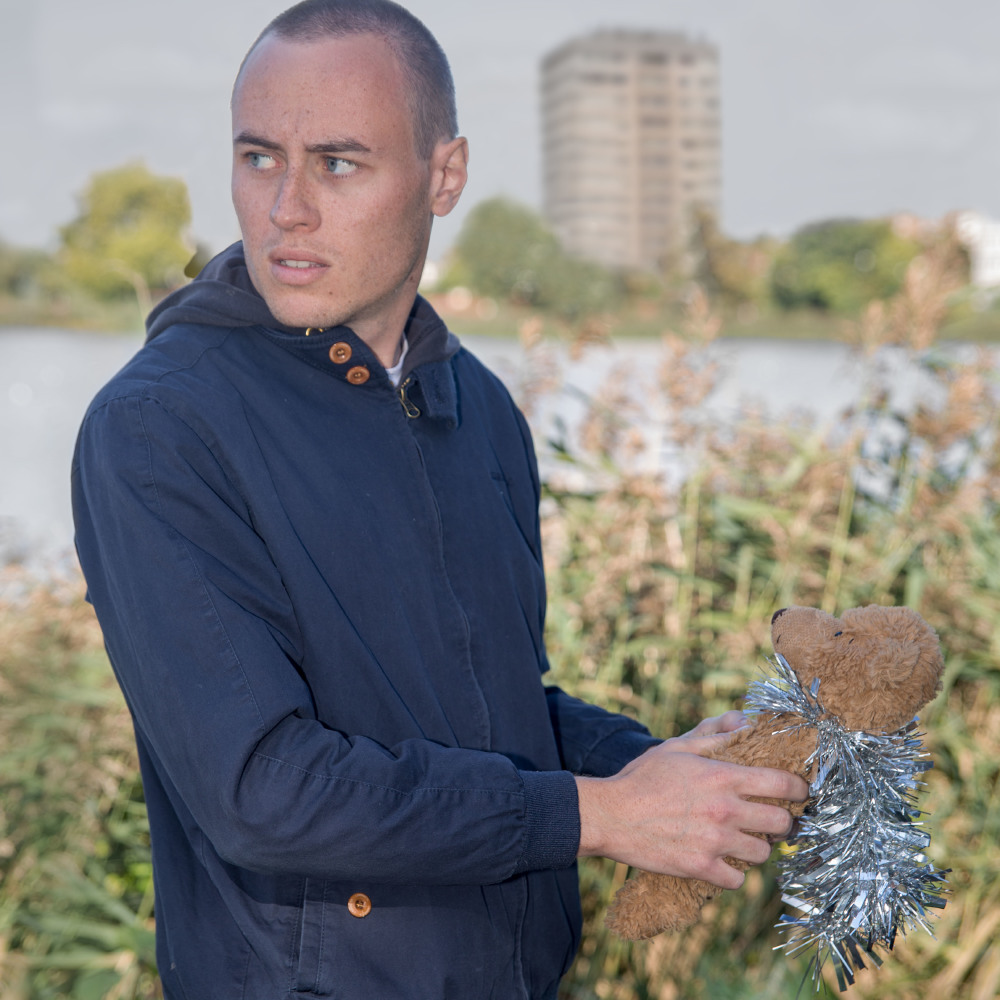 Will Mytum by Andrea Lambis

'Boy' is the eldest of the two and acts as a young carer to his little brother 'Mattie'. Compiled from a 2011 census data showed that nearly a quarter of a million people under 19 in England and Wales were caring for parents, siblings or others – charities say that coping with these pressures caused many to fall behind in school and miss out on their own childhoods. Boy doesn't attend school but wakes Mattie up in the mornings, feeds him, clothes him and makes sure he's in on time. It is his desperation to keep them together and being FCUK’D by an unfair system that drives him to make the decisions he does. To Boy, Mattie is his life and his purpose is to give him all the opportunities he feels he never had. But when faced with the prospect of losing him, he loses purpose and therefore decides to kidnap him.

I decided to set the play in December as this heightens the stakes. Christmas is a time for sharing and for family but these issues simply don't disappear.  It's important at this time of year to still tell these stories.

As well as focusing on these issues the play is about a forgotten voice. One I believe we don't often hear in theatre. Theatre is a place where all stories should be told and every voice has a right to be heard.  We want the play to challenge people's immediate reactions. We all see people on the tube or in the street we make judgement about. The term CHAV tends to carry negative stereotypes.

We don't take the time to get to know the whole story.  Who are they? Where have they come from?

Although Boy makes many mistakes his motives are admirable and done for his younger brother.  Who's to say in his shoes we wouldn't do the same thing? We are all capable of making good and bad decisions and backed into a corner what would we do?

From the very beginning we're thrown into their world welcomed as equals with the hope that an audience can leave feeling they have witnessed something and through the play they have a greater understanding of Boy. Hopefully they've come to know him and by the end side with him.

Theatre is about sharing. And as a play that is an alternative Christmas show we hope that it gets people thinking differently and thinking more about what is important to them. I had a great teacher at school who use to say 'We all have shit to deal with and everyone's shit is important.'