10 Things that make me laugh by Glenn Moore

Glenn Moore writes a piece for us ahead of his new show at the Edinburgh Fringe Festival.

Funniest film ever made. There’s not a single part of it I don’t find funny, and not a single bit of that film is intentionally funny. Jude Law’s posh lisp and inexplicable mahogany tan. Jack Black humiliating Kate Winslet by yelling movie theme tunes in a Blockbuster. Characters talking to themselves for ages so the viewer can follow the insanely easy storyline. Cameron Diaz having a breathing condition that’s a heavy focus for the first few minutes and never mentioned again. Man, it’s so funny. 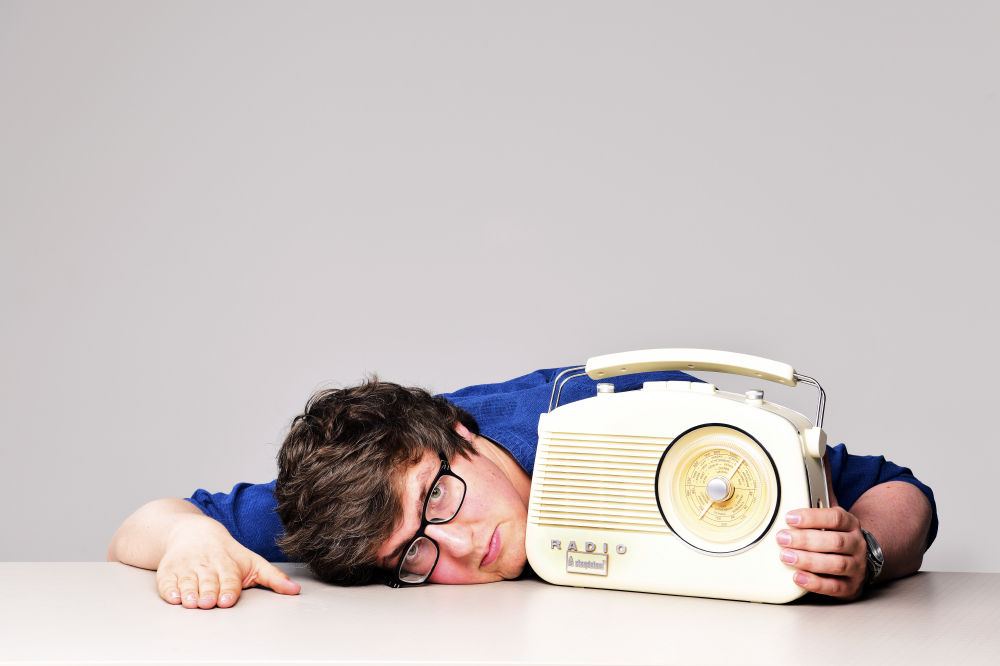 This is summed up well in The Simpsons with the clown bed that Homer builds for Bart. I absolutely love adverts for kids toys or cartoons meant only for joy that are accidentally absolutely horrifying. Even a pizza advert where someone’s eating the pizza just slightly too slowly or too messily, or a shot that lingers for just a second too long. That is extremely my kind of thing. Tim & Eric Awesome Show and The Eric Andre Show make this sort of comedy and it’s the sort of thing that I struggle to breathe during.

Nothing makes me laugh harder than compilation videos of amateur stage productions trying to use wires (for the purposes of flight in shows like Peter Pan), and it just completely failing.

Anything out of tune

People singing badly, that video on YouTube of the 20th Century Fox theme being badly played on a recorder, Glenn Close starting the US national anthem in just too high a key.

When Jenny leaves Forrest, he decides to go for a very long run. Having explained that he went for a very long run, the elderly woman sharing a park bench with him seeks further clarification and says “So ya just…raaaaaan?!” Not intentional, but hilarious.

I think the whole sitcom could have been Frasier self-righteously yelling and I would still be watching it. My all-time favourite moment is in the episode where he’s defending his date, Felicity Huffman, for a whole evening while she relentlessly offends his family, until she makes a passing criticism of his new hand towels, and he just switches and growls “Get. Out.” Bonus points for his response when she says “Give me my purse.” “And I, my HAND TOWELS!”

Shut up, he does. Mr Blobby is just the purest form of comedy. It is everything.

The first time you see him there’s real threat – he looks terrifying. But then he’s this weird, physically inarticulate marshmallow. Mr Blobby in any context is funny. Imagine living with him. Imagine being dumped for Mr Blobby. I was told to write 500 words for this article and I’ve splashed out a lot of them on Mr Blobby.

Ok, and we’re back on track, word-count wise.

When Macauley Culkin is laden down with shopping and his carrier bags split. Nothing about that shot makes you think it’s going to happen. The perfect comedic surprise.

Videos of people trying to do the longest burp