My inspiration for Post-Mortem by Iskandar Sharazuddin

Iskandar Sharazuddin writes a piece for Female First ahead of his new show Post-Mortem at the Edinburgh Fringe Festival.

Writer Iskandar Sharazuddin’s play POST-MORTEM fuses physical theatre, dance and gripping new writing to present an unflinching, complex and comedic look at young love; the giddy joy, the fragments, the trauma that outlives it and the lies we tell ourselves when it ends. Ahead of the show’s run at Edinburgh Fringe Festival he spoke to Female First about what inspired the play. 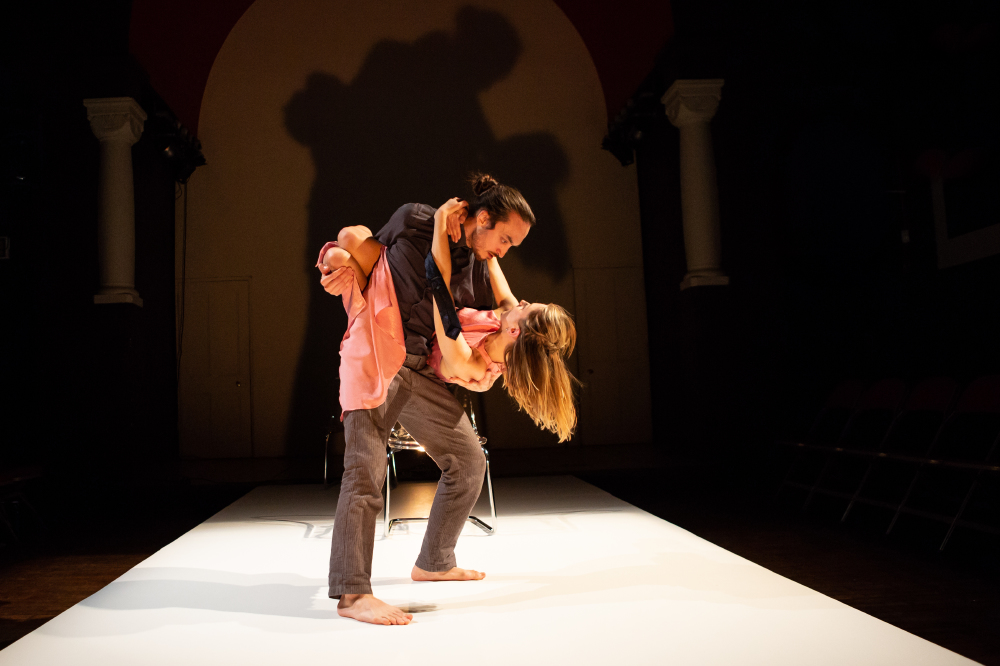 Post-Mortem is in its eleventh draft - I am prolific when it comes to redrafting. I was inspired to write this current version of the show, which is my favourite, because of one major factor - my director, Jessica Rose McVay.

However, Jessica can't be considered the catalyst for the initial external creative impulse to write the story of Nancy and Alex, two ex-lovers who meet 10 years after their sweeping and impossibly romantic teenage love story ends in tatters. I'll come back to Jessica.

In 2010 I wrote a play called The Hill & The Piano. It was overwritten and painfully elegiac. When I look back on it now, it is clear to me that it was a cathartic writing exercise to help me process the ending of my first love.

While I didn't realise it at the time, writing the play planted seeds, that grew into the splurge of thoughts, which then rained down onto the page in the first draft of Post-Mortem. In many ways, the two plays are one and the same and the process of writing the latter involved disembowelling the former.

In 2015 I wanted to write something new. At the time I was really interested in the fact that we, as creatures of emotional complexity and language, have a tendency to mythologise big emotional turning points in our own lives. This is my observation anyway. I'd also recently seen Anne Washburn's play, Mr. Burns, which completely drew me in to its exploration of how memory can be mercurial and unreliable. Those things made me wonder what it would mean to confront a conflicting mythology or remembered moment from your own past?

I first asked what did I mythologise in my past and that led me to the painfully elegiac, The Hill & The Piano. I took the thoughts around self-mythologising and memory and the bones of an old play and began to write something new.

Post-Mortem is a composite of those thoughts and parts of my own history. It is a love story. I love, love. It is one of the seismic forces that shapes us. It is also, conveniently, a great engine for drama - like power, death, and legacy.

Some of the best advice I ever received as an early career playwright was to identify what the major fault lines of my play are. When I finished it, I put it in the proverbial drawer. It still felt too close to the heart.

Then came Jessica, a woman who approaches the making of theatre with zeal and honesty. She asked me, ‘what is in the drawer?’

Together we stripped the play back, forensically interrogated the characters, and asked what makes it current and universal? We also discovered that when these two characters meet and confront one another, each implodes with a range of emotions, suddenly language felt insufficient to communicate this. Dance and movement felt perfect; hence we have a play with scenes of naturalism that dissolve into physical language.