7 Things that make me laugh by comedian Jacob Hawley

Jacob Hawley writes a piece for us ahead of his new show Howl at the Edinburgh Fringe Festival.

One of my friends nagged me for years to watch it, telling me its the best television show ever made. Eventually I did, and he was right, obviously, but i didn’t expect it to be so hilarious. I’m usually a bit wary of American humour; I’d much rather watch a semi professional British comic do their Edinburgh show at The Soho Theatre than watch an American millionaire do one of those Netflix specials, but nothing has ever made me laugh out loud as much as the Sopranos, the dialogue is so snappy, I think its really important in making the characters so loveable when their actions are so deplorable. 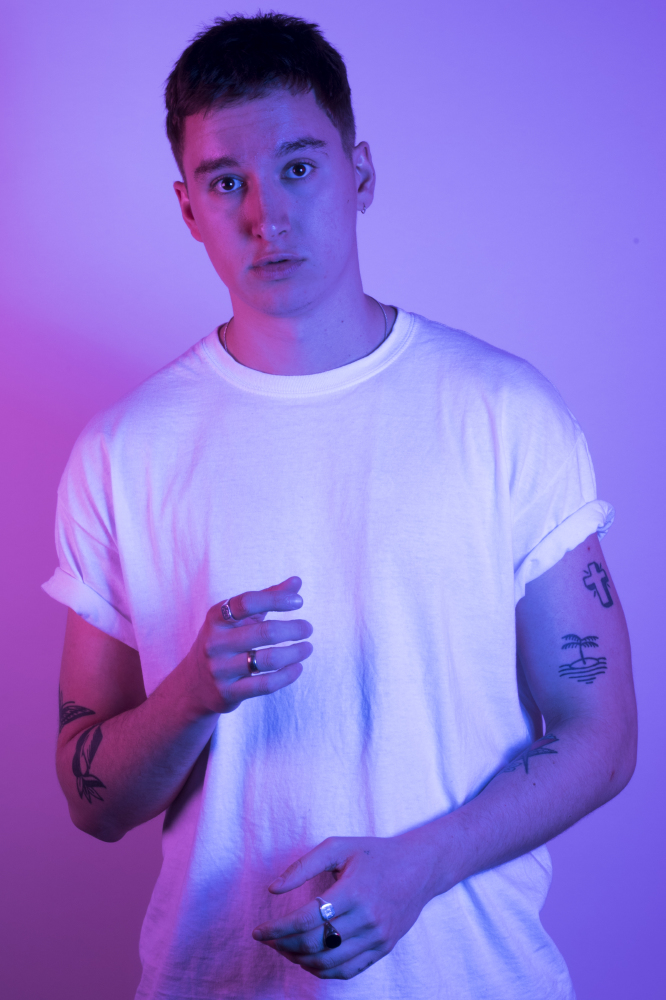 The Reeves and Mortimer back catalogue is unconquered, I can’t think of another act who has as much incredible work as they do, but in recent years whilst Vic is making really lovely paintings, Bob has made his football-podcast-that-isn’t-really-about-football, Athletico Mince, and it makes me laugh to the point that I regularly embarrass myself on public transport (cos of the noises I make, nothing messy). He’s also just done his fishing show with Paul Whitehouse which is quite tender and lovely, and there’s a new Big Night Out coming out. I got a bit upset a few years ago when Bob nearly died, its nice to be able to continue enjoying his work.

My family used to go on holiday to a caravan park every summer because my mum worked at our school (in various capacities, I think she’s been a dinner lady, cleaner and a teaching assistant) so she had 6 weeks off with me and my sister. My dad would come down to meet us at the weekends and it was a bit of a tradition that we’d get fish and chips then stay up a bit later and watch something that he would choose. One of my earliest memories is rolling around on the floor in fits of laughter when Manuel has that mix up with the Moose head. It made it all a bit more upsetting when Russell Brand and Jonathan Ross phoned him up to tell him about his daughter when I was a teenager.

Paul Joseph Watson is the editor of the Alt Right publication Infowars, and he’s on twitter under the handle ‘Prison Planet’. As far as I can tell he’s quite a well educated young man from Sheffield who has become really upset about the way of the world, particularly America, and he now makes a living out of filming himself shouting about ‘lefties’ whilst stood in front of a map of America in his basement. I’d love to know how it all started, what upset him so much. He can be really cruel sometimes, and I often wonder whether my fascination with someone whom I disagree with literally everything they say is actually good for my mental health. But then he’ll do a sponsored tweet for a pill that apparently helps people to concentrate and it all seems funny again. I messaged him once a day every day to tell him what I was doing and how I was feeling for a good few months. I could see he was reading it but he never replied.

Group chat’s are really good aren’t they. I’ve got a nice big one on WhatsApp, about 11 of us who all went to school together, and its loads of fun. We discuss a lot of the big issues, we’ve planned how we would survive terror attacks, there’s relationship advice, football quizzes, riddles, sometimes we just guess what each other has had for breakfast. In today’s marginalised and often lonely digital world, I think group chats are really good, and if you haven’t got one, you can join mine.

I can completely understand why people might not enjoy football, but whether you like it or not I think its hard to argue that its hilarious. The concept, the characters involved, the way that its quite old fashioned but its being dragged into the future by new media. 22 men who often don’t even like each other, just kicking something, collectively earning millions every week while we all watch and attach ourselves to it so that we forget about death for a bit. Football has had to adopt quite modern slang, player’s are now referred to as ‘snakes’ if they leave one club and move to another, and one of my favourite things is seeing really young fans bringing stuffed snake toys to the stadiums on match days and waving them at players, sometimes whilst crying, to show their disdain for them moving from one team to another.

I sometimes get in dark situations at house parties or nights out where it all gets a bit much and what I quite like to do is to lock myself in a toilet for 20 minutes and watch some of my favourite videos that Wiley has uploaded to Instagram. I’ve got all the links saved on my phone. He’s obviously really good at making grime music but he’s also a really funny, vulnerable person. All his Instagram videos are really funny. And his books good.

Jacob Hawley performs his debut show Howl at the Edinburgh Festival Fringe at Just The Tonic, Mash House from 2nd – 26th August at 3:40pm. More info and ticket are available at www.jacobhawley.co.uk/