Writer and performer Lily Bevan talks about her inspiration for 'Zoo'

Lily Bevan writes a piece for us ahead of her new show Zoo at the Edinburgh Fringe Festival.

When Hurricane Irma hit the USA last year I saw an American zoo keeper from Miami on a news report talking about how she was preparing to keep her animals safe, and the character of Bonnie in my play ‘Zoo’ was born. 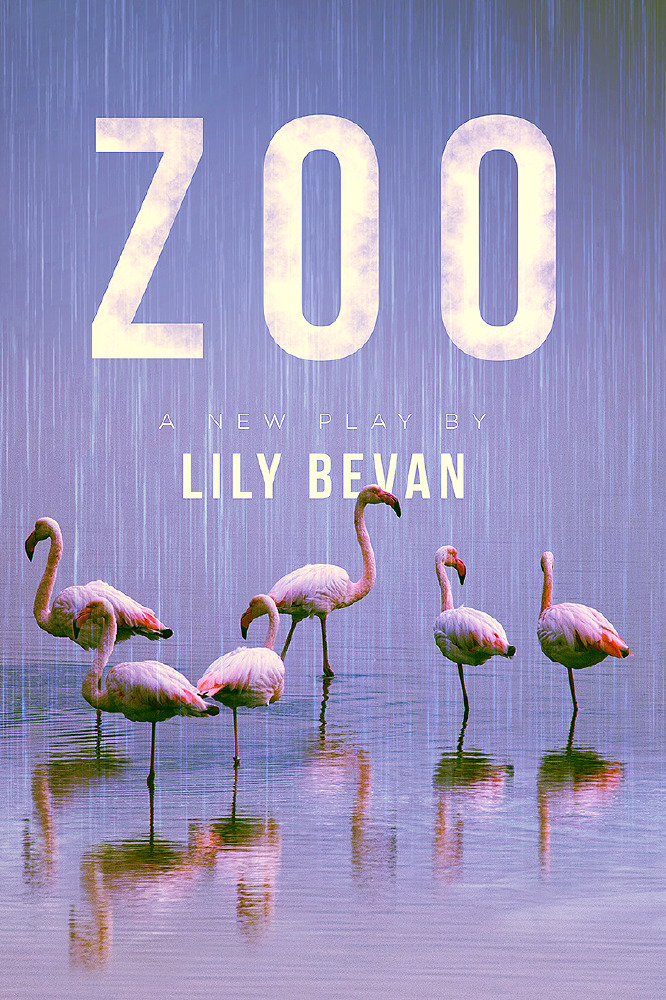 'Zoo' follows the night the hurricane hits fictional ‘Cherokee Valley Zoo and Conservation Centre’ and the perils Bonnie and her team face. Bonnie loves animals, but she struggles with people and has got caught up in some difficult gender politics at the Zoo. She wishes humans were as straight forward as the rest of the natural world. She tries to make light of it, chatting to the news reporters: “Did you know sloths are the only animals who do not fart?” she asks.

Real life celebrity zoologist Lucy Cooke has helped us with our animal trivia throughout the play as part of our research - she is completely fantastic - an Attenborough-esque genius. My character, Bonnie has to face the pain of her past, and awkwardness of her role at the Zoo including relationships with “Ian Butterwick giant otter expert” (played by Mike Wozniak) and boss Bill, to face the hurricane and save her beloved animal tribe.

Carol - Bonnie's best friend - who she met at a conference in Chester Zoo - lives in North Yorkshire, working with bats. Carol has her own challenges too, her angry ex husband, her silent son Paul, meddling local caving groups and the South Yorkshire bat group. Bonnie gives Carol the confidence she requires to face a dark day in the caves, when Paul goes too far. Carol gives Bonnie the heart she will need to face the hurricane.

Their friendship helps them both surmount immense personal challenges. This is a story of two complex, funny, awkward women - both in a mire of bosses, exes, hierarchies - both who prefer animals to people, because both need to escape.

In the current climate of women speaking out telling their stories it is very important and exciting to me to write nuanced female characters and represent some of the challenges millions of women have come out and described in the last year.

And the relationship between Bonnie and Carol represents how I see the future - which is fuelled by the positive and constructive power of feminine energy.

I feel full of anger about the Trump administration and the umbrella of sexism and bullshit it throws across the world. So by writing an American female character I imagined about how I might feel experiencing this - the men Bonnie faces harassment from are representations of that regressive and aggressive political energy.

I’ve been writing comedy recently, but come from a drama background. I love mixing the two and hope ‘Zoo’ is fun and full of humour and imagination as well as facing the dark part of the female experience.

I’m so excited to be presenting the show in Edinburgh where I’ve found some of the work that most inspires me..