My favourite comedians by Lisa Treyger

Lisa Treyger writes a piece for Female First upon the release of her new shoe Glitter Cheese. 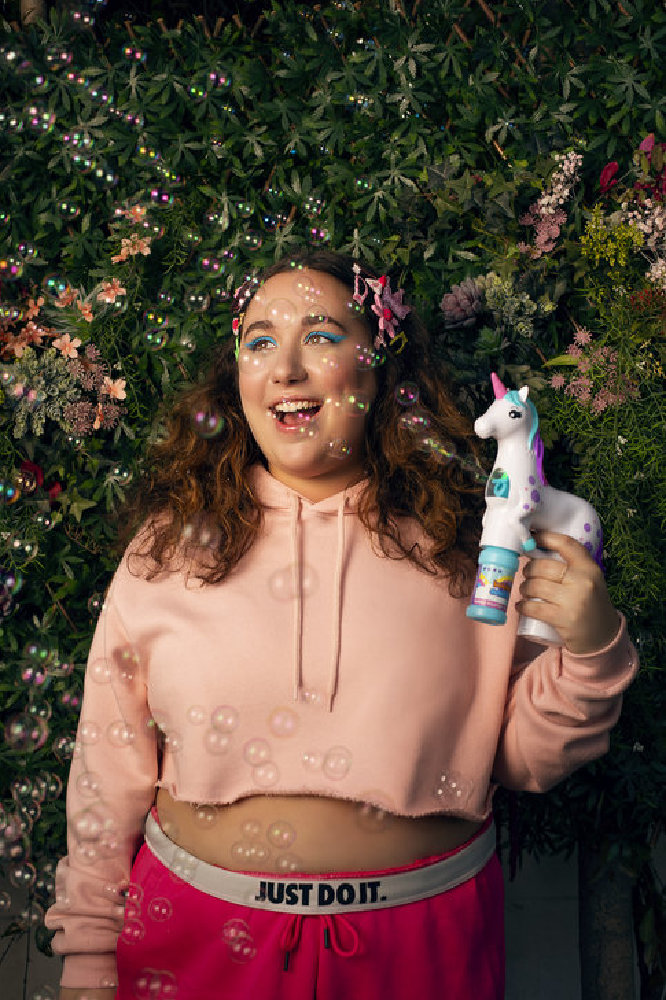 I met them early in my career and their work ethic and vibe taught me how to act and be in my career. Burress I saw live at Zanies in Chicago when I was 2 months into comedy. After the show I went to an open mic and he was there, and I was so confused but that’s when I realized what comedy was. You perform all the time as often as you can and you’re not too good for any room. He’s a Chicago legend that once played a laundry room open mic on Thanksgiving. Nikki Glaser I met in the back of a Mexican restaurant in Springfield Missouri and she invited my friend Kenny and I to open for her in Kansas City on New Year’s and I couldn’t have been more excited. While there I saw her deal with asshole sexist club owners like such a badass and I realized that assholes are everywhere and how to shut it down in a chill unamused way. I also observed her not writing a set list and was so confused and when I asked her about it, she replied something along the lines of: I know the chunks and jokes and can switch things around and just have fun and be in the moment.

I stopped writing set lists after that and just enjoyed being on stage playing around with my jokes. Tom Segura was my first official feature weekend in Peoria, Illinois. He treated me so well that I remember thinking this is how I’ll treat people when I have openers. He was 10 years in, and it was a pretty light room between 20-30 people, and he gave everyone a great show, each set was fully different, and he was happy and that gave me a realistic marker of how comedy works. Now when I perform in front of not a lot of people I remember that weekend and how now Tom sells out multiple shows in giant theaters and to just keep going and enjoy the journey. Dave Attell is my number one hero! I saw him live when I was 18 years old, and then at 21 I went to all 4 of his shows one weekend and not one was the same and he stood outside after each show and met every person in line waiting. I got two pics with him that weekend! No matter how huge you get you have to be grateful and treat the people that come see you with respect. When I started opening for him, he told me by the end of every weekend you should have a new joke and I love that and always try to do that. He also treats the staff of clubs so well and is a very charitable man. He’s humble beyond belief even though he’s the funniest most talented comedian alive.

Liza is currently on a UK and European Tour. Tickets and further info can be found online here, http://www.glittercheese.com/