Liz Richardson talks about the process of getting Gutted on stage ahead of her performance at the Edinburgh Fringe Festival.

I had been struggling to move the material I had written for stand-up on to the next stage, which I felt was a one-woman show. It seemed audiences were ready to laugh at my expense but I wanted to turn the characters and scenarios I had experienced during my time living with a debilitating illness, into an act which had more substance and depth and not just a send up. I was introduced to theatre-maker Tara Robinson, and this is when I feel Gutted was born! 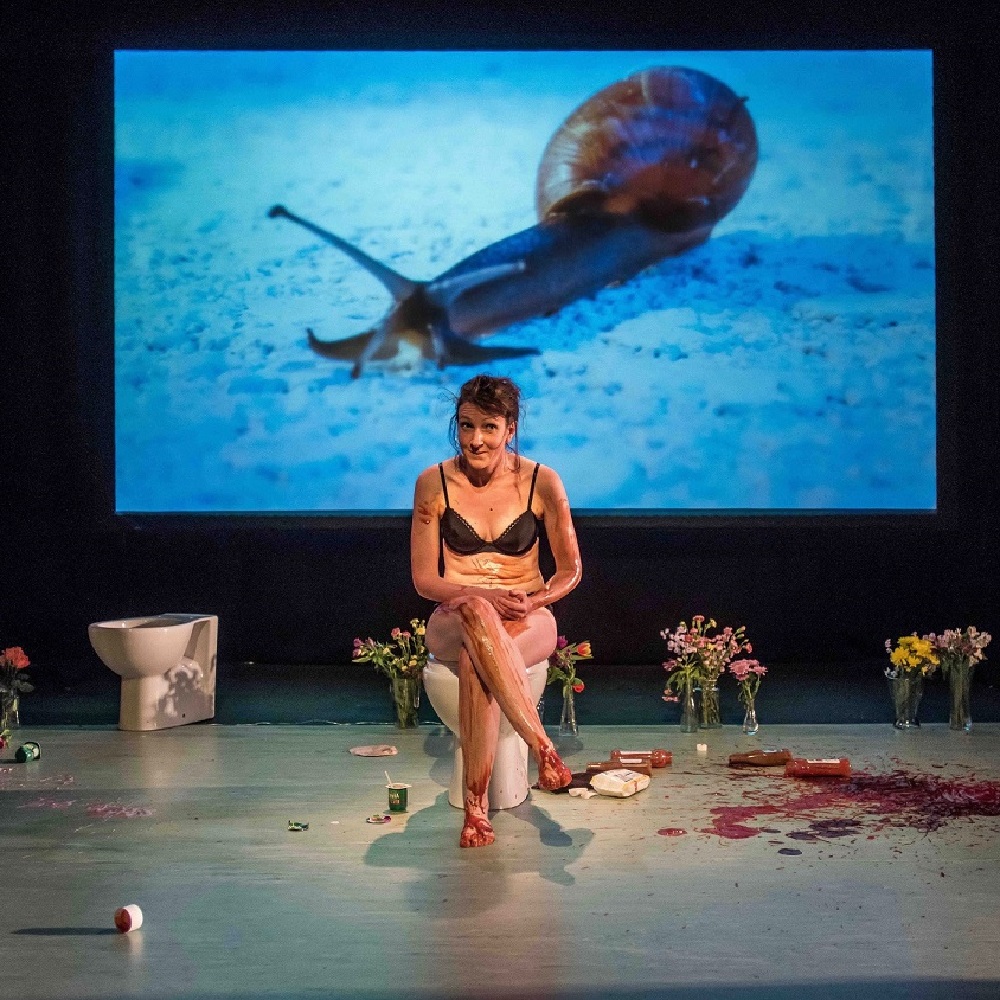 Gutted is a one-woman show about my journey since being diagnosed with Ulcerative Colitis, an Inflammatory Bowel Disease. During the show you meet the people I shared my illness with in and out of hospital, the support network, the NHS; moments of strength and laughter and the moments of loneliness and shame. And there is a love story thrown in for good measure!

Tara and I worked well together from day one. Tara’s job was to get all these characters and ideas from out of my head and onto paper. My job was to get over the embarrassment of initially doing stand-up to her at 10am cold sober in her front room with her not knowing much else about me. Not long after Tara and I were making our first wave of progress, I upped and left London with my husband to move to the Peak District- my new theatre circuit would be Manchester. It was around this time Tara made contact with Petra Tauscher who was now resident as Creative Producer at the soon- to-be-opened HOME theatre in Manchester. HOME took us under their wing, giving us space to run initial R&D in their offices and later in their spanking new rehearsal room.

Following a couple of successful R&D sharings and funding from Arts Council England, I popped off to have a baby and then returned to share our work with a run at HOME in May 2016. Gutted was well received with sell out nights and warming feedback. By this point we had brought on board IA (Ileostomy and Internal pouch Support Group) as sponsors. I had always wanted to take this story as a piece of theatre into hospitals, into the space which housed the very beginnings of my journey. Towards the end of last year, thanks to the Wellcome Trust and IA (and a lot of hard work from Tara), we took Gutted on a short tour around the country to UK hospitals, performing in their lecture theatres, conference centres- any space they could fit it in! It was a great success and we managed to reach audiences that perhaps never would have accessed the show in regional theatres or felt encouraged to go see theatre which relates to their own lives and stories.

And one year on, and 11 years on from when I was first diagnosed, we bring Gutted to Edinburgh festival, after a return to HOME theatre in Manchester for 4 nights in July. It’s been a long time coming but through Gutted’s journey I’ve come to call myself a theatre maker, not just an actress. Through telling this life story I have in fact created a whole new path for my creativity and have met some wonderful people within the industry along the way.