Lizzie Vieh writes a piece for Female First ahead of her new show Monsoon Season at the Edinburgh Fringe Festival.

Ahead of bringing her dark and twisted tale of paranoia and addiction, ‘Monsoon Season’, to the Edinburgh Fringe, upcoming New York playwright, Lizzie Vieh, tells Female First what inspired her to write her show. 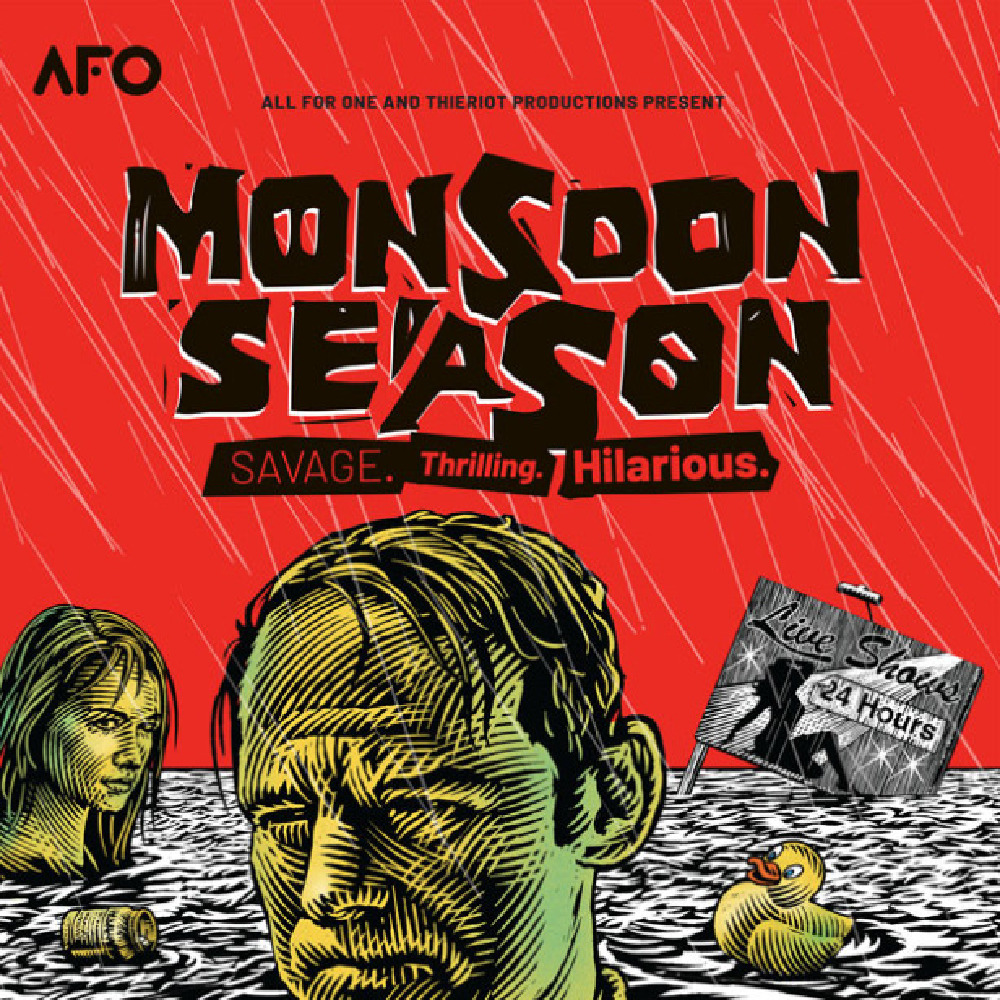 I grew up in Phoenix, Arizona. Phoenix gets about 9 inches of rain a year. Over the summer, the weather is oppressively repetitive – day after day of bright cloudless skies and scorching heat. Then, around July, it starts to change. In the late afternoon, big purple clouds start to gather. Wind whips dry leaves down the street. Thunder and lightning build ominously. Then suddenly — torrential rain. It pours, turning the streets into streams, ditches into rivers. And then, almost as quickly as it began, the storm vanishes. This is Phoenix’s monsoon season, and it has always thrilled me. This uncharacteristic burst of aberrant weather – it’s dramatic and exciting, unpredictable and a little scary.

In October 2015 I was one of six playwrights working with Amios Theater Company in New York City on an evening of horror-themed short plays. Each play had to be maximum seven minutes long and had to fulfil three conditions: that blood appear, someone screams, and an act of violence is attempted. I was assigned one actor, Richard Thieriot, and given two weeks to write. In 2015 I had lived in New York for four years, but I missed the desert and had never set any of my writing there. That was the first step in creating the play. The second was setting it during monsoon season, which seemed in keeping with the horror theme. And the third was structuring the play around a character’s mental deterioration. Because I was only given one actor, I knew that the dramatic structure of the play had to be mainly internal. I decided to give the main character, Danny, other people to talk to, but (by necessity) they would never be embodied on stage. I hoped that would enhance Danny’s isolation and alienation-- other people don’t seem quite real to him anymore.

Monsoon Season has had several stages of development since that first seven-minute version. In 2016 I expanded the play to twenty minutes for the Samuel French Off-Off Broadway Festival. Then in 2018, I expanded it again to forty minutes for a workshop production with All For One, a theatre company that focuses on solo performance. After that, there was a proposal to expand the play once more and make it a full-length production. At that point, I felt stumped. Danny’s story seemed about as long as I could make it without it getting repetitive or losing some of its cryptic character. That’s when my director Kristin McCarthy Parker came up with a great idea – introducing the character of Julia, Danny’s ex-wife, and creating a companion solo piece to follow Danny’s story. Although the play would now have two characters, it would fulfil the requirements of solo theatre in that only one character is ever on stage at a time. This is the version of the play that we’re bringing to Edinburgh, and will perform in a full production in New York City this fall.

I’ll admit to being a full-blown true crime addict. I watch all the TV and movies and listen to podcasts constantly. Though I’m pretty shameless in my consumption, I do worry about my addiction. True crime is problematic. At its worst, it fetishizes violence against women, and glorifies, even glamorizes violent men. Though Monsoon Season fits into my typical themes of crime and violence, it is my hope that it subverts these tropes. Julia is no victim, and Danny is certainly no hero. The story of their breakup is like the build-up of a monsoon – foreboding storm-clouds giving way to a manic flood of violence.

Lizzie Vieh’s ‘Monsoon Season’ is at the Edinburgh Festival Fringe from 1st – 25th August (not 12th or 19th). Tickets and more information: https://tickets.edfringe.com/whats-on/monsoon-season