10 Things that make me laugh by Luke Rollason

Luke Rollason writes a piece for us ahead of his new show Planet Earth at the Edinburgh Fringe Festival.

I love to laugh. Almost everything in life makes me laugh, so this was a hard list to write. My job as a "comedian" is being an idiot onstage, so I´ve tried to pick examples of how I am an idiot in my own life to show this is a full-time gig and anyone considering it as a career should really think about whether or not they´re willing to put in the time. 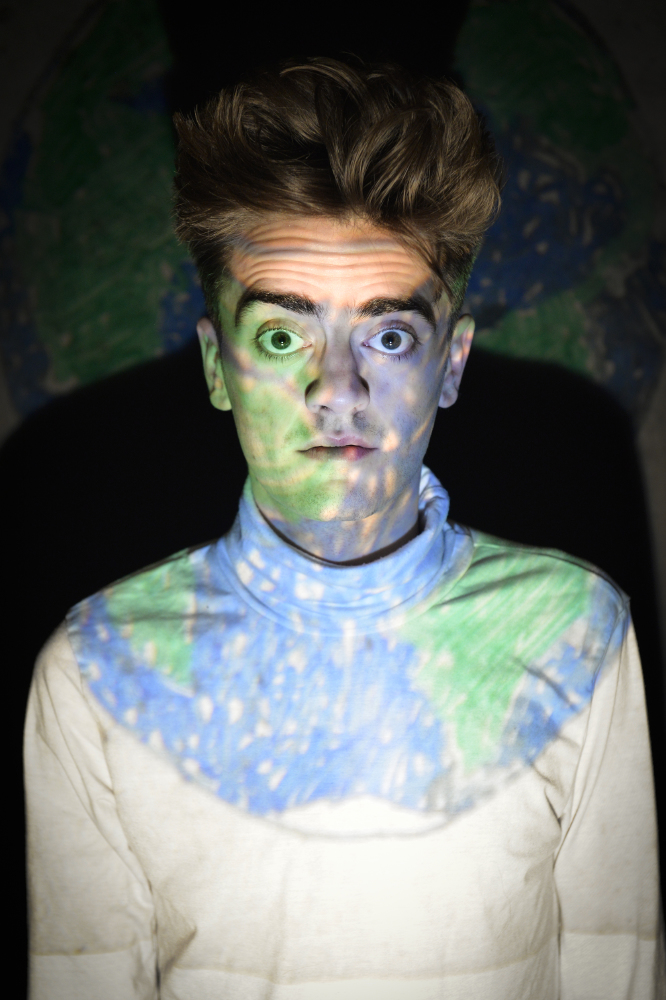 Alternative Flyering Methods. Me and some friends once advertised a show by telling people there was a basement DFS Sale giving away free sofas.

Michael Palin´s Diaries. These are a real treat. Michael Palin kept a daily diary pretty much every day from the early years of Python and they are published in three volumes. If you want a tell-all expose of the secret lives of the Pythons, look elsewhere. If you want a incredibly detailed medical history of Michael Palin, this is your book. This is a man who is obsessed with dental care. The ongoing narrative of his quest to find the perfect dentist is gripping.

Chanting "One More Song" at Gigs when the band has only played one song.

Children in Suits and Adults in Dungarees, especially when they are together. It's like seeing a body swap comedy in real life.

Sad Toilet Graffitti. My favourite so far is "Toy Story 2 Was OK"

David Attenborough Nature Documentaries. I thought these were funny enough to make a whole show based on how funny they are. So they better be funny! But I have a lot of love for the lengths the BBC will go to in order to make us empathise with an albatross. It's in love! It's travelling thousands of miles to be with the bird it loves! It has worries about the future! I don't know when the documentary element of 'nature documentary' became less important, and I don't care. Albatross love forever.

Unsubtle Targeted Marketing. And specifically, the means by which I attempt to avoid being a target. I select "none of the above" on every single YouTube advertising poll about which products I have heard of and continually enter different personal details on every survey. According to the internet, I am a gender-fluid time traveller who is somehow utterly ignorant about absolutely everything.

Hannah Diamond. I don't know if she is real or if her music is an absolutely brilliant joke which I am the victim of. I do know, however, that her song "Every Night" is the same length as the opening titles sequence of the Hungarian philosophical drama film The Turin Horse. I would massively recommend the combination.