10 Things that make me laugh by Owen Roberts

Owen Roberts writes a piece for us upon the release of his new show I Let a Six-Year-Old Write My Show at the Edinburgh Fringe Festival.

My six year old co-writer. I have let a six year old child write my Edinburgh show this year, and she is bloody hilarious, not always intentionally granted, but she comes up with some of the weirdest most bizarre ideas I’ve ever heard. 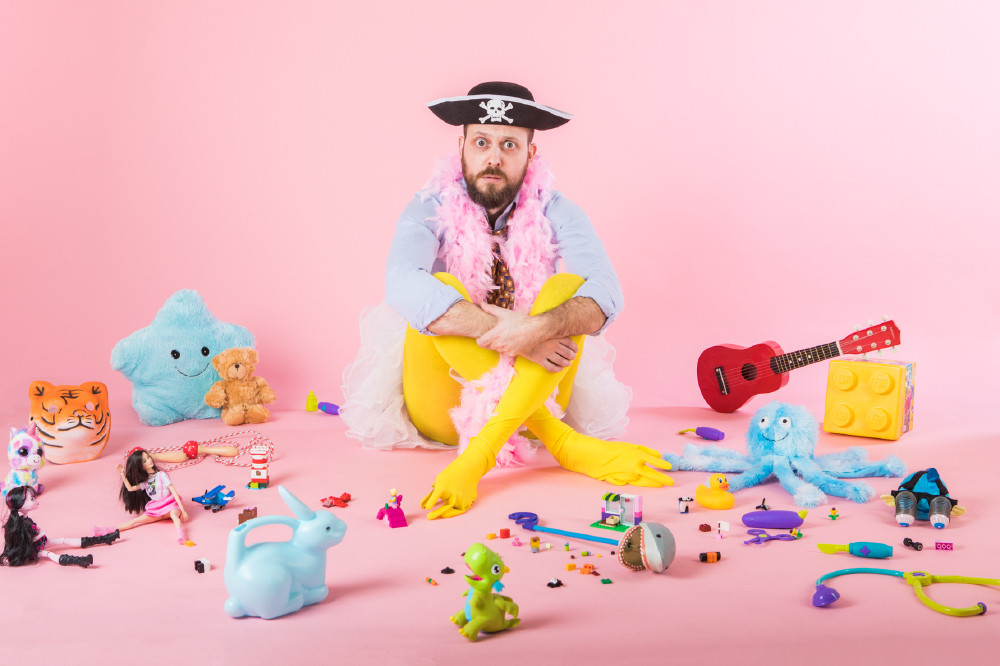 A surprise, all good jokes are essentially a surprise, and sometimes when you’ve watched a lot of comedy you start to predict punchlines in more traditionally structured jokes, that’s why it’s always an absolute joy when a joke comes up that you just didn’t see coming, it’ll always make me laugh without fail.

People shouting things from off stage, I don’t really know why I find this so funny, I think it’s because there’s something very childish about it, it reminds me of being a kid and trying to have a shouted conversation around the house with 3 different people in 3 different rooms. Also it breaks the illusion of professionalism, we know you’re just hiding behind that curtain, so don’t pretend otherwise.

Something that feels live, all comedians practice and rehearse their act, but the trick is making it feel like you’ve just made it up on the spot. It’s really exhilarating and exciting when you feel like something is happening just that one night, it feels special and unique.

Balls, not in the literal sense, but guts, chutzpah. Someone who is brave enough to stand up in front of an audience doing something that is stupid and silly, and might not get a laugh straight away, but they are damn well gonna keep at it. I love it when you can see a sparkle in someone’s eyes that says, I know you don’t like this now, but I’m going to keep doing it for 10 minutes and by the end you’re going to love it.

Audiences, they are so unpredictable, their reactions, ad libs, and heckles, can be absolutely priceless.

Misguided hubris, any comedy character that thinks they are a big deal when they aren’t is inherently funny, because ultimately we know how enjoyable it will be to watch them fail.

Dogs in fancy dress, I saw a picture a dog dressed as two pirates carrying a treasure chest once, it remains one of the funniest things I’ve ever seen.

Something going wrong, you can practice and rehearse all you want but there’s nothing funnier than a fuck up.

Owen Roberts: I Let a Six-Year-Old Write My Show is at Pleasance Courtyard at 4:45pm 1st -27th August (except 13th). Tickets: https://www.pleasance.co.uk/event/owen-roberts-i-let-six-year-old-write-my-show#overview