My inspiration for 'Dominoes' by Phoebe McIntosh

Phoebe McIntosh shares her inspiration for her new show Dominoes ahead of the Edinburgh Fringe Festival.

They say everyone has a book in them. 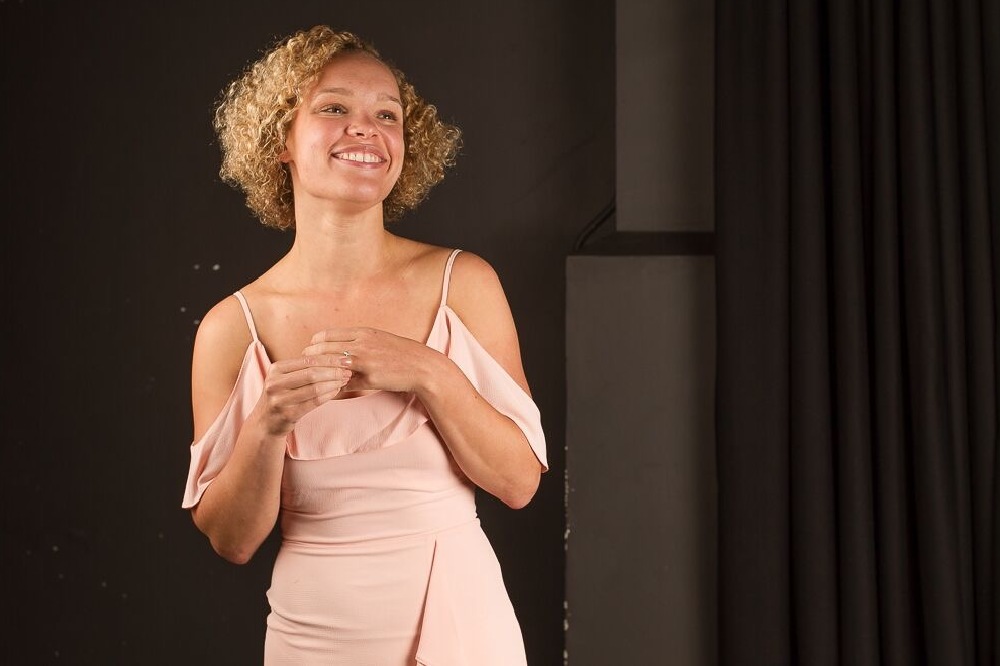 The ability to produce at least one tome accounting for some of their time on earth; words they have to speak; a story they simply must tell. It was two years ago when I discovered that I had a solo show in me. Dominoes is an extended monologue about a young mixed-race woman who is caught between two identities. She is preparing to marry the love of her life, a white man whose surname she already shares. The journey to the altar can be nerve-wracking and stressful for even the coolest of brides; balancing the weight of expectation of two families as well as the sense of stepping into the unknown, with every sinew of your being hoping that you’re choosing the right person so that you don’t end up another statistic. But for Layla, Dominoes’ central character, marrying the man of her choice also comes with the burden of knowing that during the days of Empire, his ancestors owned her ancestors as slaves.

I wrote Dominoes eight years out of drama school when, in a moment of reflection on how my career was going I realised that my CV bore no major, professional credits at a West End theatre, for a long running soap or in a one-off BBC drama, and I couldn’t figure out why. It wasn’t for lack of trying, nor for lack of talent, so people said. Since graduating from Arts Educational, I’d managed to maintain an unerring attitude of positivity which had kept me going even as, year by year, one by one, my fellow graduates turned their backs on the industry to get ‘normal’ jobs because continuing to try to be an actor was just too hard and at odds with any hopes they had to one day buy a house. I wrote Dominoes when I’d started having concerns that perhaps my fair skin and blond curls, my half Jamaican, half English heritage – the things I’m told make me unique and interesting – were also making me too difficult for casting directors to cast and for agents to sign. I was too light to play a mixed-race girl and just too ‘different’ to play anything else.

Writing Dominoes wasn’t the first time I’d felt compelled to put pen to paper to create a role for myself that no-one could say I wasn’t right for. In 2013, I wrote The Tea Diaries which sold out its short fringe runs in Edinburgh and London. What’s different about Dominoes is the message it conveys. That sometimes, people feel lost and one way to find themselves is through the written word. The fact that I also get to perform those words and that they have made people laugh, cry, think and feel, makes it even more special.

I can say now with certainty that I am grateful for my journey to this play. I’m not easy to cast. I’m different – black and white. But, as Layla says in the play, “I can be both. So can you. I think it would help if we all were.”