10 Things that make me laugh by comedian Richard Todd

Richard Todd writes a piece for us ahead of his new show We Need the Eggs at the Edinburgh Fringe Festival.

I don't laugh very readily, I tend to smile enthusiastically, but the following things made me add audio to my crescent of pearly off-whites. 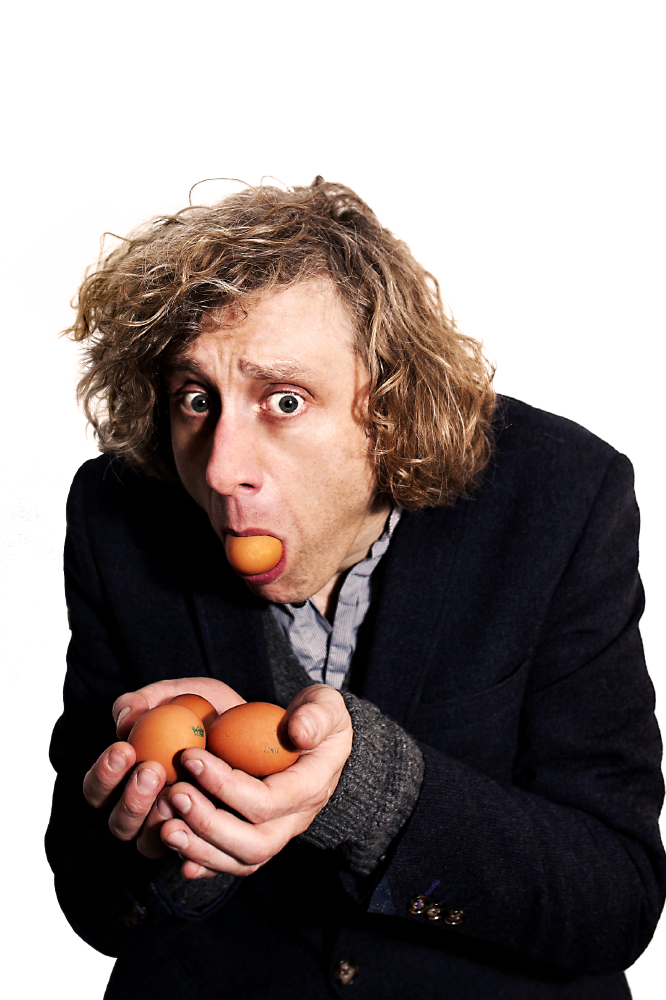 Gogol's Diary of a Madman. I received a copy as a gift, a Penguin classic with a ghastly pixellated image on the cover. The story is absurd, heartbreaking but very funny, as insanity overwhelms the protagonist (a Russian clerk who believes he is the King of Spain) even the dates (April 43rd, 2000; No date. The day didn't have one.) are great. I once read Diary of Madman out to a crying girl at a party. She laughed throughout, then recommenced crying. A palliative rather than a cure then.

Bad taxidermy. There is something tragically inspiring about amateur artists whose passion for their work blinds them to the results. I imagine the taxidermist stepping proudly away from their finished creation and thinking: Your spirit has been honoured cross-eyed grizzly.

Cecilia Giménez's terrible restoration of a painting of Christ tickles me: that she had a photo of the original in her hand and could still look at her work and think: It's coming along a treat. At least with bad taxidermy you have the chance to cry: But that is what the foxes in our neighbourhood look like!

Stand on an Egg With Your Head is an excellently titled and funny Youtube video: a man places an egg on the kitchen floor. Tony's going to stand on an egg, the camera operator says, in a thick Geordie accent. Tony's footing slips from the egg, he plummets to the ground, smashing the egg with his head. The camera operator laughs, while the disconsolate Tony is nonplussed.

The Youtube clip of the mechanics balancing/gluing an egg to their friend's head. They laud him for his balancing abilities, and he too is surprised, then he attempts to remove the egg. Everyone laughs, including the victim, who then walks out the garage and into the distance, egg on head; a misshapen man silhouetted in the sunlight. Where is he going? Greggs, exile? Not many pranks end with such pathos.

I once slipped my disc and the only thing that alleviated the agony was to lie supine, thus whenever the pain struck I would throw myself immediately down: on staircases, in doorways tabletops. Each time this happened my girlfriend burst out laughing, went to get her camera and photographed me. Her lack of concern made me laugh too.

The acts Ross Smith, Crizzards, Heidi Regan and Gary Tro are all VERY FUNNY and not my friends. I find them all funnier off stage but the admin procedure for their friendship involves and initial outlay of time (1hour) and money (negotiable).

An old employer told me a story about a family who arranged to get a studio photo. Before it could be taken their father passed away. They phoned to cancel the booking, but the photographer convinced them he could make it work and thus photographed the family arranged around an empty space into which he pasted a photograph of the deceased father. Unfortunately while everyone else was smiling and brightly lit the father was grimacing, ash white and his head far too big, looming above the group like deathly moon. It made me laugh.

There is a no music version of David Bowie and Mick Jagger's cover of Dancing in The Streets on Youtube. It makes amends for the original and is probably what the artists intended.

Richard Todd: We Need The Eggs is at the Edinburgh Festival Fringe from 1st – 26th August (not Tues 15th)