10 Things that make me laugh by Roman Fraden

Roman Fraden writes a piece for us ahead of his new show Back in the Closet at the Edinburgh Fringe Festival.

I overheard a very powerful woman yelling into her phone in New York -  ‘I’ve been with you for 9 months. Niiiiiiine months!!  and, now……… you’re  a NUDIST?! 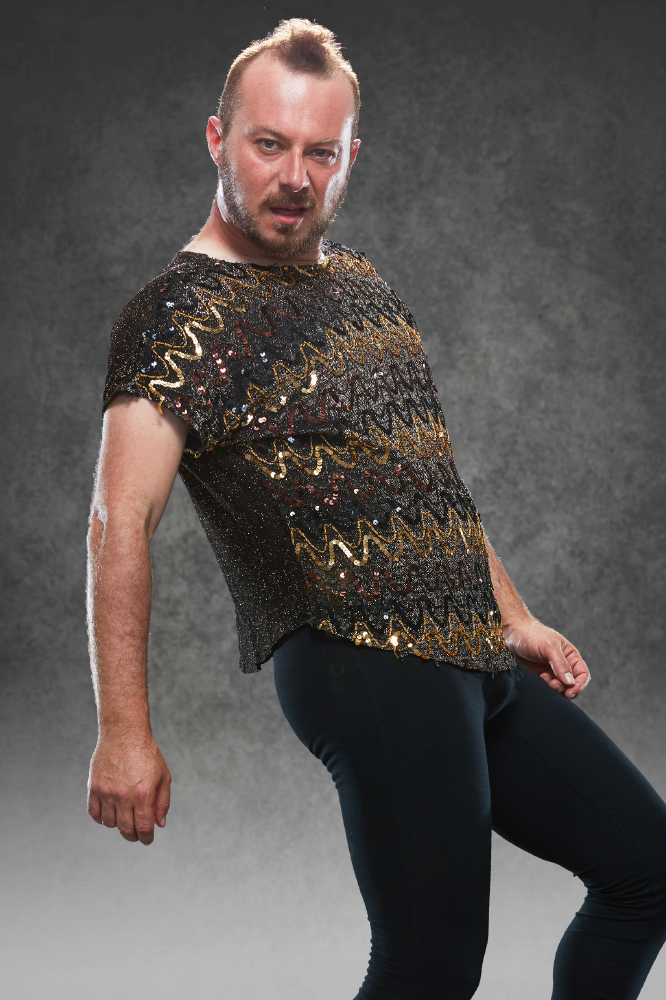 Years ago my sister and I created ‘the airport hug’. If we’re picking someone up at the airport, and just need to buy a bit more time, she and I will lock into a deep, deeeeeeep embrace if a police officer approaches. It’s a hug so devastating, so emotionally complex and epic that it’s impenetrable to even the toughest of traffic officers. And since we’re siblings, it triggers our deepest intimacy issues, thus sending us into silent shakes of laughter while performing it. ‘Silent shakes of laughter’, visually… from behind happen to look exactly like more epic crying and complex emotional releasing… buying you even more time. You’re welcome.

This destroys me regularly (and also sometimes makes me laugh). Did I really need to text my grandma: ‘it’s so hard this morning’?  Probably not. Hot? Yes. But hard? No grandma… ugh.

Someone walking through a spider web:

This one always gets me… the panicking flinging of arms and body parts to ‘throw off’ a spider just after accidentally walking through a freshly-knit spider web on a warm summer night.  Witnessing anyone go through this disaster is sure to provide 45-60 seconds of pure, unbridled entertainment.

There’s nothing funnier than seeing someone take a spill and then get up and proceed down the street as if nothing happened. Super chill, it’s cool, no big deal.  It’s isn’t so much the fall itself, but the aftermath... the subtlety of them trying to ‘be normal’ right after an event like that is always a great source of laughter for me.

Guys, unless you’re playing sports in that exact moment, don’t ‘fist bump’.  No one feels ‘cool’ anymore being forced to return a ‘fist bump’ while out in society.

I went out on a ‘date’ recently that began with a fist bump.  Was it an expression of physical closeness and intimacy, like ‘oooh touch me, bro’... or just a gesture, a warning even- of purely platonic intention? So tough to interpret!! Shortly after dinner we ran into his mother on the street, and he fist bumped her. So confusing…

He always poops down on a slope, so that it naturally rolls down hill, and away from him. Very smart, except that he gets it backwards… he faces downhill and ends up having to dance around each piece as it comes falling out rolling towards his legs. He’s a good, goooooood boy!

My obsession with hot straight men:

The length of time I will pretend to ‘shop for food’ while actually just checking out a scorching hot guy who happens to be at the grocery store is funny. Do I actually need to over-analyze every ingredient in this sauce? Inspect every single line on the back of the packaging while really watching him slowly drift down the aisle, shopping like a totally normal person??  Oh wait, he’s going towards the paper towels!!  I NEED PAPER TOWELS… These are probably the very last moments he and I will ever be together again, ever… so I can’t just walk away.

Same as above, but… in uniform:

I really love a guy in a uniform. Obviously fireman or emergency rescue uniform are top choice, but I’ll take police, even take a security system guy in uniform. Package delivery uniform, a butcher, or baker, a doctor or a sailor. I don’t know, something about the uniform. Sometimes I even go down to the local police station and just file a police report. For no good reason, I just go in and enjoy the hot stud in uniform gazing deep into my eyes while filling out my report.  Am I a monster?

My friend and theatre mate here in Los Angeles, she is a total beast, and a really great person. Oh and filthy.

Her new show ‘Nate’ is definitely something that makes me laugh, so it definitely belongs on this list. Go see it!!!

Roman Fraden: Back In The Closet is at Edinburgh Festival Fringe from August 1st– 27th (not 15th)