Q and A with Samantha Pressdee about her new show 'Sextremist'

Please tell us about your brand of comedy- what can audiences expect? 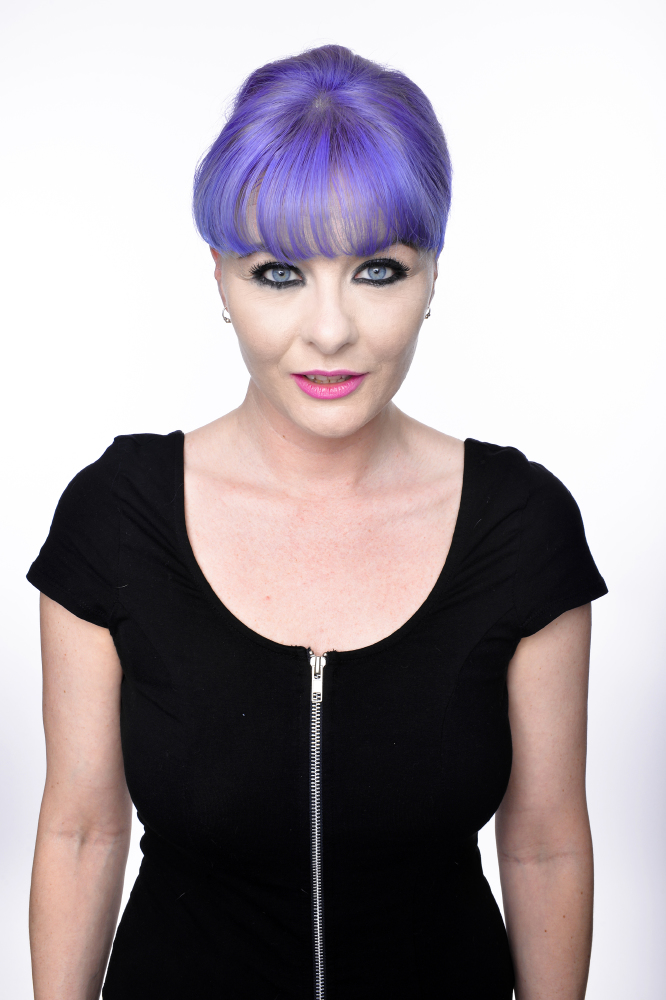 It's a mix of stand-up, burlesque and madness. A celebration of sensuality and the female body. I'm exploring through my past what it means to be a whole woman. I guess the underlying message is love and respect not just for each other, but for ourselves.

Which comedians have been your biggest influence?

I've always been a fan of Russell Brand, I like the depth of his work. It wasn't until I visited Edinburgh with a play in 2013 that I decided I wanted to try comedy myself. I was inspired by Alfie Brown, Mark Thomas and Rosie Wilby. I liked how their shows were not just funny and political but exploring subjects that they were passionate about. Emotional honesty is like crack to me. There's more freedom of expression through the medium of stand-up. No-one has authority over you.

I have a 2 year old niece who is hilarious. She's gangsta, she fist pumps people, and has the most adorable angry face if you take her chocolate away. Kids are so honest in their expression.

The best was definitely my last performance of 'Consume, Shit & Die' at Edinburgh last year. I wanted to make the last show special and as our Free the Nipple rally went so well, I decided to perform the whole hour topless. Three girls in the audience joined me in solidarity. It was heavily improvised and I ended kissing a girls belly because I thought it was beautiful. It had the feel of a girl's night in, even though men were present.

The worst was also at the fringe last year, when a woman kept heckling me after every single line. She was sat there with her arms folded and just didn't want to be there. It was a free show, I couldn't understand why she would choose to sit there spouting bile instead of going to see one of the other 2000 shows on offer. I ended up getting my comedian friend Martin Huburn who was in the audience to take over and went outside for a break. She was asked to leave by the venue and they gave me a free pint. The audience roared when I came back onstage. Scotland loves an underdog. That show was the worst emotionally but on the plus side it was the most money I'd ever got in my bucket collection.

Sometimes, depends who's in the audience and where I'm performing. I stopped doing comedy competitions because I found the competitive vibes unbearable. I'm about cooperation not competition.

A large proportion of the industry is all in one place. It feels like a big dysfunctional family get together. You meet people you would never cross paths with on the circuit. I had a nice chat with Ed Byrne last year, he gave me some good career advice and was really down to earth. I gave Tony Law a psychic reading in 2013, he's Canadian. You meet people from all over the world, I love it.

Who are you looking forward to seeing as an audience member?

I love seeing work in progress shows then seeing the finished piece in Edinburgh. This year I've been to see Eleanor Conway, Paul McMullan, John Gordillo and Tez Ilyas so looking forward to seeing how they've developed their shows.

Be true to yourself. There are a lot of people that will happily tell you what they think comedy should be and a lot of people make the mistake of trying to fit into this box. It's easier to make money if your comedy appeals to the masses and you're gigging in the top clubs every week, but personally I don't think that would make me happy. For me it's about finding my voice, sharing my truth. The comedians that stand out to me are all saying something unique. It's mind expanding to hear how other people perceive the world. As Joseph Campbell says "Follow your bliss and don't be afraid, and doors will open where you didn't know they were going to be."

I'll be making more episodes of my new podcast 'Men, Sex and Feminism' available on iTunes. It's me having honest and friendly conversations with men about sex and feminism. I want to understand the male perspective, I'm concerned about the pressure they face to conform to the comically bloated cultural stereotype of what it is to be a man. Previously I've only had that kind of conversation post-coitus and was mostly drunk, so I forgot what they said. I was inspired by the #HeForShe campaign, I think communication between the genders is a big part of the 4th wave of feminism. Also hoping to start a Community Interest Company with a focus on female empowerment. As well as performing comedy!

Samantha Pressdee's new stand up show 'Sextremist' will be at the Just The Tonic Mash House Attic for the month of August for tickets go to www.edfringe.com