Now in The Lowry Theatre Manchester, The Kite Runner's brilliant story is brought to life like never before.

Following a critically-acclaimed run on the West End, The Kite Runner is now touring 11 cities and towns across the United Kingdom and is this week stopping at The Lowry Theatre in Manchester, where we joined the packed-out audience on opening night to watch this beautifully written story come to life on the stage. Featuring such talents as David Ahmad; the show’s narrator and somebody who plays leading character Amir throughout his younger years right up to adulthood; as well as award-winning actor Emilio Doorgasingh as Amir’s father Baba, it was obvious from the get-go that this was going to be a stellar performance from everybody involved. 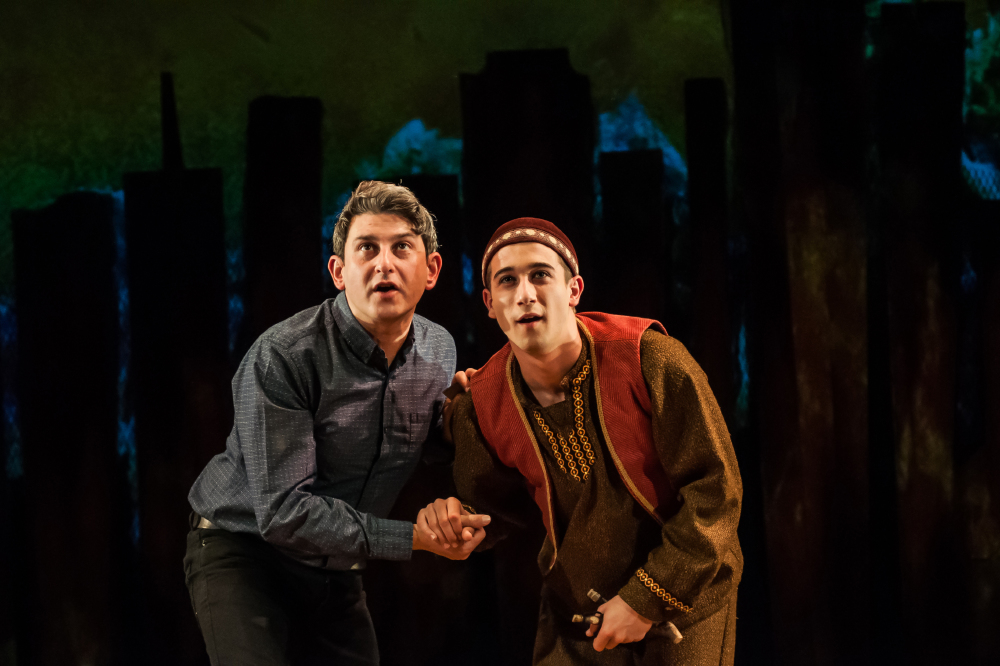 Based on Khaled Hosseini’s immensely popular novel of the same name, The Kite Runner is adapted for the stage by Matthew Spangler and directed by Giles Croft, and quickly immerses its audiences into the world of Afghanistani culture thanks to a brilliantly talented live tabla player. Sounds and rhythms are a huge part of bringing those watching right into the action on the stage, with other instruments such as Tibetan Singing Bowls and Schwirrbogen being used to imitate the sounds of the wind, building tension and suspense throughout.

Whilst there are moments of humour scattered throughout The Kite Runner, this is a story packed full of punches to the gut, with tragedy lurking around each corner. Afghanistan is on the brink of war, and whilst two childhood friends – one from a rich family and the other the son of the servant who has been with them for many decades – enjoy spending each waking moment with one another, one brutal incident will see their lives completely ripped apart.

As previously mentioned, David Ahmad is brilliant in his role as Amir, flitting between playing a youngster obsessed with stories to an elder man with an American accent with ease. Jo Ben Ayed is also fantastic in the role of Amir’s best friend Hassan; he’s somebody the audience can instantly warm to thanks to his loyalty to those close to him. He’d do anything for Amir and it’s something that comes back to haunt him.

Bhavin Bhatt does an impeccable job of bringing the evil Assef to life; he’s a bully throughout his entire life and an instant reminder of just how easy it is for people like him to be brainwashed by an idea or an agenda that allows them to express all of their internal monstrosity.

Then there’s Amiera Darwish who brings Soraya to life – a woman who is ashamed of her past, but confident in her future. Unable to have children, she’s got a compassionate heart and is yet another character the audience cannot find fault in. She’s passionate in all that she does, and somebody you root for.

When you’re not focused on the immense amount of talent that fills up the stage, you can take in the set pieces that really bring the story to life. Simple at times, but always effective, the lighting and special effects used allow everybody watching to connect to the story on levels that wouldn’t be possible when reading the book or watching the film adaptation.

Bringing The Kite Runner to the stage was a brilliant decision and one that every fan of this story should appreciate.

The Kite Runner runs at The Lowry Theatre Manchester until Saturday, October 7.