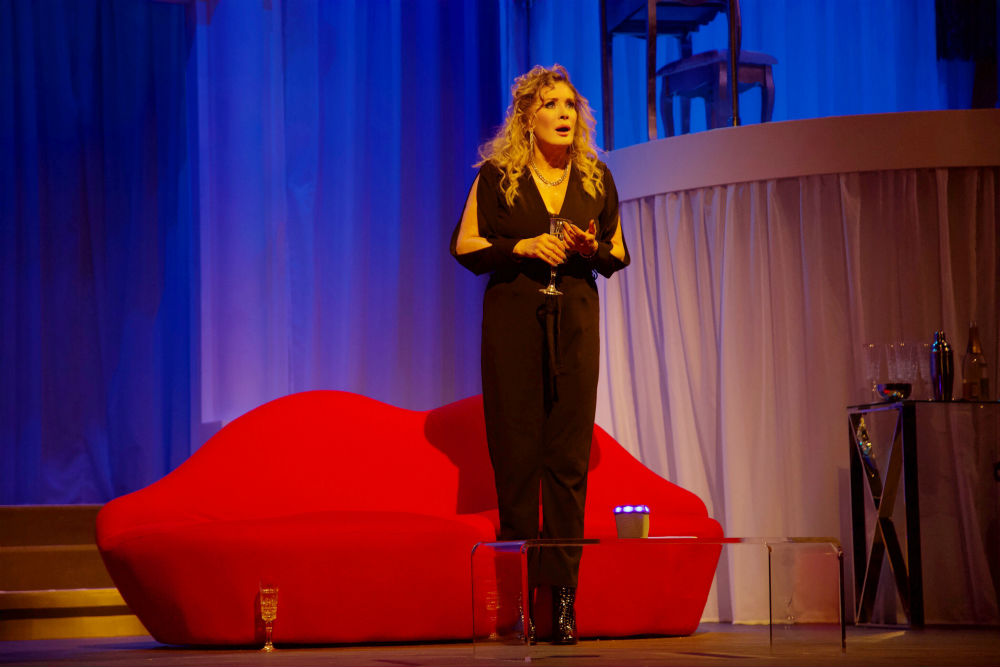 After reading Melanie Blake's incredibly-addictive debut novel, The Thunder Girls, I was excited to see the four women I'd fallen in love with on the pages of that book up on the stage of The Lowry's Quays Theatre, in Salford. Beverley Callard, Coleen Nolan, Sandra Marvin and Carol Harrison make up the all-star cast of top-notch British talent, and settle brilliantly into their respective roles of Roxanne, Anita, Carly and Chrissie.

Each of the characters have their own distinguishable character traits. Roxanne is bitter and sassy; Anita prefers a life unknown following a horrendous turn on Eurovision; Carly is financially stable but unhappy in her marriage; and Chrissie is still the selfish go-getter that ditched the rest of The Thunder Girls to chase a solo career, and wed the love of Roxanne's life.

The ladies take to their roles with ease. Callard is without a doubt one of the funniest members of the group, delivering some wickedly bitchy lines to her old foe, as each of the former band members are summoned to Chrissie's mansion with an offer of big money and a reunion none of them ever thought could happen.

The set is a sight to behold; every scene takes place inside Chrissie's huge mansion, which looks like it could have at one time been classy and elegant, before the numerous self portraits and tacky furniture were installed!

Of course, with bringing back together old frenemies in this setting, a lot of dirty laundry is going to be laid out on the table. After a slow start - which is mostly necessary in introducing the audience to the history of The Thunder Girls - things really begin to ramp up. Accusations of treachery from the band's earliest days are slung from one side of the stage to the other by Roxanne and Chrissie throughout the first Act, all whilst Carly acts as mediator. With punches thrown, dresses torn and extensions ripped out, the audience are left howling with laughter. Then Anita arrives. 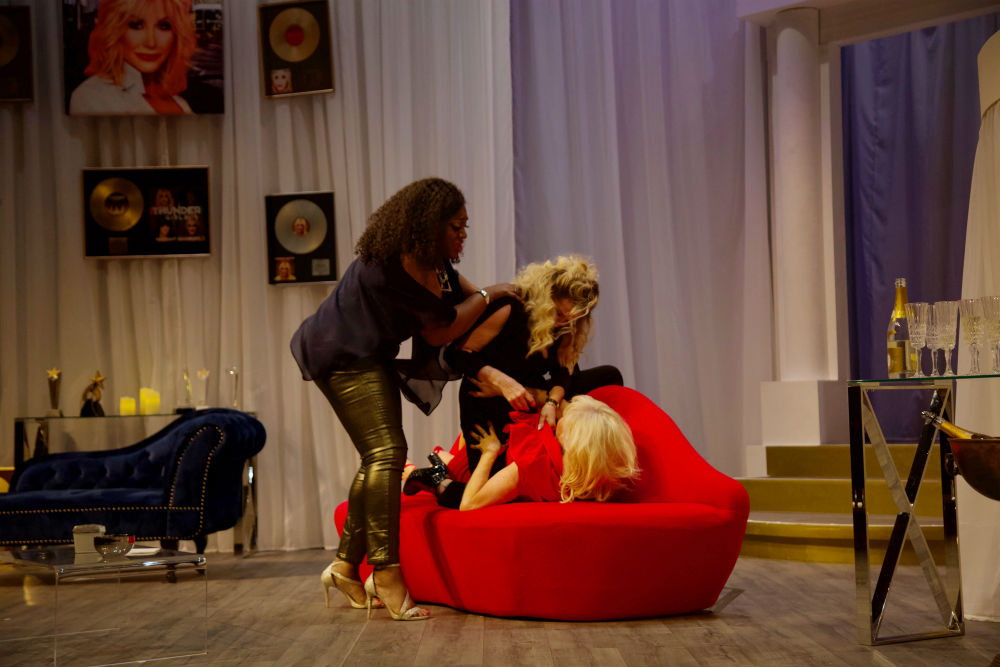 Nolan is given a welcome any member of Loose Women royalty can come to expect from an audience made up primarily of females. To many, she's a best friend - somebody you can put the world to rights with. As soon as she hits the stage, she is a charismatic and powerful force. Every line sounds as if it could have come from Nolan herself, and it's something the hundreds watching truly appreciate.

It's by no means a perfect show, with some stumbles over lines and clumsy handling of props, but it's the manner in which the performers deal with these problems that prove they belong in the theatre. Callard for example got a big cheer when she ad-libbed a couple of lines about another character being "drunk again", because of their knocking over a cocktail shaker.

Usually, lip-syncing in theatre is a big no-no for me. This is a completely different beast, however. It ties in perfectly to the story, and during Harrison's solo musical number, it's a pure stroke of genius. Those numbers are simple - more dialogue set to music than actual tracks - but they help to push the story forward. A couple of extra tunes with a rockier edge would have been very welcome.

What Blake has brought to the stage here, is a truly sensational story packed full of drama and chaos; exactly the sort of thing fans of franchises including Dallas and even The Real Housewives would love to see. A bit of trimming around the edges, and a few modifications to the script would really push this show to that next level. 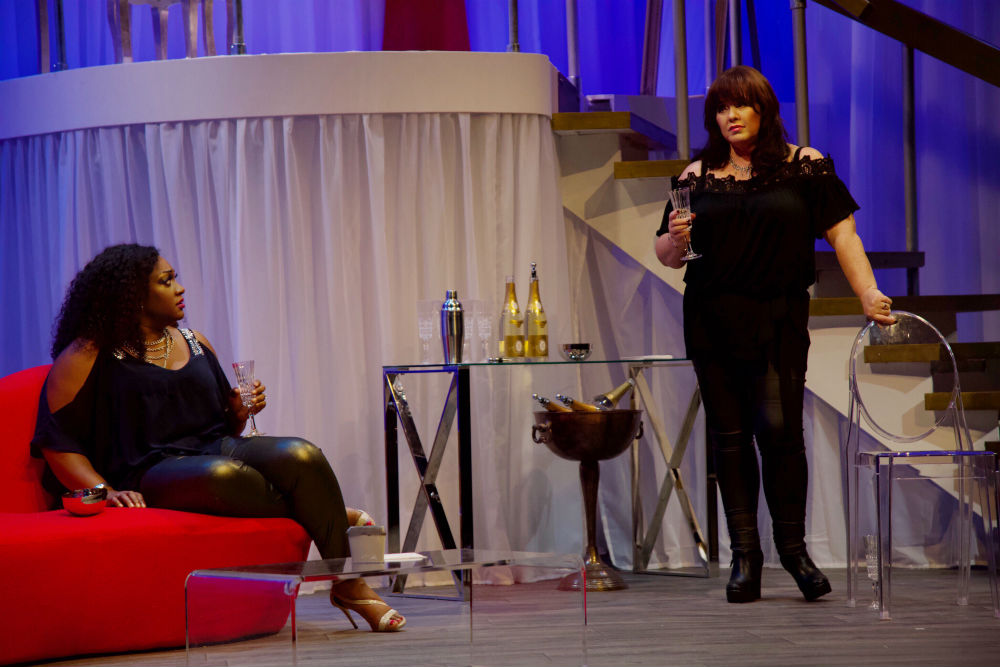 The Thunder Girls continues its sold out run at The Lowry in Salford until Saturday, September 28th, 2019. A nationwide tour is expected soon after, so keep your eye on the official website by clicking here.