William Hartley shares the inspiration for his new show Gun

William Hartley writes a piece for Female First ahead of his new show Gun at the Edinburgh Fringe Festival.

Comedic actor WILLIAM HARTLEY is best known as one third of sketch comedy troupe Clever Pete. GUN is his debut solo theatre show - a pastiche-cum-homage to the spaghetti Western that is more cowboy than Clint himself. Ahead of performing Gun at this year’s Edinburgh Fringe Festival, he talked to Female First about the inspiration that went into making the show 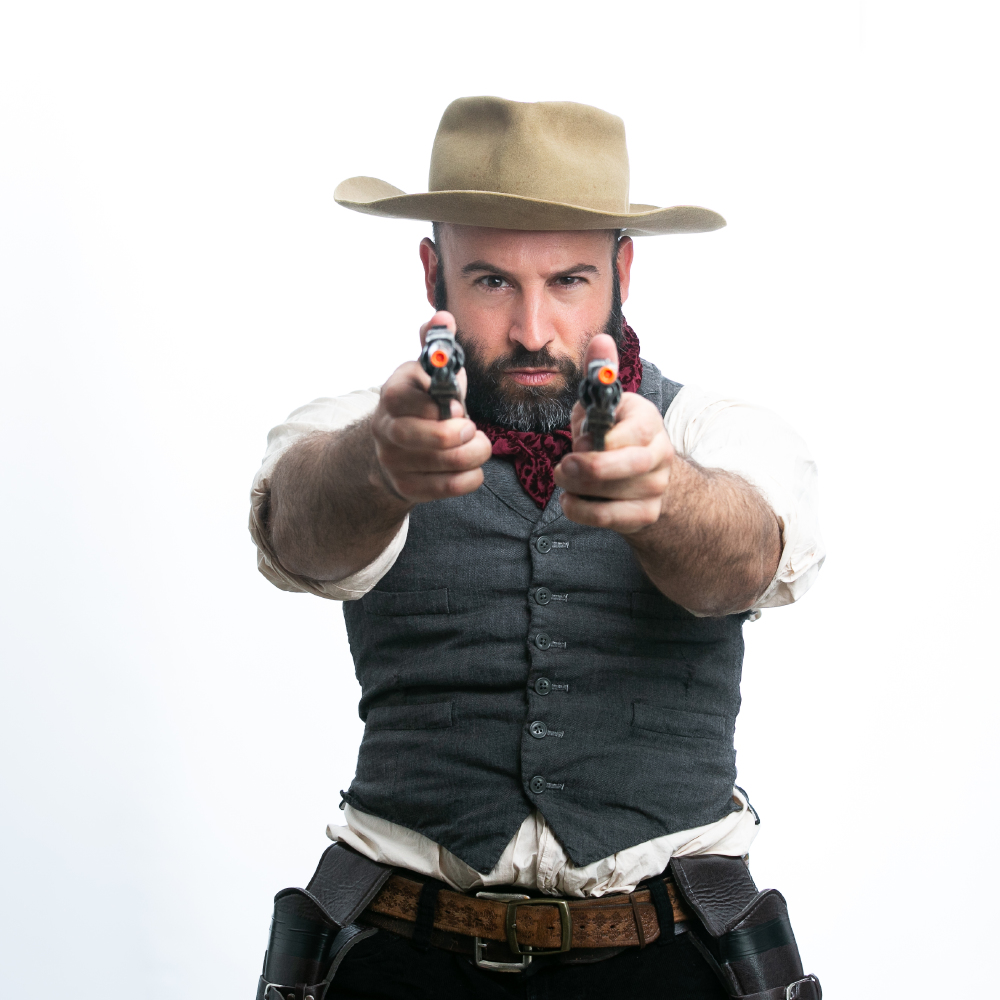 I was mainly inspired to write my show Gun, because Westerns have all the hallmarks of what should make a good story - love, honour, gunfights, danger, duty, good vs evil - and a sprawling cast of interesting characters. And yet, most Western films I’ve watched I find utterly boring. Slow-paced. Lots of squinting. Lots of ‘meaningful looks. Maybe it’s because I have a short attention span, but I wanted to put all the fun bits into a swift moving, fast paced, silly show with a good story.

In this, I was very much influenced by my background in sketch comedy group Clever Peter. I wondered whether I could do what we did together on my own - silly voices, fast dialogue, funny scenes. Arrogant, isn’t it? Could I pick an audience up at the beginning of a story and drop them at the end, completely hooked? I like to let an audience forget whatever day they’re having and allow them to be immersed in a story; I like to think that it’s cathartic, enabling them to forget whatever problems or issues they’ve had in the day, and give them a time away from their brains, in a silly space full of laughter and intrigue.

In terms of the show, I viewed it as a personal challenge - could I do a show, with just myself and minimal props, and do something that really should be done with three of four people? I wondered if I would actually enjoy being on stage, when it was just me and the audience? In the past, my favourite thing was bouncing of other people on stage. Phil Croft, the director, helped immensely with this as he’s very creative, as well as the incredible original score composed by Ben Lloyd-Evans and the sound design by Sam Glossop. With these underpinning the show, I actually don’t feel alone on stage!

In terms of the story, it is really driven by characters. It’s about broken people trying to do their best; people who don’t think they deserve love but yearning for it anyway; the realisation that even though we sometimes feel alone, sometimes we have to reach out. Those are the themes beneath what is ultimately intended to be a comedy show! Plus, it is supposed to be light-hearted and funny, lampooning a genre but also being faithful to my own sense of humour and love for narrative storytelling.

Lastly, in the current climate, as a feminist, it was important to me to have a powerful female presence (especially in the genre of misogynistically named ‘one-man shows’). My femme fatale, Miss Van Cleef, is probably my favourite character. I wanted to write a female lead (not a ‘strong female character’- that’s a stupid phrase) who was doing her own thing; who could boss it in a man’s world while going on her own path; but who, too, has a realistic vulnerability. I won’t spoil any of the story, but will leave it at saying it is, in a way, a love story underpinned by violence, duty, and, ultimately forgiveness.

William Hartley performs in ‘Gun’ which is at Edinburgh Festival Fringe from 1st – 24th August (not 14th) Tickets and more information: https://tickets.edfringe.com/whats-on/gun