The dognapping of French Bulldogs seems to be on the rise in America.

Lady Gaga is offering a $500,000 reward, no questions asked for anybody who can give her information on the shooting of her dog walker, as well as the safe return of her two stolen French Bulldogs.

The stolen pups, named Gustav and Koji, were bundled into a car after a crook shot Gaga’s dog walker Ryan Fischer multiple times. Fischer is currently undergoing treatment after being taken to hospital, and is said to be in a stable condition.

Disturbing footage shows the moments leading up to the incident, and those after. The third French Bulldog out on the walk, Miss Asia, managed to escape the clutches of the criminal, running back to Fischer as he lay on the floor shouting for help. When he was found, Miss Asia was lay in his arms, comforting him.

Whether or not the dogs were targeted because they’re the pets of an A-list celebrity is unknown, but French Bulldog theft seems to be on the rise in America.

ICYMI: #LadyGaga is offering a $500,000 reward for the safe return of her two stolen French bulldogs after her dog walker was reportedly shot four times pic.twitter.com/9o3gqgDFJ2

In lighter news, Marvel fans got to watch the eighth and penultimate episode of WandaVision following its debut on streaming service Disney+.

Whilst we don’t want to give away any spoilers, their reactions on social media are certainly reassuring for anybody who thought it may miss the mark!

I won’t accept anything more than a full on movie length finale next week #WandaVision pic.twitter.com/Q4mtvvzfYp

And now we wait another seven days for the next episode 😀😃 #WandaVision pic.twitter.com/qMtyR0gC1g

Meanwhile, Prince Harry is making headlines again, after sitting down for an intimate and revealing interview with none other than James Corden.

It was the first time the Prince addressed the main reasons for his standing down from the Royal Family, and it painted a dark picture about the state of the British press.

Prince Harry reveals he stepped down because British press was 'destroying' his mental health https://t.co/DcN1WSl3B9

"We all know what the British press can be like," he said. "And it was destroying my mental health. I was like... 'this is toxic'.

"So I did what any husband and father would do - I need to get my family out of here. But we never walked away - and as far as I'm concerned, what decisions are made on that side - I will never walk away.

"I will always be contributing - my life is public service - so wherever I am in the world it is going to be the same thing.”

“It was stepping back rather than stepping down, it was a really difficult environment. We all know what the British Press can be like & it was destroying my mental health so I did what any husband & any father would do & said ‘ I need to get my family out of here’- Prince Harry pic.twitter.com/3gdc8pshm0

Finally, Twitter announced a subscription service which will allow accounts to charge their followers if they wish to continue keeping up with their tweets.

The announcement was met with ridicule, with a huge chunk of users on the social media platform getting the hashtag #RIPTwitter to trend.

Whether or not they’ll move forward with the plans and if it’ll be a success if they indeed choose to do so, remains to be seen.

I love y’all but I ain’t paying to vibe with you #Riptwitter pic.twitter.com/vUBZgJoIHD 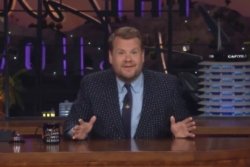