Though his supporters were hoping for four more years, Donald Trump’s time as President has come to an end. 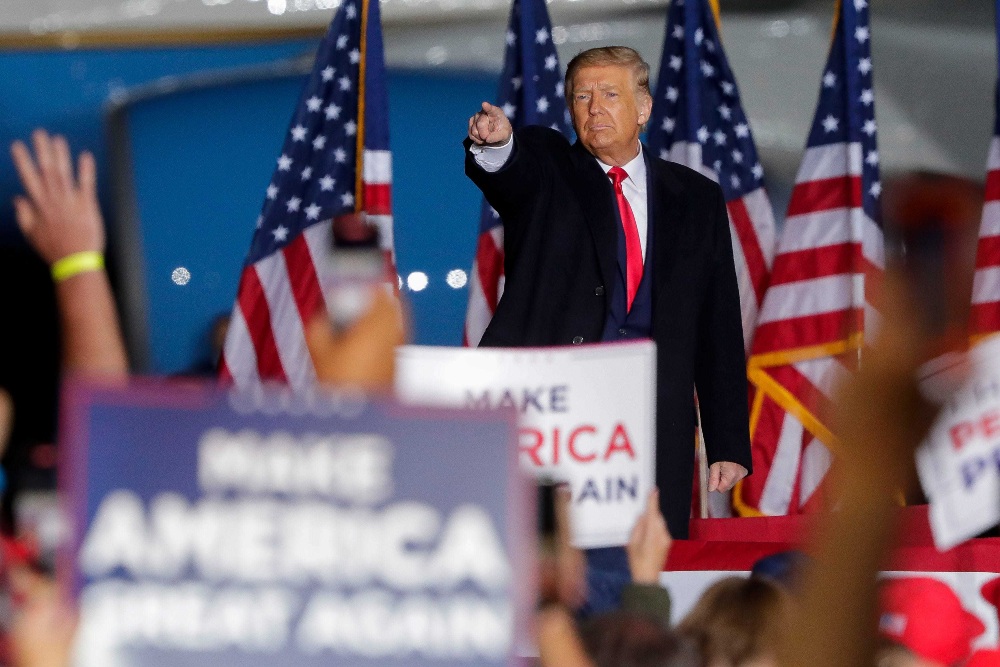 He was never supposed to win the election. It was a clear-cut victory for the Democratic Presidential Nominee, Hillary Clinton. She had a history in politics like no other but, as the minds of millions of Americans changed across the United States, her easy path to victory was shattered.

History was made, but not as Clinton had hoped. She would not become the first female POTUS. Instead, reality TV star and famous New York businessman Donald Trump of the Republican Party would become the 45th President of the United States.

With that power, he would engage in behaviour over the next four years that would bewilder, shock and even impress people all around the world.

Though we’re not entirely sure politicians have yet learned a real lesson about how they will now have to do things differently if they’re to keep people like Trump away from power, they did enough in 2020 to kick him out of the Oval Office.

Ahead of the inauguration of 46th President of the United States Joe Biden, and Vice President Kamala Harris, we’re taking a look back at five of the biggest moments that defined President Trump’s time in power.

Within weeks of his inauguration, Trump signed an executive order which banned citizens from a total of seven Muslim-majority countries from entering the United States. This led to immediate backlash from world leaders and a temporary blocking of the ban from Federal Judge James Robart in Seattle. He claimed the ban was “unconstitutional” and “un-American”.

Unfortunately, further Muslim bans were later brought into effect and upheld by the Senate. Fans of President Joe Biden expect that this will be one of the first things he overturns after stepping into the Oval Office.

2. Pulling out of the Paris Climate Change Agreement

Also in 2017, Trump announced that he was pulling America out of the Paris Climate Change Agreement, citing "putting American workers first" as his reasoning. This made the United States just one of three countries in the world not a part of the agreement.

As is the case with the ‘Muslim ban’, a President Biden is expected to overturn this at the earliest opportunity, bringing America back into the deal.

Though the first impeachment proceedings against President Trump resulted in him being cleared by the Senate, much of the relationship he shared with Russia is still shrouded in secrecy. It's unlikely we, as the general public, will ever know all of the gritty details.

Still, the apparent friendship shared by Trump and Russian leader Vladimir Putin left the United States on the outs with many of their allies. This is something a President Biden is going to have to focus extremely hard on repairing if he’s to build relationships back with other world-leading countries across the globe.

4. The building of a ‘big, beautiful wall’

As one of the signature promises in Trump’s initial election campaign, did the President actually fulfil his pledge? Just how much of his wall on the border between the US and Mexico did he build? By the end of September 2020, 321 miles. With just a small stretch completed, it’s unclear what happens next for Trump’s wall. We imagine it’ll simply stand as a reminder of how much money the President wasted during his time in office.

5. His unfounded claims that the 2020 election was ‘stolen’

President Trump’s claims that the 2020 election was fraudulent and stolen from his supporters led to thousands of the most ‘loyal’ to march on the Capitol earlier this month. It led to multiple deaths (including the death of one police officer), even more injuries, untold destruction and an attempt to undo the fabric of democracy that America is built on.

“I am especially proud to be the first president in decades who has started no new wars,” Trump boasted in his final address to the nation as President. Perhaps he should take a look at the warzone-like surroundings of today’s (January 20th, 2021) inauguration so he can finally understand that he started the most shameful war of all; one against the people of the country he vowed to protect.