Sexual Harassment at work: How to seek help and guidance

54% of people reported that they had experienced harassment at work, according to a recent survey.

Sexual harassment at work continues to affect thousands of people across the UK.

It’s been six months since the Government’s ‘MeToo-inspired’ response was published to its ‘Sexual Harassment in the Workplace’ consultation.

Very little has happened since the response was published, leading for fresh calls to maintain momentum in the campaign against sexual harassment in the workplace.

At the time, the consultation received responses from more than 130 charities and employers, and over 4,200 members of the public. Over half (54%) of this group said they had experienced harassment at work.

When the Government published its response, it said it planned to introduce a new duty to encourage employers to prioritise prevention and draft new legislation accordingly. It also said it would look at extending the period for claims from three to six months.

What can you do if you experience sexual harassment at work?

Deborah Casale - Employment partner at law firm Irwin Mitchell – provides guidance on what you can do if you are a victim of sexual harassment in the workplace:

“If you experience sexual harassment at work there are a number of options open to you. If you feel comfortable in doing so, you could confront the perpetrator and ask him or her to desist in the behaviour. If that is unsuccessful, you could raise the matter with your line manager or HR and seek advice.

“You could also raise a formal grievance under your employer’s grievance policy or a specific sexual harassment policy, which would involve the matter being investigated and an outcome being provided to you. Many of our clients seek advice from us in how to go about raising a grievance. If the situation really becomes untenable you may wish to negotiate an exit from your employer or bring a claim in the Employment Tribunal.

“You should be aware that there are strict time limits for bringing claims in the Tribunal, so it is a good idea to take advice at an early stage. In the case of sexual assault this can also be reported to the police.”

Deborah is now urging the government to act on their initial plans: “Despite all the discussions and positive engagement with numerous stakeholders though, we don’t appear to be any further forward. It’s vital that we do not lose momentum or lose sight of how important it is to tackle the issue of workplace sexual harassment.”

She warns government not to assume that harassment at work has slowed down with hybrid working. She added: “The Government should avoid the trap of thinking that the issue is less prevalent because more people are working from home and are more likely to work from home in the future.”

Despite renewed calls for action, the government has yet to respond.

RELATED: How To Tackle Bullying And Sexual Harassment At Work (femalefirst.co.uk) 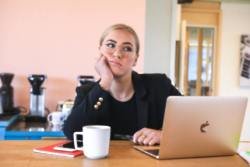 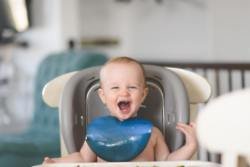 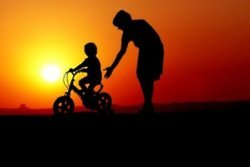 A guide to parenting whilst heartbroken: The do’s, don’ts and things you need to remember