It's been a while since my husband and I last went to Giraffe, so we were keen to find out if the menu had changed since last time we dined there. We were lucky enough to be able to sample the new delights at the Trafford Centre last night. 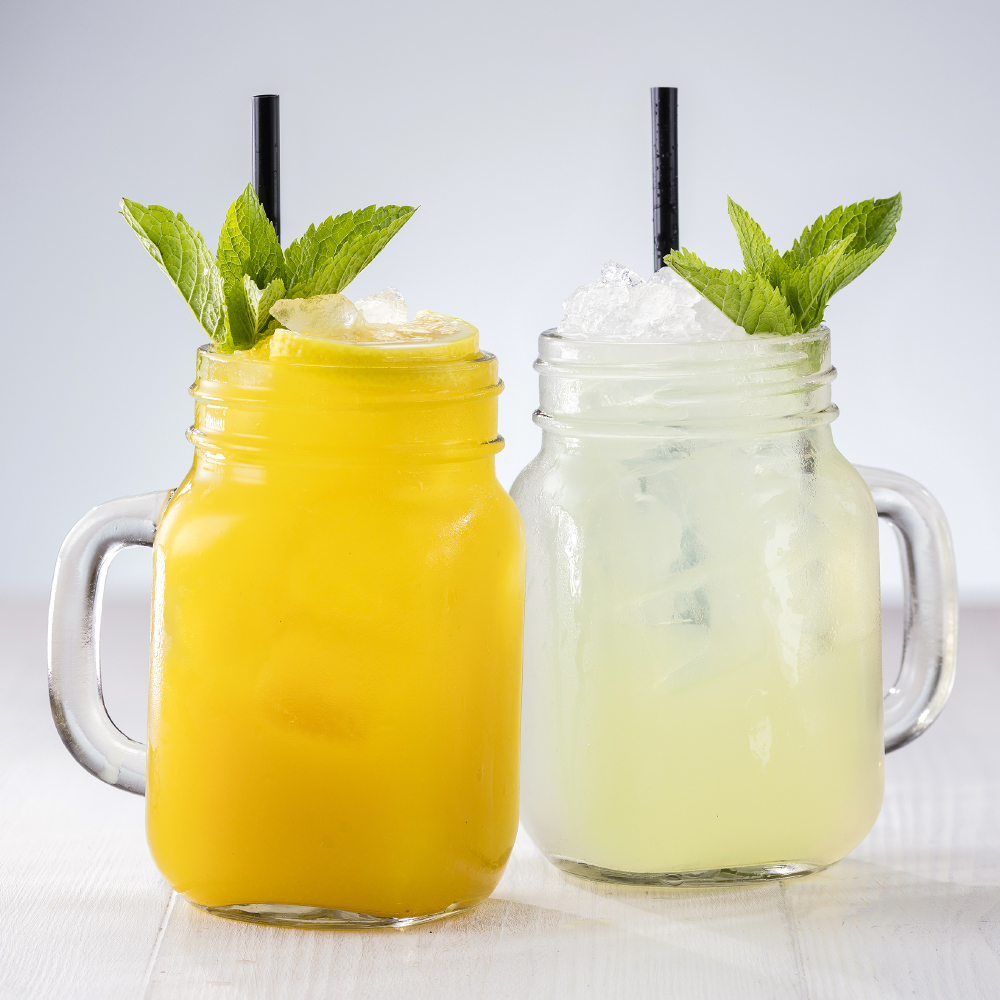 As we both travelled straight from work we had worked up a thirst, so we began with a non-alcoholic cocktail (it was a school night after all). We had a Strawberry Smash, which is soda with strawberry, lemon & mint.

The tanginess of the lemon, the freshness of the mint and the sweetness of the strawberry complimented each other perfectly. A great way to feel like you've having a cocktail without being a danger to anyone in the car on your way home!

The gentleman who served us advised us that the cocktails with BB marked end to them were on half price so this is definitely something you should ask about on your next visit- the nights do vary as to when this offer is on.

Our waiter was also very knowledgeable about the menu- he knew exactly which ones were the newest dishes and pointed them all out to us so we knew we weren't repeating what we had last time. He also assured me that if I didn't fancy any of the veggie dishes on offer, most of the meals could be adapted to be vegetarian which is good to know.

We were also rather peckish when we got there so we ordered a Garlic Flatbread, served warm, brushed with garlic butter and topped with rocket. Enough to share.

Compared to other garlic breads we've had in the past, this was both soft and moist so you cold fold it over on itself and get twice the garlicy flavour. My partner kindly let me have some of his half because I enjoyed it so much!

My hubby is the meat eater in the relationship, so he had the Salt & Pepper Squid, with chilli jam and fresh lime, which he said was spicy enough for his palate. The thin and crispy batter was just enough to cover the squid, it crumbled away so the dish was still quite light- leaving room for the mains.

I had the Kerala Cauliflower Bhajis, crisp and aromatic. Served with mango chutney and yoghurt, which was a completely new experience for me as I'm only used to bhajis of the onion variety. To be honest, I couldn't really taste the difference between the two- in my opinion the spices make this dish what it is. I would say however that the cauliflower did seem to give them a smoother and softer texture than onions traditionally do. As they were generously spiced- the mango chutney brought a sweetness to every mouthful and the yoghurt just cooled everything down.

For my mains I enjoyed Goan Veggie Curry- Tenderstem broccoli, butternut squash, roasted red pepper, sugar snaps, coriander and chilli. Served with brown rice. It is not for the faint hearted as it has quite a kick to it, but if you mix it in with the rice, it calms it down a little. The bowlful that arrives is deceptive as it looks like a small portion but believe me- it was very filling indeed.

My partner had the Smoky Chipotle Half Chicken- Slow-roast chipotle marinated chicken with spicy fried rice and tomato & pink onion salad. He said the chicken was moist and well flavoured and thankfully, something on his plate was veggie- so I pinched some of his rice. Not as spicy as I anticipated, but rather very well-seasoned and had what I can only describe as an addictive flavour to it. I will definitely be ordering this the next time we go.

We had a side of Beer Battered Onion Rings , with a rich barbecue sauce too as the sides are too tempting not to try. All washed down with a round of Fresh Lemonade (pictured above).

We had good intentions and planned to order a dessert between us but when the waitress came over and gushed over the Hot Choc Brownie- With melting chocolate sauce and vanilla ice cream, we simply had to give it a go. She was absolutely right- it was heaven on a plate- the heat from the brownie was cooled down by the creamy ice cream and the gooeyness of the dough was delicious with the chocolate sauce when it all mixed together in your mouth. As I'm writing this, I have to admit- I could just eat another.

Overall, we were really pleased with our food choices. It was lovely to be able to sample something new from the menu, as it can get a bit boring if you order the same thing all the time. The staff were really friendly and attentive as they always are- whether I've been on a review or not. The surroundings are very uplifting too- this branch reminded me little of a beach restaurant- as the walls were clad with distressed wooden planks and there was lots of colour and light. It certainly brightens up your mood when you go there.

Thanks to all the staff for making our night so enjoyable. We will be paying you a visit again and the readers should too! 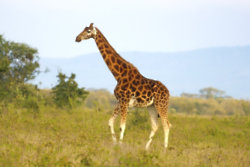 Why we need to save the Rothschild Giraffe