Businesses being influenced by outside sectors is hardly a new development, but the new age of technology has made this idea considerably more common. Concepts and approaches now flow freely between the different sectors, creating a business environment with infinitely more flexibility. One of the more important yet underrated originators of frequent changes comes from the gaming and iGaming industries. With so much reach and skyrocketing popularity, some of the trends established here have had impacts far beyond their own spheres.

We don’t mean to imply that a bias in media representations of the genders is a solved problem, far from it. But, as a battle constantly being waged, there have been some major strides made by certain arms of the gaming industry. This is illustrated by enormous modern hits like Horizon: Zero Dawn and Celeste, where this time the role of hyper-competent protagonist goes to a woman, and a non-sexualised woman at that. Perhaps the most indicative of this effect is the formerly poor example of Lara Croft.

Originally portrayed in a form which made many of us uncomfortable, the modern incarnation of Lara is one with a focus on her abilities first and foremost. This was mirrored in the recent film reboot, where Alicia Vikander gave a very different performance than her predecessor. New Lara is human, but still an absolute force to be reckoned with. For the sake of more female-protagonists in mainstream blockbusters alone, this relationship has been a positive one.

Purchasing goods online has been a mainstay for shoppers for a long while now, and in many ways, this was a simple expansion of existing systems. More directly related to the iGaming sector, however, are the developments which have been born from bonuses and special pricing features.

For an example of this, consider these casino bonukset websites. Rather than just comparing websites and their games, these systems compile special signup rewards like free spins and deposit matches. These ideas have bled over into other online retailers over the years, as growing competition has continued to push stores to offer more value to drive initial engagement.

Also expanding in this department are gamification systems on the websites themselves. Reward schemes for continued play have been a crucial component of iGaming sites for years, and play a similarly important part for tech-savvy online retailers.

For both gaming and iGaming titles, the market is in a better state than ever. While there are many reasons for this, one of the most important comes from their increasingly globalised reach. Once systems like online casinos and video game marketplaces such as Steam went from local to global, their potential profit exploded, and the market underwent unprecedented evolution.

While more complicated owing to the disparities between physical and digital goods, similar ideas have inspired more globalised ordering and shipping systems. Rather than having to go through annoyingly long shipping forms and wait months for delivery, modern systems require only a few clicks, with worldwide delivery now being possible even within a week of ordering.

As global business environments have such ebb and flow, it can be difficult to objectively measure direct relationships. That said, there is little doubt that the above examples played a key part in the expansion of other sectors, even if we don’t have the exact numbers to work with. We might not know for sure what our lives would look like without the influence of these two sectors on others, but we do know that we’d be worse off for it. 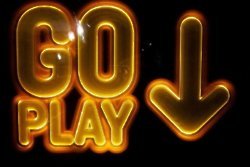