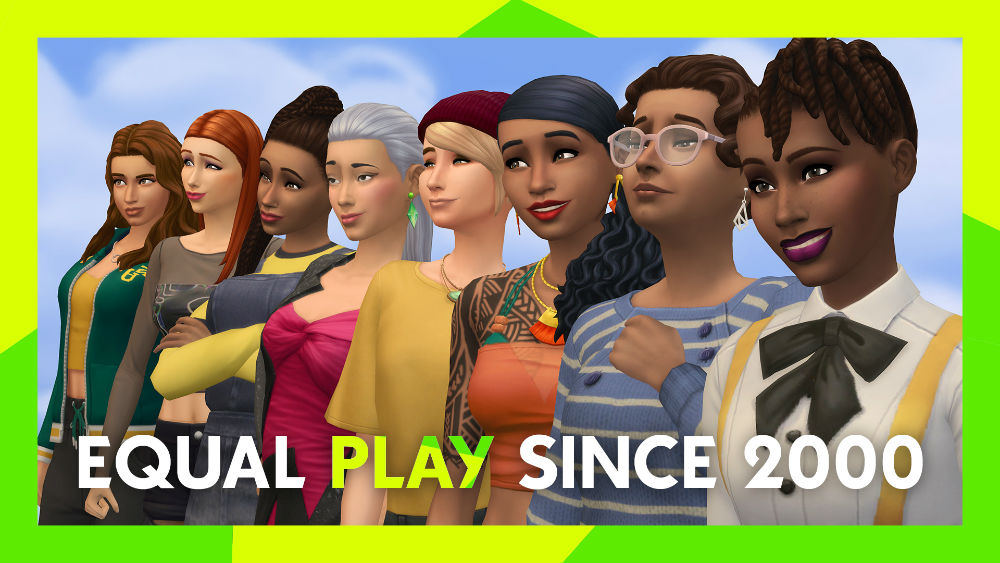 If you speak to anybody who's into gaming about The Sims, they'll more often than not have a whole host of hilarious and memorable tales that they can recall at the drop of a hat. With over 20 years of entertainment to fall back on, it's not surprising when you see the impact the game and its many expansion packs and sequels have had on the industry, and popular culture.

One of the biggest audiences for The Sims titles, are young female gamers. Whether that's to do with the freedom the game allows, the creativity given to the player, or a combination of both of those things, with many other aspects, is all open to interpretation. One thing is for certain however: The Sims has laid out a path for female gamers to be taken more seriously in their enjoyment of video games.

Celebrating 2020's upcoming International Women's Day (March 8th), as well as the female empowerment driven into The Sims, we got the chance to chat with Executive Producer and General Manager of the game, Lyndsay Pearson. Here's what she had to say...

The Sims is a huge part of pop culture for gamers and has truly embedded itself within the lives of millions around the globe: why do you think the game resonates so much with so many?

The core DNA of The Sims revolves around self-expression and creating the world you want. I believe we attract players looking for that sort of control or escape from the regular day to day issues they deal with and instead want a place to make their own. The Sims offer a safe space to explore and experiment and a broader community that celebrates the creations or stories they share. I feel as though players connect with The Sims in a deeply personal way and that’s very powerful. There’s nothing else quite like it in gaming.

This has been a male-dominated industry for so long: what challenges do women still face today?

There is a shift we’re starting to see in other entertainment cultures; more movies and shows being made by and for women. There is a recognition that the lens on our world has been too narrow and we need to pry it open to expose the beautiful variety of stories there are to tell. I love entertainment completely and the immersion you can get with games is all the more exciting. Year after year we see incredible stories being told, worlds being crafted and new perspectives being shared. Many of these stories are still coming through a narrower lens that is just starting to squeak open. We need to see more games made for and by women. I want to celebrate their experiences and perspectives and immerse myself in their worlds. I believe this will open the door to gaming experiences that we haven’t even considered yet.

The game is especially popular amongst women, so why do you think this is one of the leading games female gamers enjoy getting to grips with?

I know what originally pulled me into The Sims was the freedom. I couldn’t really lose but I also could feel like I was really good at it. I could build a house or people that looked like my family. I would live out one version of a life I might imagine or try on something totally different like being a witch! I believe this combination of control and escape, freedom and surprise, normal and fantastical makes for a game worth coming back to over and over again. I think this is why we’ve become the number one game for young female gamers! Though I’ve worked on the game for years now I still get excited about all the new things we add and I still find myself playing it at home. 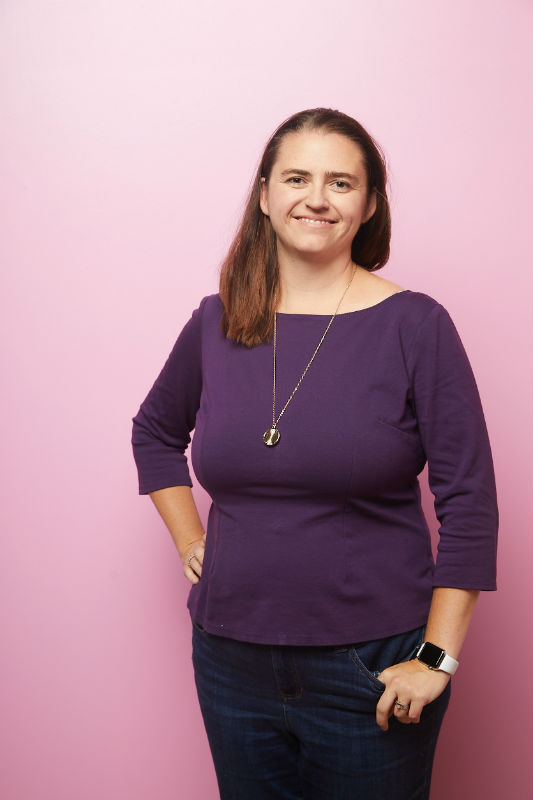 On a personal level, what have been some of your favourite Sims experiences or expansions to be released and why?

I’m particularly proud of The Sims Makin’ Magic as it was one of my earliest packs as a producer and I had pitched the initial direction of a magic pack. I got to dabble in a little bit of everything!

One of the best experiences in my time was releasing toddlers for The Sims 4 to a completely surprised audience. Our players didn’t expect it, it was a huge undertaking and it was honestly just such a happy, joyful day celebrating the game.

More rectangular I’m also very excited about our Strangerville Game Pack. It was a wild design idea to integrate a mystery and possessed Sims and hidden bunkers. I love how crazy different it was and it makes me excited to work on a game that can explore such unique themes.

How have you seen the gaming industry change and evolve in recent years when it comes to attitudes towards women?

There has certainly been wider recognition of the power of women as a gaming audience. It doesn’t feel like “news” anymore to hear about women playing games. The next evolution is for us to start reflecting these players in our experiences more authentically. To move from “we have a female character to play as” into “this story is told entirely from a different perspective as you play a female character”. This doesn’t mean every game starts to solve everything, but that we all start shifting the conversation to be about when we tell stories how do we make sure we’re being respectful, inclusive, and authentic to those stories. I’ve been very excited to see more and more of this inclusive approach being discussed widely in our industry. It will help all of us make better games for even more people.

What tips or advice do you have for women who may want to carve out a career in the gaming industry?

This may be advice for more than just the gaming industry, but it still applies! Don’t hesitate to try something that might not look like you expected. Ask questions and learn everything from everyone you can, you may find an opportunity that delights you! Don’t let anyone tell you what you can or can’t do and don’t let anyone make you feel like your opinion doesn’t count. Find allies that will support you, inside or outside your jobs! Stay open to surprises, take some chances but give it your all in whatever you do and don’t be afraid to keep trying and keep changing.

Finally, there are so many rumours surrounding the future of The Sims: can we get a little exclusive or tease about what's to come next?

I don’t think it gives any hints but when I look to the future of The Sims I’m excited at the endless possibilities I see ahead of us. The world keeps changing and to offer a reflection of the world we will continue to change with it. We have so much more to do with The Sims! 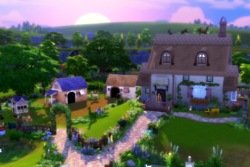 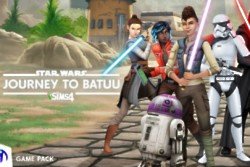 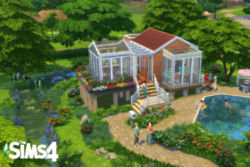