New research reveals the 10 most annoying types to share a bed with, according to the nation

Are you counted amongst the top 10 most annoying 'sleep types' to share a bed with? 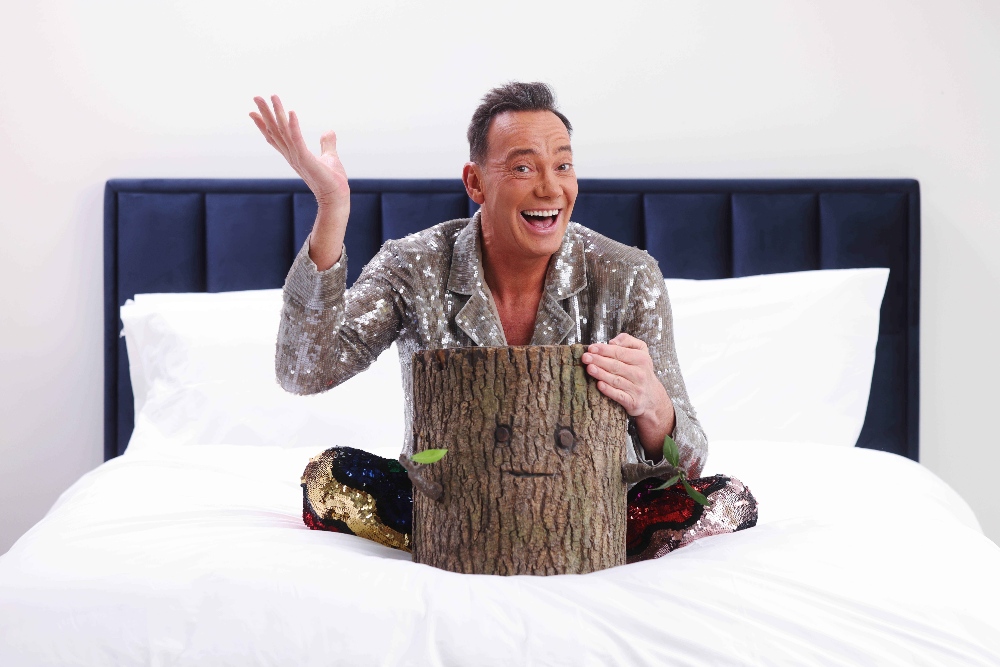 New research has revealed as many as 83 percent of Brits in relationships currently share a bed with someone who sometimes keeps them awake at night, with the ‘Snorer’ emerging as the SINGLE most irritating bed fellow (57 percent).

Almost HALF (45 percent) of the couples surveyed complained that they have to sleep every night with a ‘Duvet Thief’, frequently waking up to find that they have been stripped of any bedding.

The ‘Face Breather’ - someone who lies too close to their partner’s face (35 percent), and the ‘3am Phone Checker’ - someone who’s always on their phone in bed and wakes you with blue light from their device (30 percent) also made the list.

And a quarter (25 percent) of Brits share their bed with a ‘Starfish’ - someone who spreads out their arms and legs in a starfish-like position, taking up loads of space, while 24 percent are unlucky enough to sleep with a ‘Throat Clearer’- someone who coughs and clears their throat all night long.

In fact, so annoying do we find our partners at night, HALF (50 percent) of us have had to leave the bed and sleep in the spare room or on the sofa, just to get a good kip.

The study found that a quarter (25 percent) of the 2,000 Brits in relationships polled complained they do not feel ‘in sync’ with their partners when it comes to their sleeping positions.

Dreams, which commissioned the research for its Sleep Like Log campaign, has partnered with Craig Revel-Horwood and Sleep Expert, Sammy Margo, to create a visual sleep guide to help Brits ‘sync’ their way to get a better night’s sleep and ultimately "Sleep Like Log.”

In a bid to improve the ten most annoying sleeping habits, Craig and Sammy have come up with six dance-inspired sleeping positions everyone can try at home.

The study also found that more than one in 10 (12 percent) of Brits have broken off a relationship, in part because they just couldn’t sleep well together.

Craig Revel-Horwood commented: “This research shows just how many of us are kept awake at night because our other half has two left feet. Just like dance, there’s no doubt that sleeping is an art form, and of course participating in some exercise, such as dancing, can really help to tire you out and get a better night’s sleep. We’ve all experienced uncoordinated sleep partners and so, I’m hoping my dance-inspired sleep positions will help to inspire the nation to sleep better. Who wouldn’t want to wake up refreshed the next day and improve their performance!?"

Chartered Physiotherapist and Sleep Expert, Sammy Margo, added: “We spend a third of our lives in bed, so compatibility with your sleeping partner and your sleeping position are both really important in influencing the quantity and quality of our sleep. For example, studies have shown that sleeping on your left side is good for digestion, whilst right-side sleepers experience more positive dreams and sleeping next to a ‘Phone Checker’ will disrupt your circadian rhythm. The Sleep Like Log guide will provide readers with a range of tips for a better night’s sleep, as well as some fun, light-hearted sleeping positions to try at home.”

Dreams’ new Slumber Guru, Log, said: “I’ll stop at nothing to get the nation sleeping better and our new ‘Sleep Like Log’ guide is a world first! Where else can you find Craig Revel-Horwood and Sammy Margo’s dance-inspired sleep positions and the mattress of your dreams in one must-have read? Follow the guide, so you too can sleep like me, Log!”

The poll also found that the overwhelming majority (69 percent) of Brits said that sleeping on their side was likely to make them sleep well, while 71 percent said if they’d exercised during the day, they always got a better night’s sleep.

37 percent said jogging helped them get a good kip, 19 percent did weights in the day to ensure they nod off at night, while 16 percent always sleep well after a good dancing session.

The Sleep Like Log guide, curated by Craig Revel-Horwood and Sleep Expert, Sammy Margo, is a visual sleeping guide which takes inspiration from dance choreography, to encourage Brits try out new sleeping positions and ultimately help them to ‘Sleep Like Log’. For more information and to download the guide visit: www.dreams.co.uk/sleeplikelog.

The 10 most annoying types to share a bed with, according to Brits:

Six tips from Sammy Margo, with Craig's six dance-inspired sleeping positions, depending on what sleeper type you are:

The 3am Phone Checker - Sammy’s tip: “Try finding a sleep position where you’re not glaring at your phone. I would recommend turning over on to your other side and set yourself up with a pillow between your knees.” 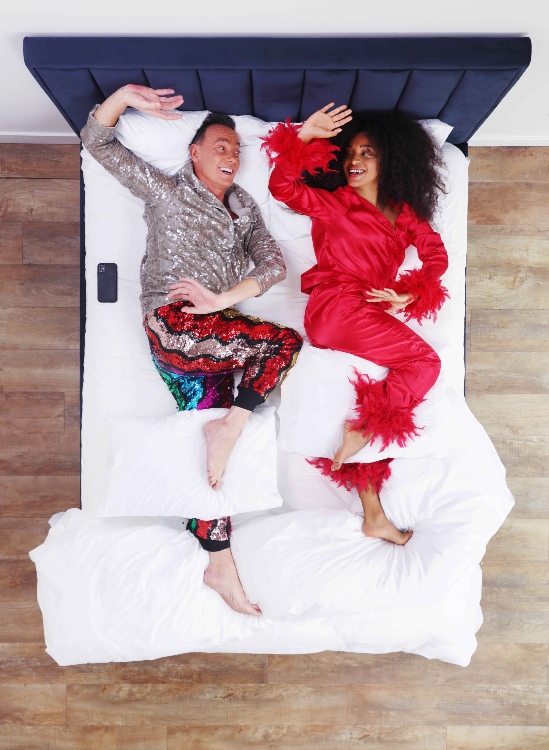 The Arm Number - Sammy’s tip: “Sleep on your back with your arms up. You can also place a pillow under your knees to help soften your lower back." 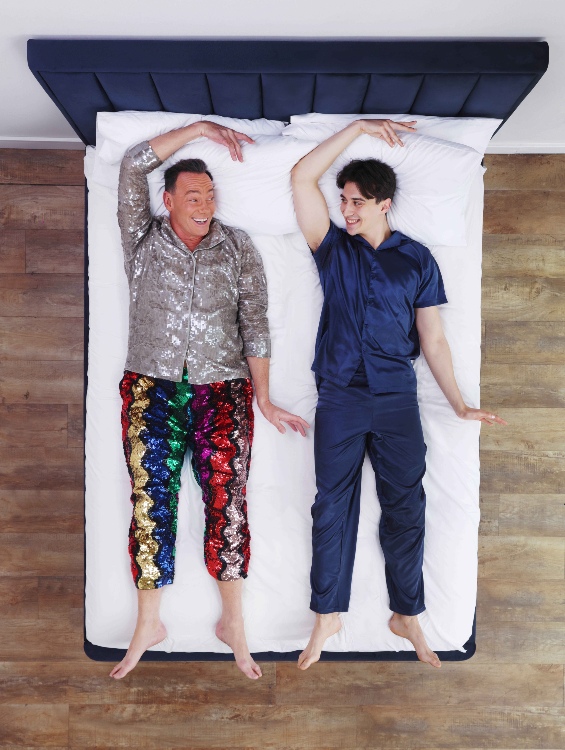 The Throat Clearer - Sammy’s tip: “Sleep on your side to help and stack a couple of pillows or use a wedge to lift your head and neck slightly to help clear your throat. Sleeping on your left side is good for digestion whilst studies have shown that right-side sleepers experience more positive dreams.” 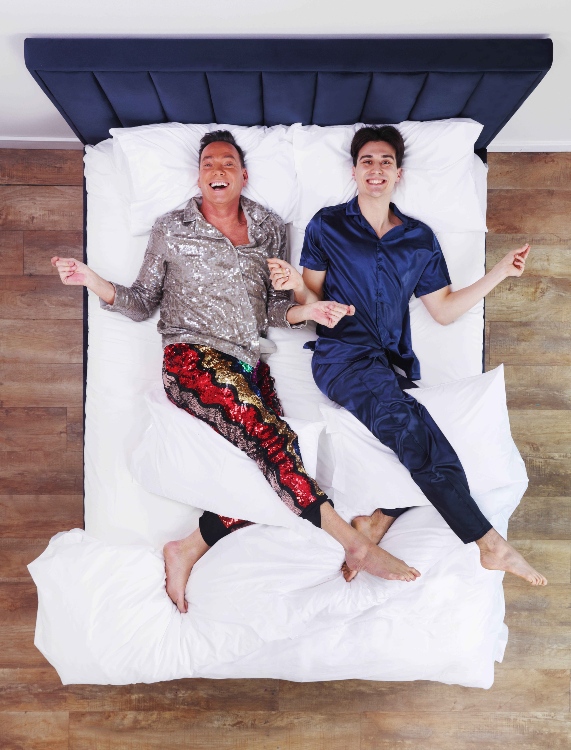 Craig says: Similar to the Jive

The Starfish - Sammy’s tip: “A better position would be to ‘cock’ your leg up and quarter turn your body which will help to keep your neck and low back in a better alignment.” 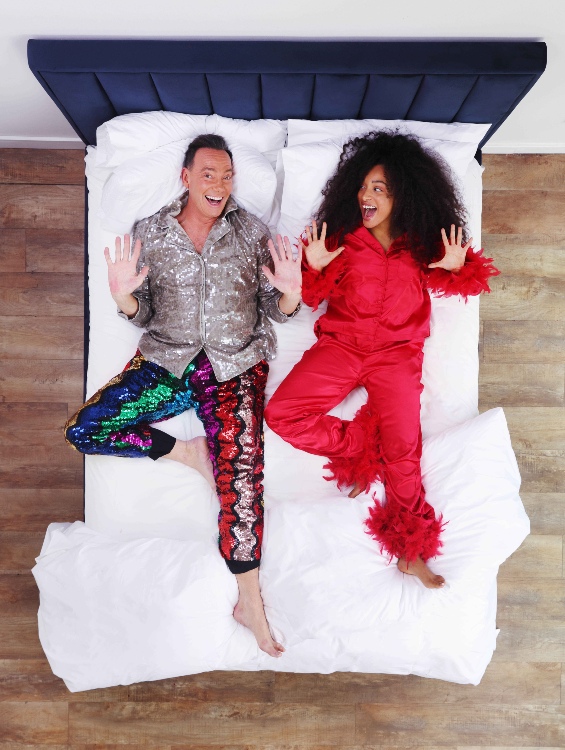 Craig says: Similar to The Charleston

The Snorer - Sammy’s tip: “Sleeping on your back can increase snoring, so try side sleeping so that your airways are more open and less likely to have sleep disturbance or disturb your partner.” 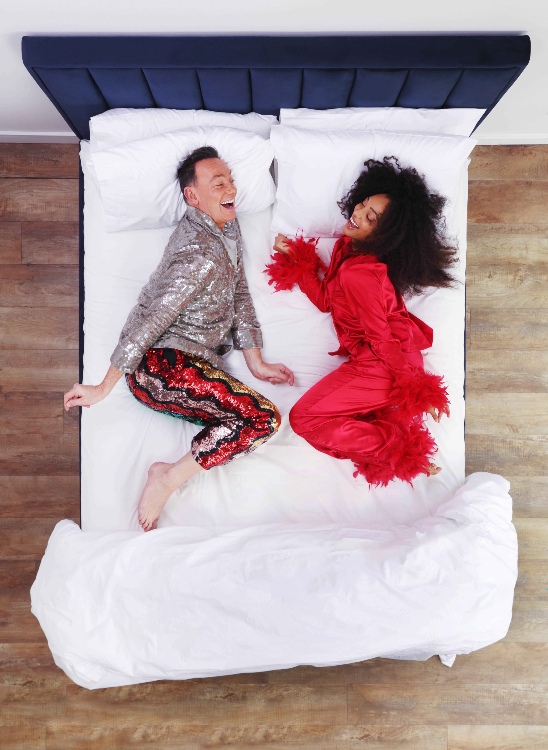 Craig says: Similar to the Tuck Trunk inspired by West Side Story

The Spooner - Sammy’s tip: “Maintain the same sleep position with a little ‘social distance’ between you and your partner in case you want to snuggle up again.” 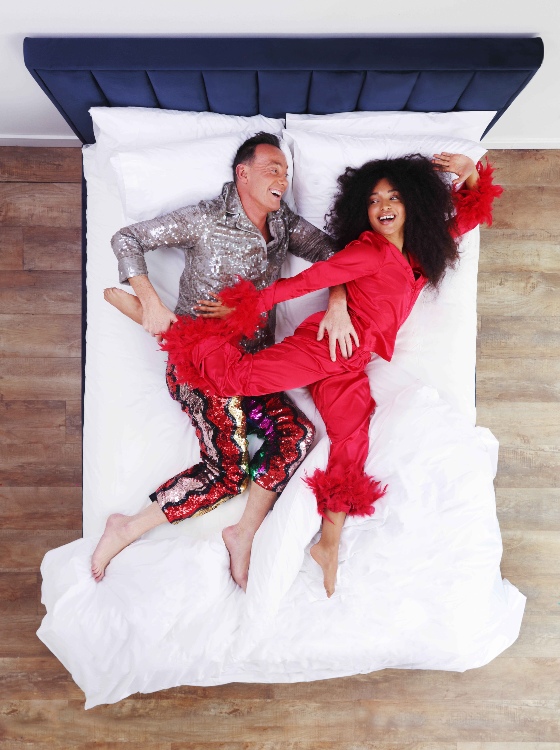 Craig says: Similar to the Tango 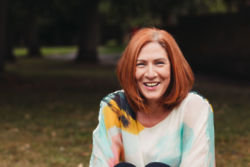 Busting three big myths when improving our sleep in 2022! 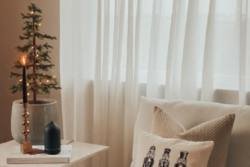 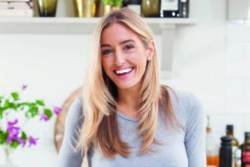 10 festive foods proven to help you sleep better this Christmas