Kate Moss only launched her first fragrance yesterday but already it's reached the top of the celebrity perfume charts.

Kate by Kate Moss is the latest celebrity perfume to be added to the growing list and it's already knocked Jordan off the top spot and sold out in shops after just one day.

Superdrug reports that Kate sold 10% more than Stunning by Jordan which has been at number 1 since it went on sale last week.

Kate hoped the 'vintage English' scent would stand out from the other celebrity perfumes when she launched it in Marakesh.

"I tried to encompass everything that I feel about being feminine and a bit rock 'n roll, a bit edgy and a bit light, a bit dark," she said to Vogue.

The scent was created with perfume experts Coty and comes packaged in a traditional vintage inspired bottle. Kate's black rose motif is also used on the packaging and in the ad campaign.

The adverts were shot by Craig McDean and show Kate sitting naked in a field and innocently playing with a black rose. The theme is designed around the idea of light and dark beauty and also show Kate's good and bad sides that we all hear so much about. 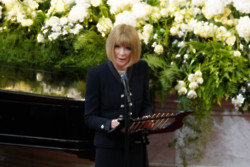 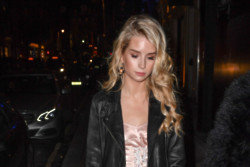